Rep. Roy Blunt (R-Mo.), who is vying to be House majority leader, is unfit for leadership because he represents more of the same corrupting, big-money politics that the American public has become disgusted with and that many reformers in Congress are trying to clean up, this Public Citizen report shows. The report details how much money Blunt has collected from lobbyists and corporate political action committees (PACs), the favors he has done for contributors, the trips he or candidates he has paid expenses for have taken on corporate jets, and how members of his staff have gone to work for major corporations that later donated thousands of dollars to Blunt's political committees. The report also delves into the unsettling nature of Blunts' ties to the fundraising apparatus of indicted former House Majority Leader Tom DeLay (R-Texas) and admitted felon and former super-lobbyist Jack Abramoff. 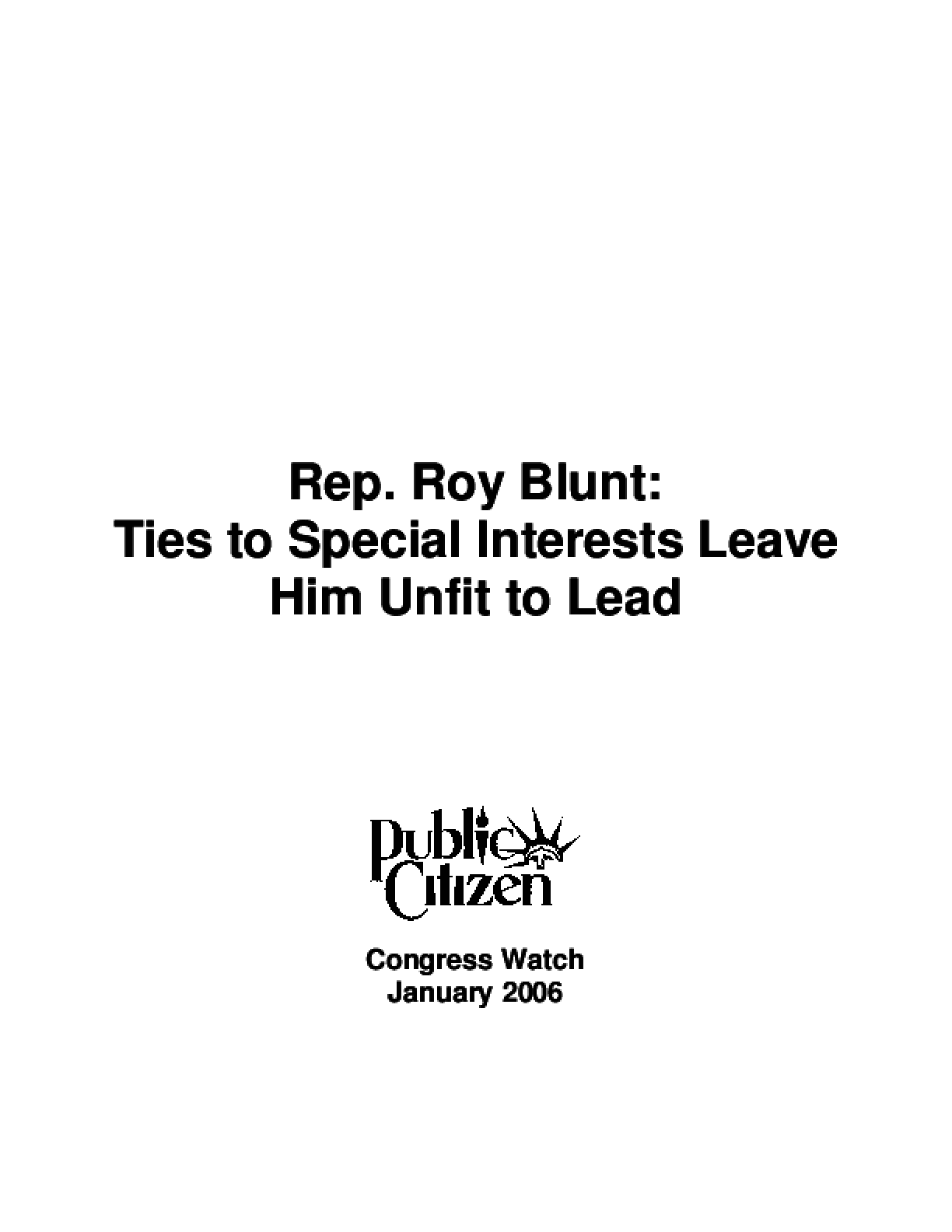