The nation's roads are deteriorating, contributing to a looming financial problem. When we released the first edition of Repair Priorities in 2011, the poor condition of the nation's road network was a direct reflection of decades of decisions to underinvest in repair. In the years since, policymakers continue to pay lip service to the notion of prioritizing repair and "fix-it-first," yet we have little to show for the rhetoric. The latest data in this report shows that the conditions of our roadways have not improved, perpetuating a costly backlog of roads in poor condition. Congress provides states with billions in formula funding that they are free to use for maintenance. Yet, despite the backlog, states continue to spend a significant portion of funding to build new roads, creating costly new maintenance liabilities in the form of new roads and lane-miles. We need to take much stronger action as a nation to reverse the deterioration of our infrastructure. We need a different set of priorities—not simply a higher level of overall investment. We now have years of evidence that simply increasing funding for highways does not solve the problem—the same spending patterns persist: underinvestment in repair and overinvestment in expanding a highway system that we cannot afford to maintain. 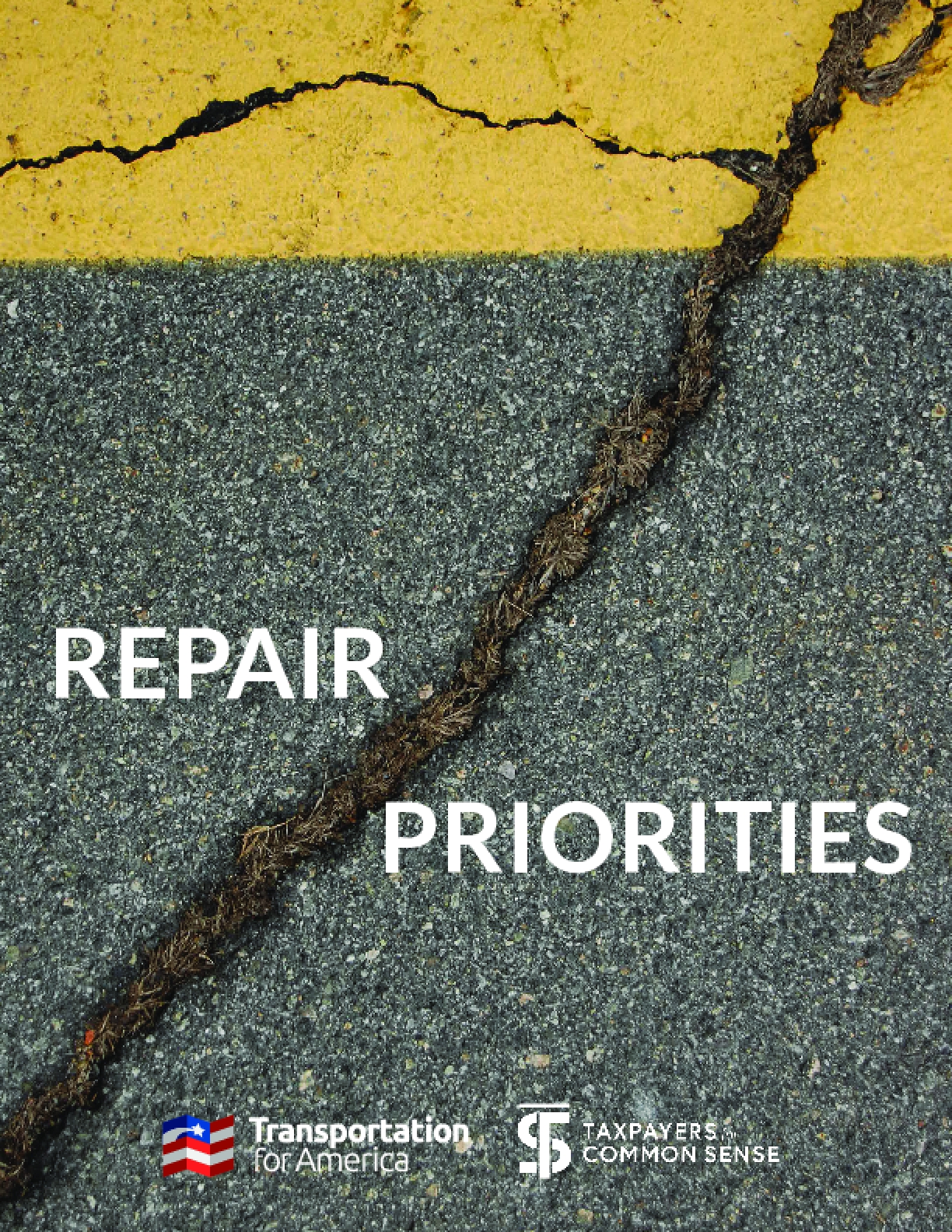