Reparable Harm: Assessing and Addressing Disparities Faced by Boys and Men of Color in California

The California Endowment commissioned this report to highlight the most glaring inequities in socioeconomics, health, safety, and education faced by African-American and Latino men and boys in the state. In addition to presenting the statistics on these indicators, the authors outline a framework for addressing the disparities at the individual, community, and macro levels. 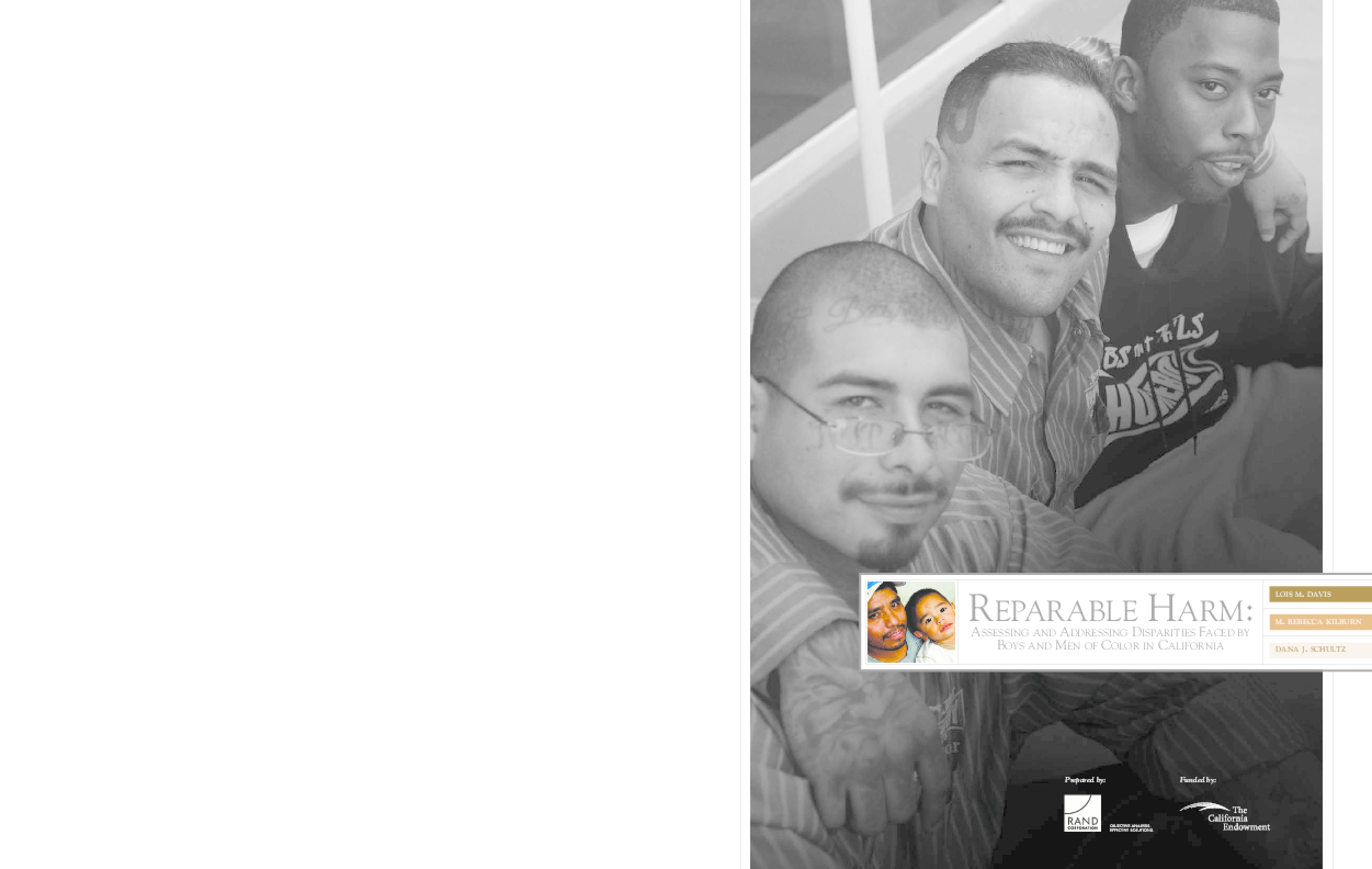