A great deal of misinformation exists regarding sex selection in the United States. We have identified six inaccuracies commonly associated with sex-selective abortion and laws prohibiting it. They appear, among other places, in statements made by legislators, testimony submitted to legislatures, and reports issued by legislative committees that have considered or adopted laws banning sex-selective abortion. We present each piece of inaccurate information as a "myth." This Report draws on legal research, empirical analysis of U.S. birth data, field-work, and an extensive review of scholarly publications in social sciences, law and other disciplines to replace these myths with facts. 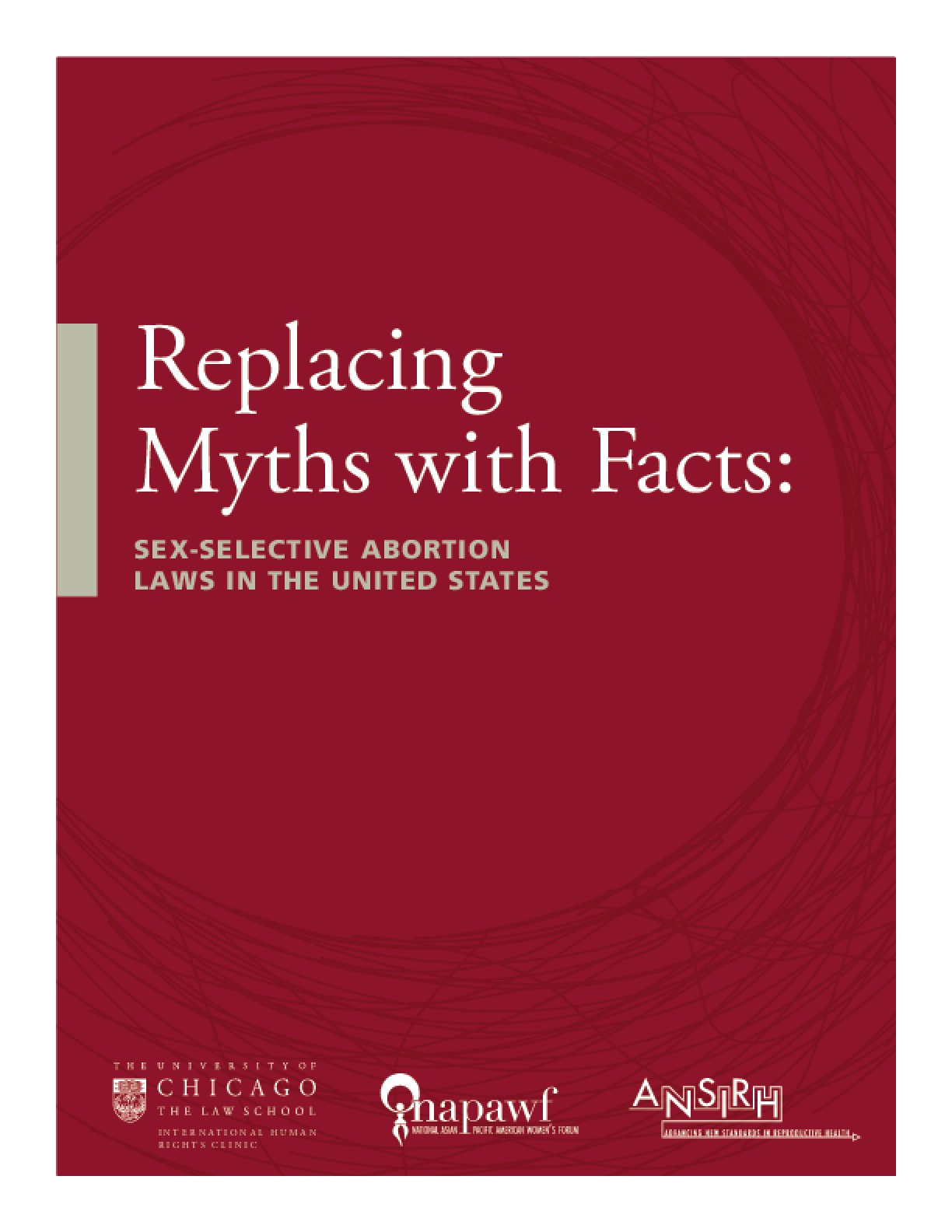