This report chronicles the racial disparity that permeates every stage of the United States criminal justice system, from arrest to trial to sentencing. In particular, the report highlights the influence of implicit racial bias and recounts the findings of the burgeoning scholarship on the role of such bias in the criminal justice system. The report then details the ways in which the Supreme Court of the United States has curtailed potential remedies by discounting the importance of implicit bias and requiring that intentional discrimination be proven in constitutional challenges. Finally, the report offers recommendations on ways that federal, state, and local officials in the United States can work to eliminate racial disparity in the criminal justice system and uphold its obligations under the Covenant. 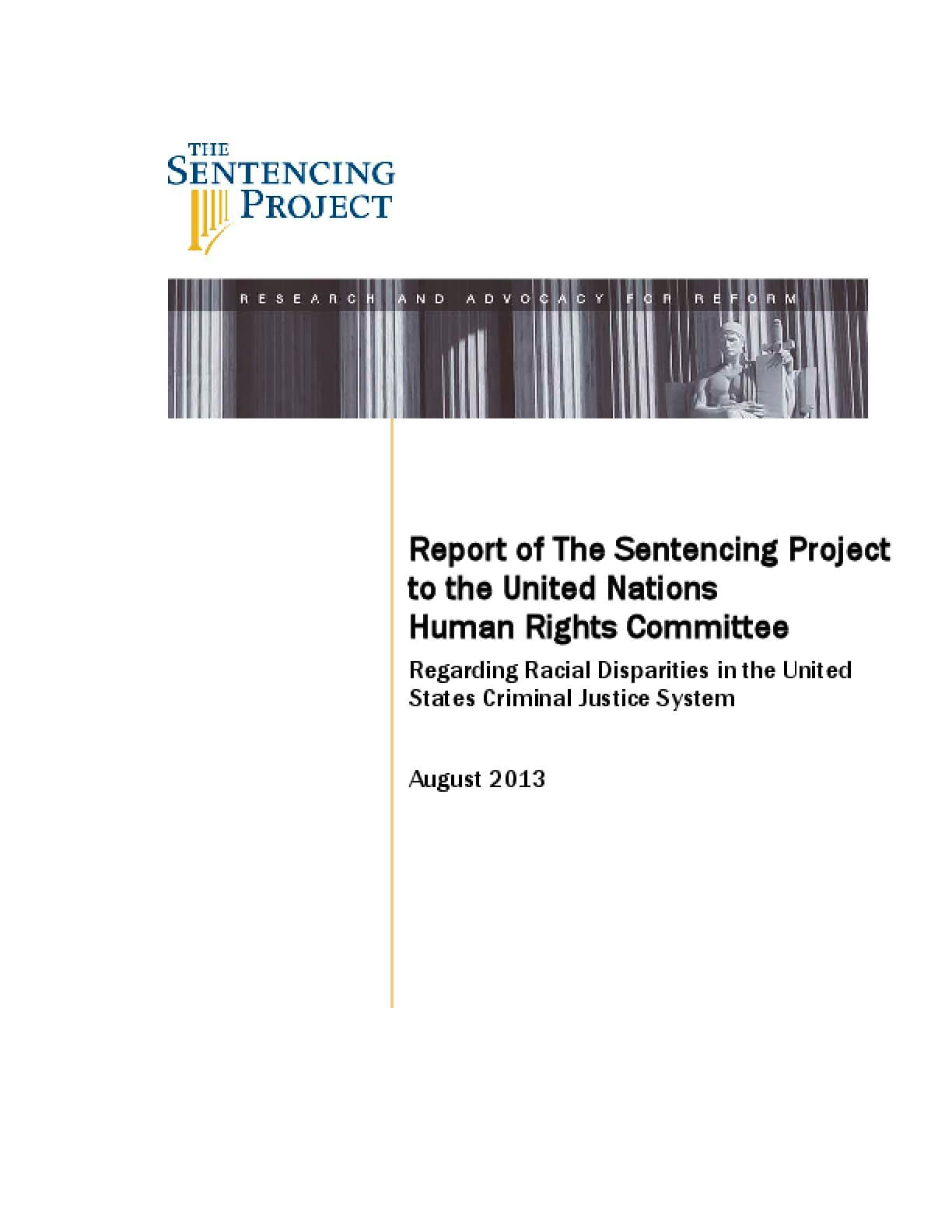