The gun lobby claims that only ìlaw-abiding citizensî have concealed weapons licenses or permits. From that assumption, the gun lobby argues that having more people carrying loaded, concealed firearms makes society "safer." Both claims are false.


Studies by reputable academics who study this problem have discovered, "[T]he weight of the evidence is now firmly behind those who have found that right-to-carry laws do not reduce, and may even increase, the overall level of crime."


The following incidents -- specific events described in our nation's newspapers -- involve crimes or misdeeds reportedly at the hands of people licensed to carry concealed weapons. It is important to note, however, that these incidents represent only a fraction of the total number of dangerous and deadly incidents involving concealed carry licensees. This is the case because a suspect's status as a concealed carry permit-holder is often not reported by law enforcement or the media, and also because such information is steadily becoming less available to the public due to gun lobby intimidation. 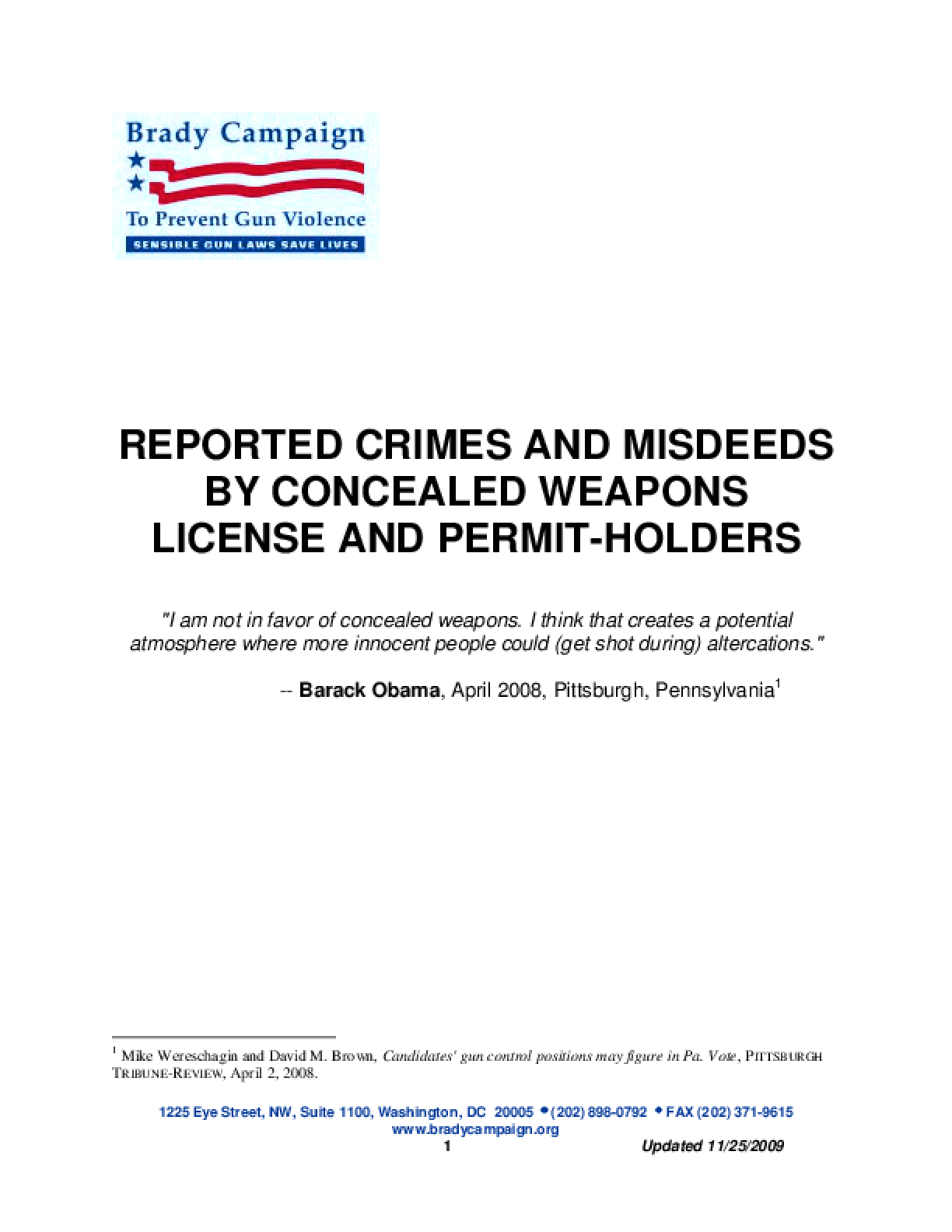