Every 10 years, political districts at all levels of government are redrawn to make sure they are equal in population as required by the U.S. Constitution.1 Currently every state apportions representatives and draws congressional and state legislative districts on the basis of a state's total population.2 That is, when districts are drawn, all people living in the state, including children and noncitizens, are counted for the purposes of representation.

However, some Republican political operatives and elected officials aim to unsettle this long-standing prac[1]tice by excluding children and noncitizens from the popu[1]lation figures used to draw state legislative districts.3 Rather than count everyone, states would draw districts based only on the adult citizen population.

Making such a break with current practice and prece[1]dent would be of dubious legality and would leave states vulnerable to a host of legal challenges. It also would have major practical implications for redistricting. This study looks at what such a change would mean for representa[1]tion and the allocation of political power in the United States by focusing on its impact three demographically distinct states: Texas, Georgia, and Missouri. 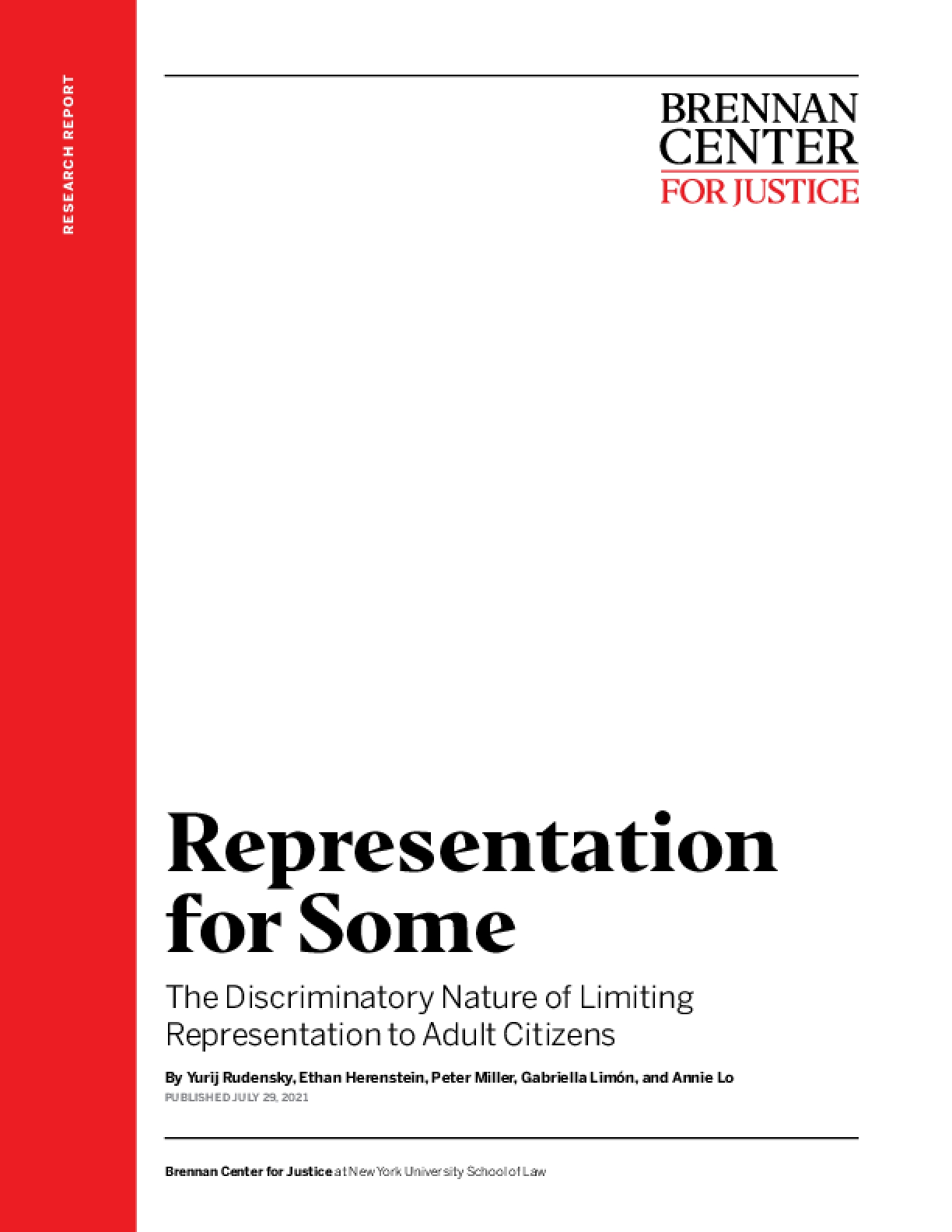