Representation of Lesbian and Gay Men in Federal, State, and Local Bureaucracies

Americans increasingly view lesbians and gay men as a legitimate minority, entitled to equal employment opportunities and perhaps to adequate representation in government. Scholars of public administration have extensively studied whether women and racial minorities receive fair representation and pay in the public sector, but we have generally ignored lesbians and gay men, largely because we lack data on the sexual orientation of government employees. Using a 5 percent sample of the 2000 Census, this paper provides new insights into one group of lesbian and gay employees: full-time workers with same-sex unmarried partners. It first determines whether they are as likely to hold jobs in the public and nonprofit sectors as workers who are married, have different-sex unmarried partners, or have never been married. Second, it explores whether lesbians' and gay men's representation is concentrated in particular occupations. It then examines whether workers with same-sex partners earn as much as other workers, and whether any disparities can be explained by race, gender, education, age, occupation, and location. Working Paper 08-21 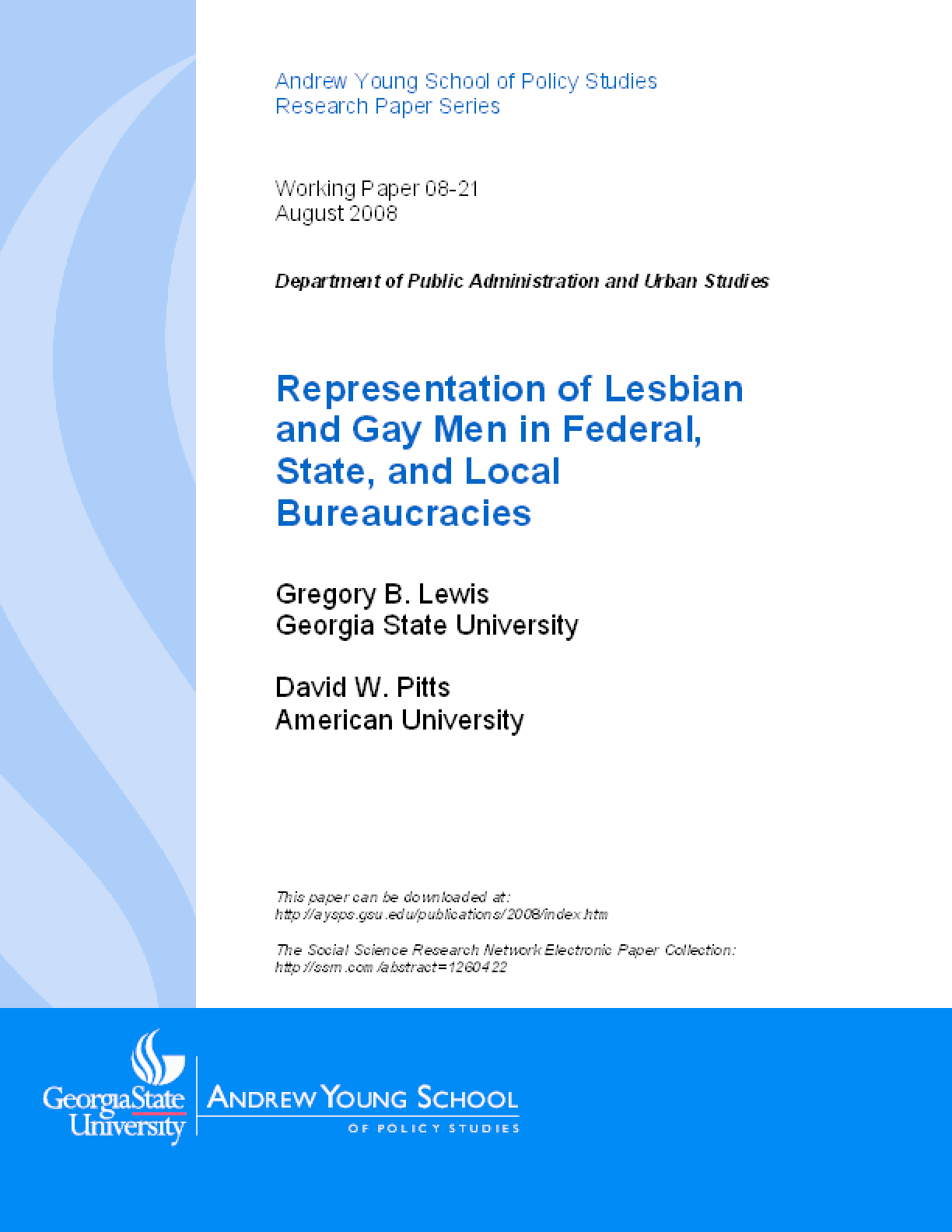