Sterling Municipal Light Department (SMLD) is a municipal utility serving the small New England town of Sterling, Massachusetts, with 3,700 residential, commercial, municipal, and industrial customers. In 2013, with a total of 3.2 megawatts (MW) of solar PV installed, SMLD became the number one utilityin the country for solar watts per customer. Solar accounted for approximately 30 percent of SMLD's peak load. At this high level of penetration, the variable nature of solar generation bagan to cause problems. Additionally, the costs of capacity and transmission services, based on SMLD"s peak demand for power purchased from the grid operator, were rising dramatically. These costs increased from $500,000 in 2010 to $1.2 million in 2017. SMLD needed a new strategy to firm the output of its solar generation and control rising costs linked to the utility's share of regional demand peak.

The town of Sterling was considering adding a natural gas peaker plant to avoid rising capacity costs at its Municipal Light Department. But this idea was abandoned when the option of energy storage presented itself in the form of a state grant program offered through the Massachusetts Department of Energy Resources (DOER), called the Community Clean Energy Resiliency Initiative (CCERI). The grant program, initiated after Superstorm Sandy devastated the Northeast,w as designed to support municipal resilient clean energy systems. The town had also been hit by an ice storm in 2008, which had left residents without power for up to 14 days; thus, reciliency had been a longtime conern for the town. Energy storage presented an attractive means to firm the town's solar resources, add reciliency for critical infrastructure, and control rising costs. 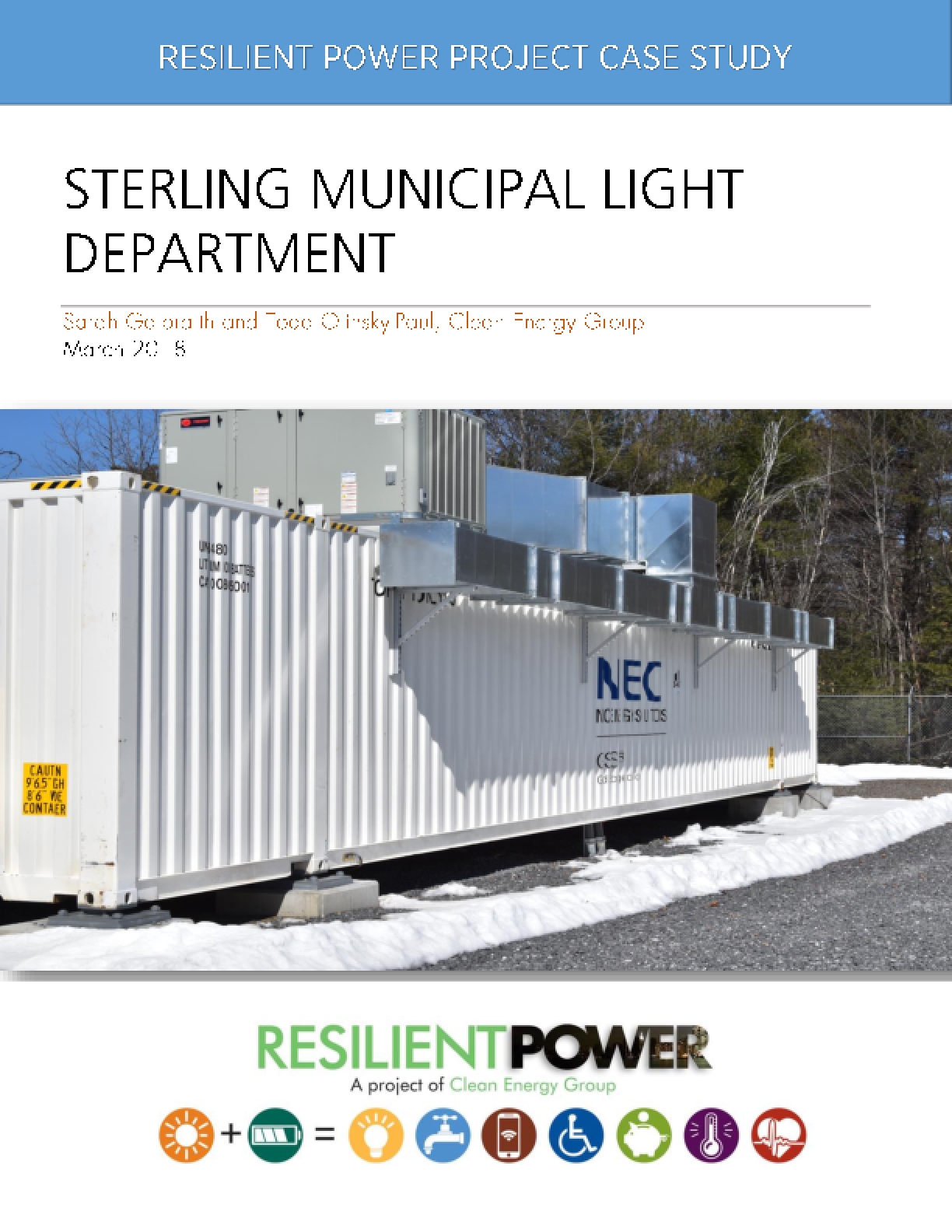