Responding to the Victorian Bushfires: What Role for Philanthropy?

In February 2009, due to record temperatures and a prolonged heatwave, several firestorms merged and raged across the state of Victoria, culminating in Australia's worst natural disaster in recorded history. The fires were catastrophic, covering over 400,000 hectares and leaving behind over 200 fatalities, hundreds injured, and over 7,000 homeless. 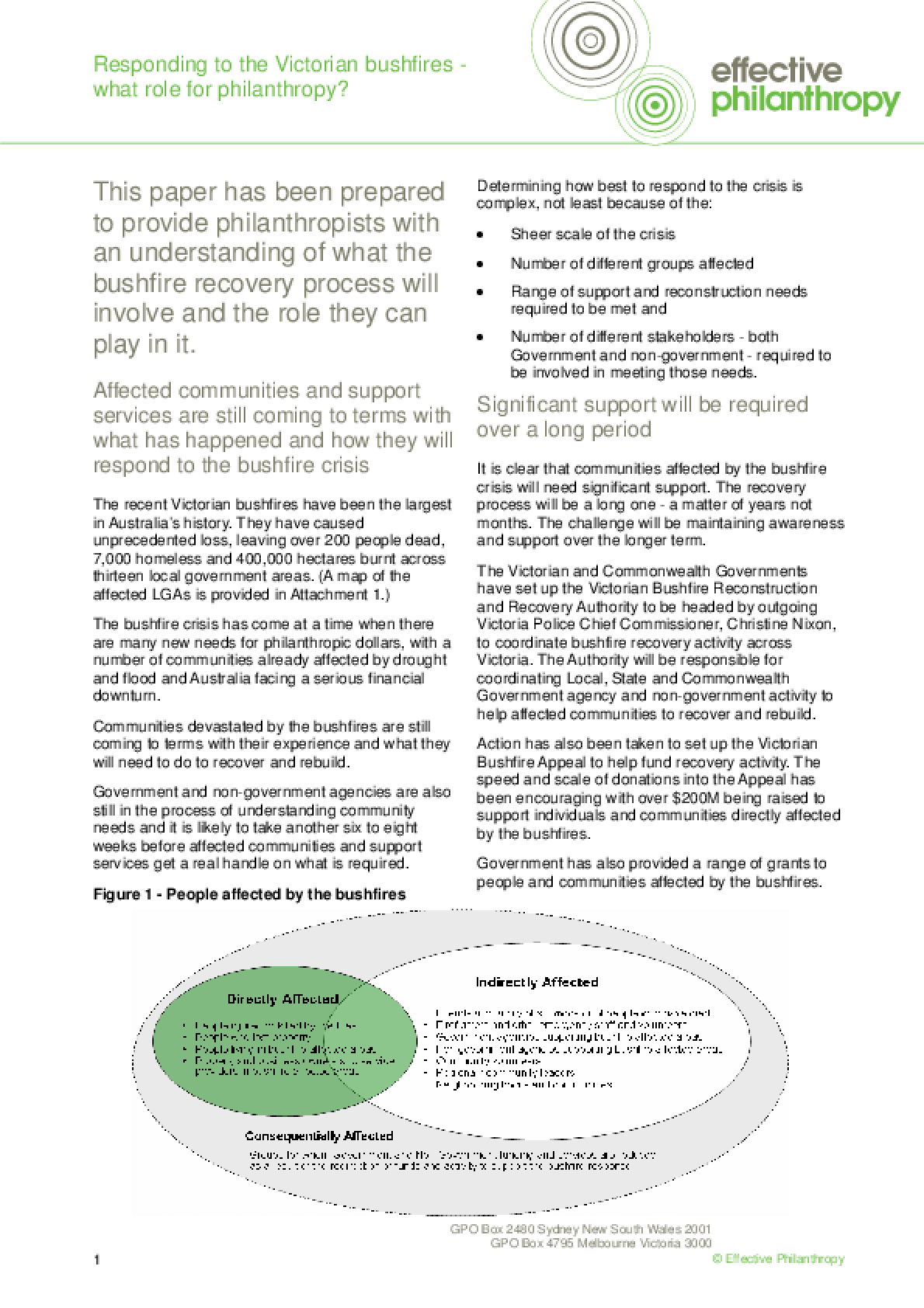