Restraint and Seclusion of Students With a Disability Continue to Be Common in Some School Districts: Patterns Remain Relatively Consistent Despite Recent Policy Changes 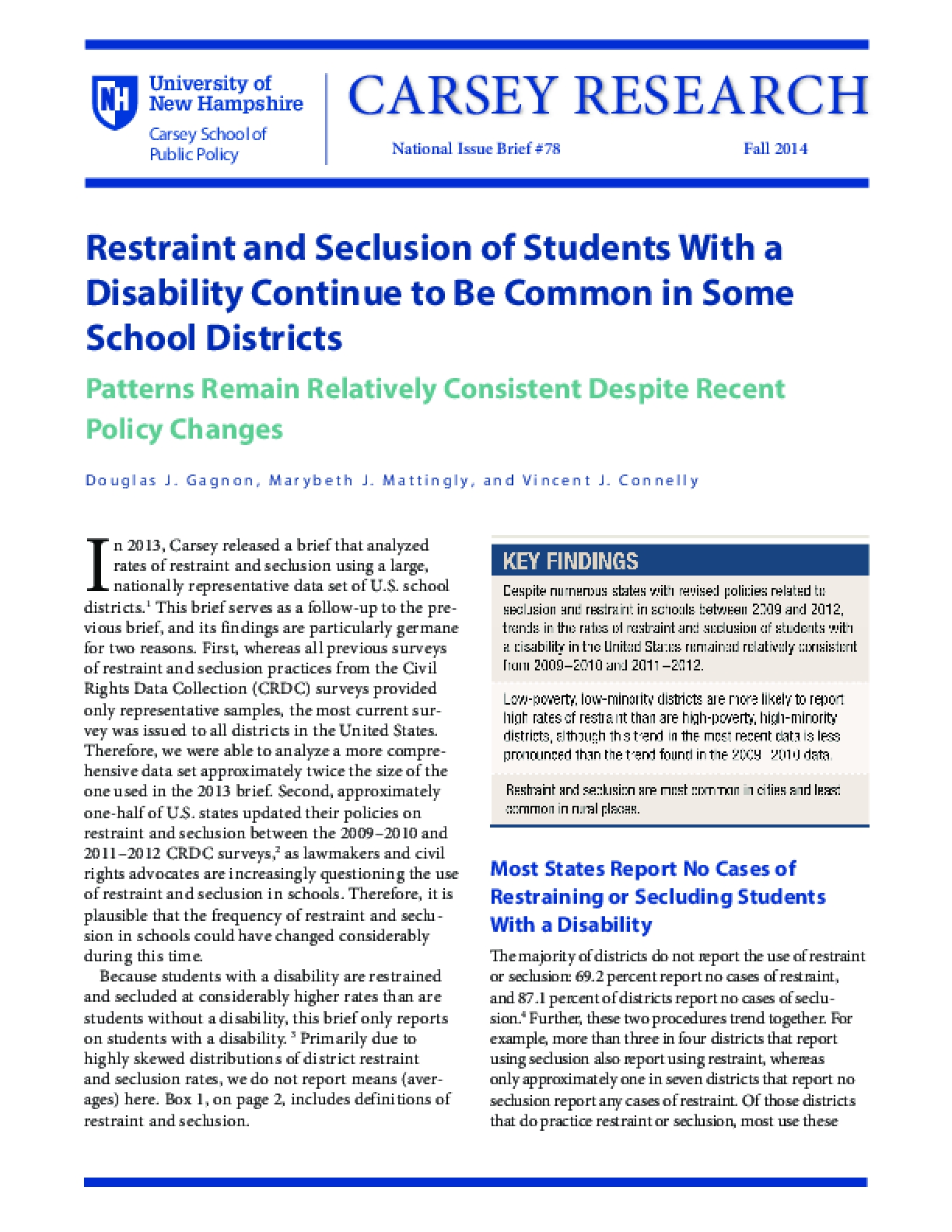