Restrictions on European Union Citizens’ Freedom of Movement and Residence in the Country on Grounds of Public Policy, Public Security and Public Health

The free movement of persons is one of the most successful European Union projects, serving as a majorly important factor promoting the European integration processes. The adoption of the Treaty on the European Union and the creation of EU citizenship implemented significant changes: the status of EU citizens and their right to move and reside freely within the territory of the Member States can no longer be interpreted in the way it was before the adoption of the Treaty on the European Union. There are no requirements for EU citizens within the Treaty to pursue professional or independent activities or to work under an employment contract in order to access provided rights. However, the right of free movement is not unlimited. The administrations of the Member State governments are authorized to impose restictions on the free movement of citizens.

In the light of these facts, this article examines exceptions in the field of free movement of persons and indentifies concepts of public policy, public security and public health. 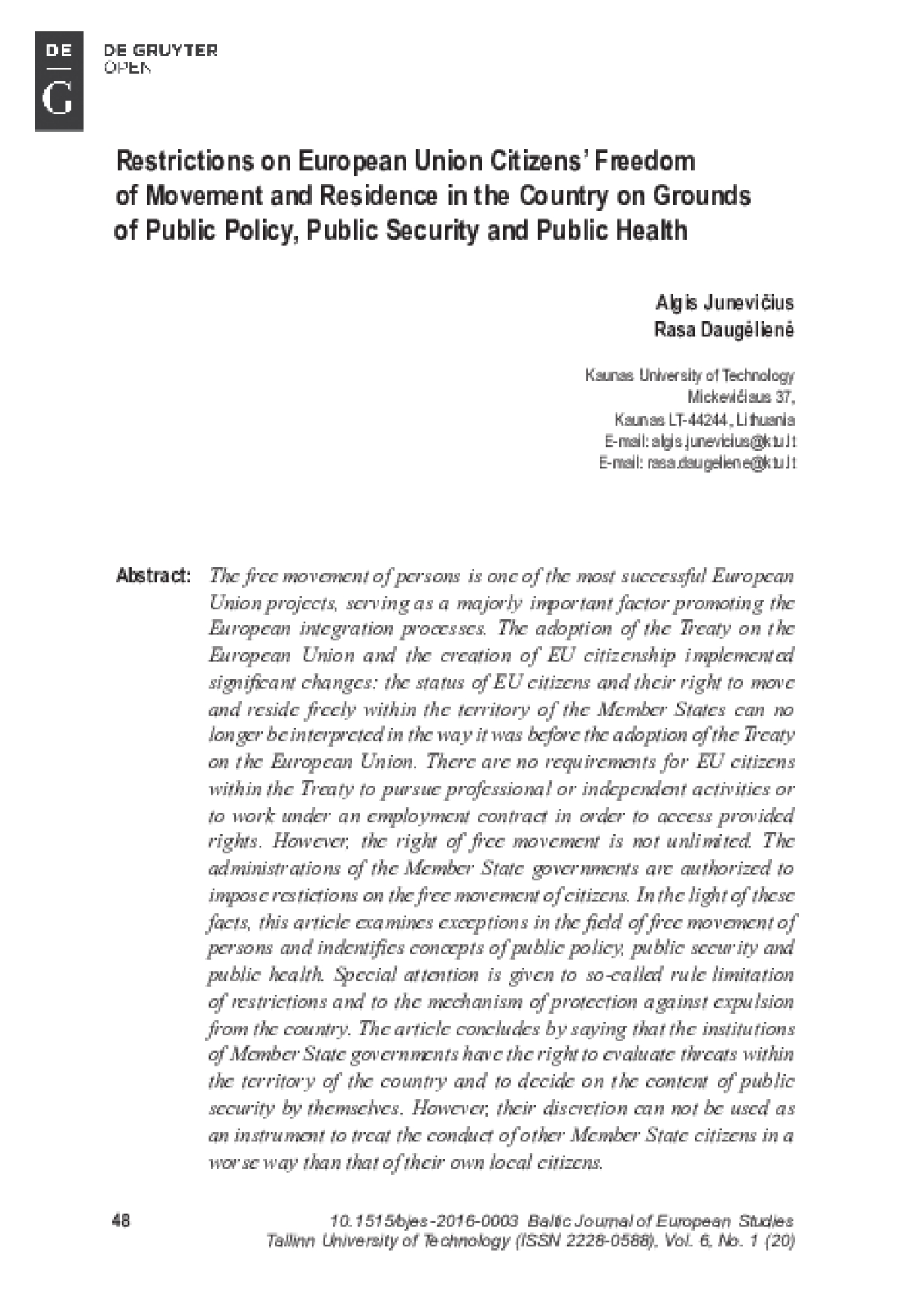