The National Farm to School Network (NFSN), in partnership with Michigan State University Center for Regional Food Systems, launched the 2018 National Farm to Early Care and Education Survey in the spring of 2018. ECE providersacross the country were surveyed to learn about current farm to ECE initiatives, including motivations for participation and challenges to starting or expanding farm to ECE practices. The survey also gathered information from sites not yet participating in farm to ECE to better understand barriers and needs for support. The 2018 survey is based on previous farm to ECE surveys conducted in 2012 and 2015.

Survey respondents were recruited from a compiled list of emails of licensed and exempt providers from across the U.S., including center-based and home providers, Head Start and Early Head Start, public and private preschools, and preschool and childcare in K-12 school districts. The survey was offered in both English and Spanish. Across the U.S., there are approximately 118,000 family child care providers and 129,000 center-based ECE sites. Efforts were made to obtain representative responses from across ECE site type and across states and regions. Provider email lists wereunavailable in some states and territories, thus limiting survey distribution in those areas. Despite this, the 2018 survey offers a representative snapshot of farm to ECE initiatives across the U.S. 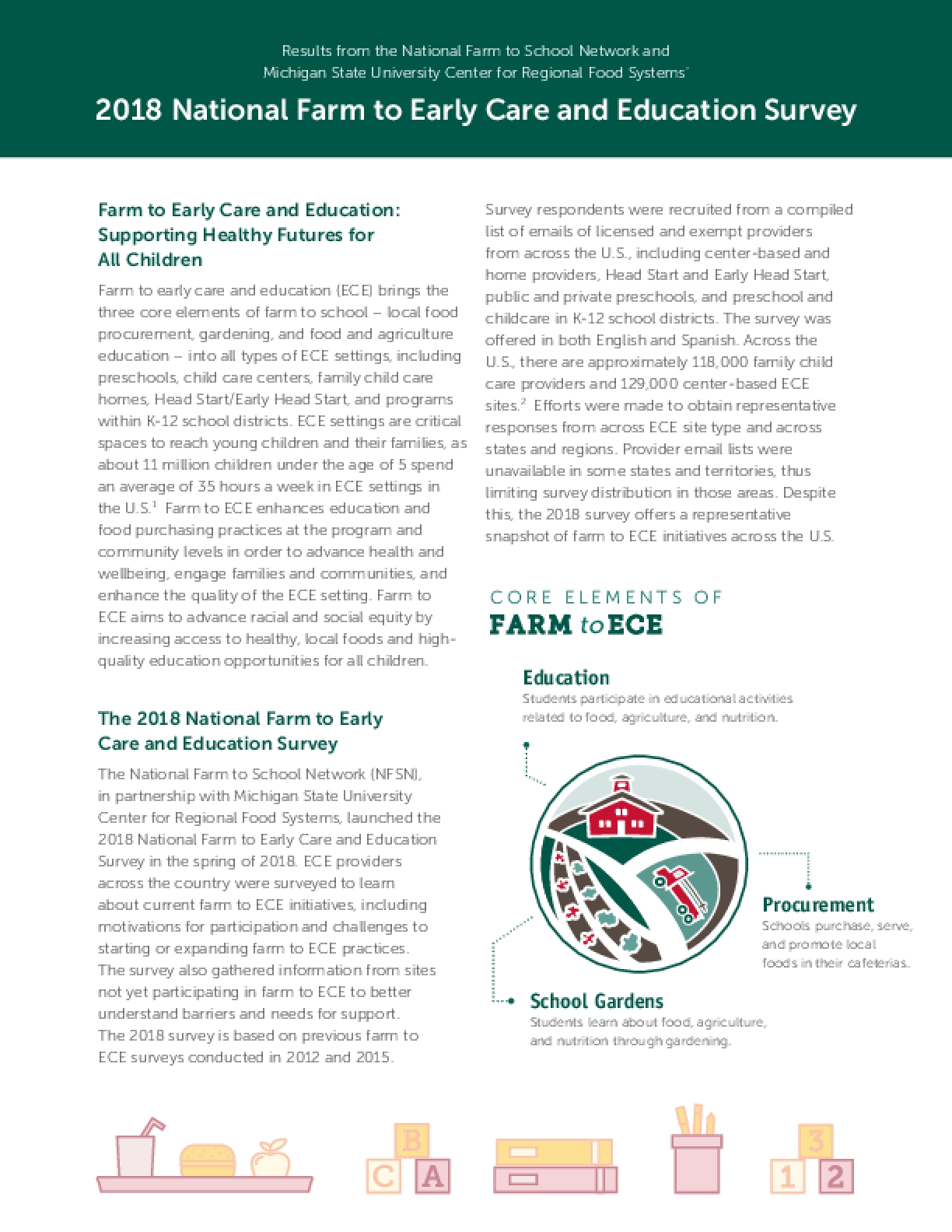