Retail's Choice: How Raising Wages and Improving Schedules for Women in the Retail Industry Would Benefit America

Today women make up nearly half of America's workforce, and there is little question that their success in the economy is critical to the nation's prosperity. Yet every day across America, millions of women go to work in low paying jobs that fail to move their families out of poverty. One such low-paid position is the most common occupation in America today: retail salesperson. The typical woman working as a salesperson earns just $10.58 an hour: a wage that keeps a family of three near poverty, even if the employee is able to secure enough hours for full-time work. American women disproportionately hold the retail industry's lowest-paid positions. Jobs that could be a source of stability to families and growth for the national economy too often involve not only low pay but erratic schedules, a lack of sufficient work hours, and the scarcity of basic benefits like paid sick days -- making hourly retail jobs precarious positions holding back not just women but their families and our nation as a whole. 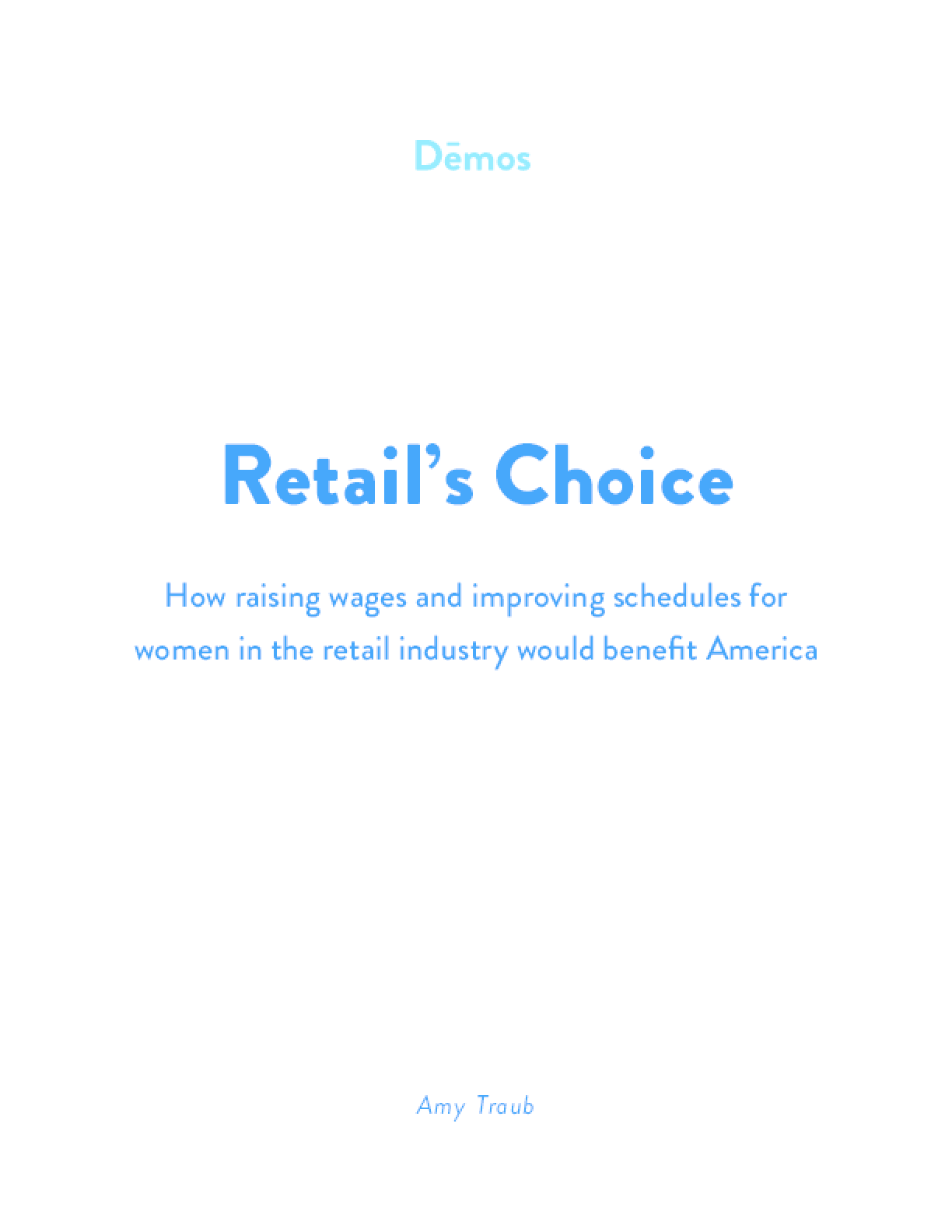