In 2020, the S. D. Bechtel, Jr. Foundation concluded operations, following 64 years of grantmaking and a 2009 decision to spend down its assets. During the 12-year spend-down period, as the Foundation made and implemented decisions about its final initiatives and areas of emphasis, a number of lines of work were concluded. The salient aspects of many of these efforts were documented by the Foundation through retrospectives, which were originally intended to support internal learning but were also made public.

This retrospective summarizes the Foundation's Alzheimer's disease grantmaking, which consisted of support for the work of 15 scientists, seven multidisciplinary research centers, and a regional scientific symposium beginning in 1998. Final payments on grants awarded were made in 2015. Overall, the Foundation invested $19.2 million, making 47 grants to seven organizations across five states (California, Maryland, Massachusetts, Illinois, and Alabama). 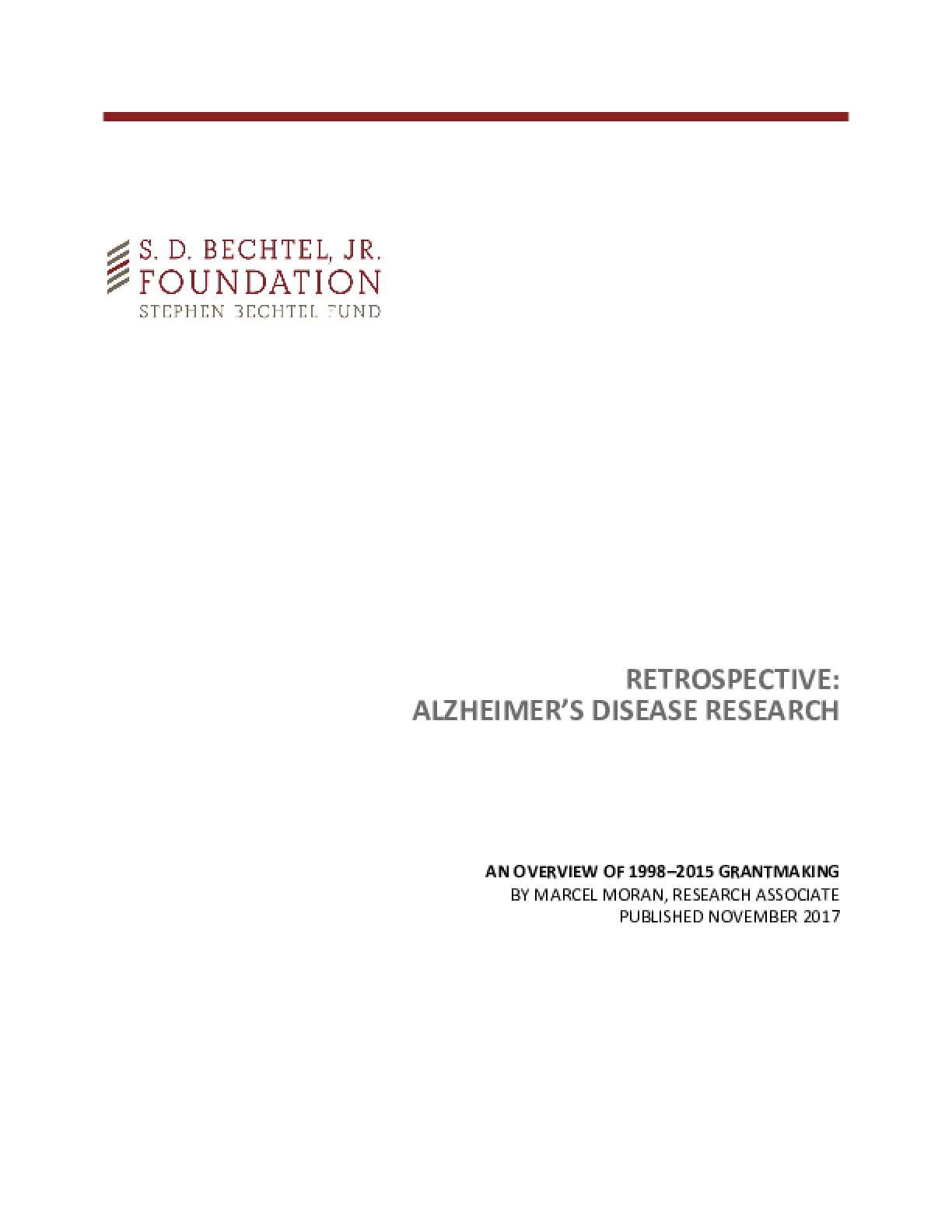