In 2020, the S. D. Bechtel, Jr. Foundation concluded operations, following 64 years of grantmaking and a 2009 decision to spend down its assets. During the 12-year spend-down period, as the Foundation made and implemented decisions about its final initiatives and areas of emphasis, a number of lines of work were concluded. The salient aspects of many of these efforts were documented by the Foundation through retrospectives, which were originally intended to support internal learning but were also made public.

This retrospective summarizes the Foundation's grantmaking in support of engineering education. From 1985 to 2014, the Foundation provided over 150 promising students access to high-quality education in engineering. This support included need-based financial aid at some of America's top universities as well as support of other scholarship funds. In some cases, the Foundation specified its support for populations that have been historically underrepresented in engineering, including women and students of color.

In total, this portfolio encompasses 128 grants across 30 years. Grants totaled $6.9 million to 25 organizations and universities, with the largest share ($4.14 million) going to the named "Bechtel Engineering Scholarships." 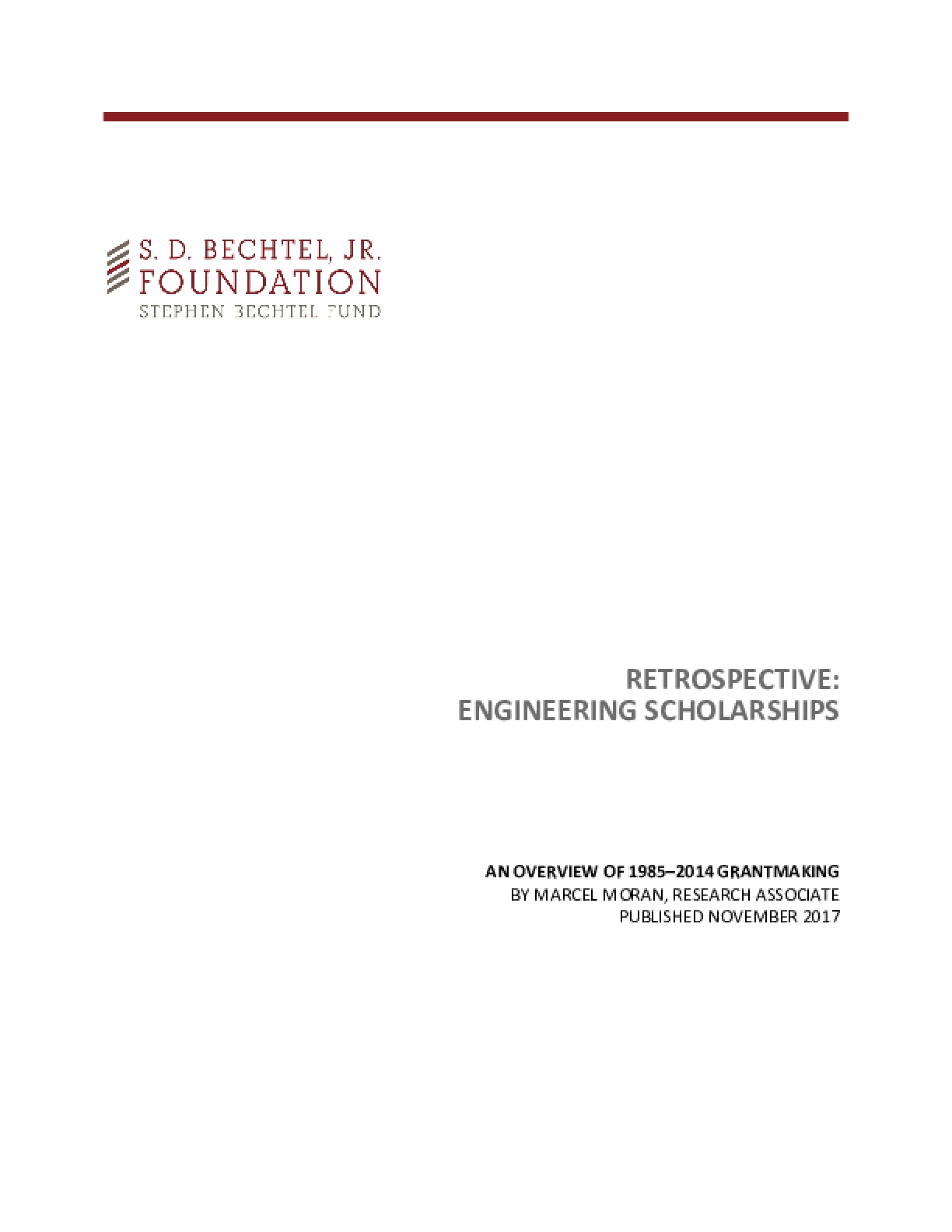