Review of "Fix the City Schools: Moving All Schools to Charter-Like Autonomy"

A recent report from the Reason Foundation argues for significant changes in how public education is organized and delivered in large cities. The report argues that city schools should move toward a "portfolio" of schools model. In such a model, the district does not necessarily operate schools, but instead focuses on closing low-performing schools and opening new ones under the management of autonomous people or corporations. The report cites improvements in student achievement in New Orleans that have accompanied a substantial shift in the city towards charter and autonomous schools. However, the heavy reliance on New Orleans is a significant weakness in this report, as there are myriad reasons unrelated to the portfolio approach that likely explain some or all of the gains, including substantial population shift of low-income children post-Hurricane Katrina and a significant increase in resources. The findings from New Orleans are supplemented by examples from other cities, but these examples and other arguments throughout the report rest not on systematic research but instead on carefully selected examples intended to support a particular perspective. 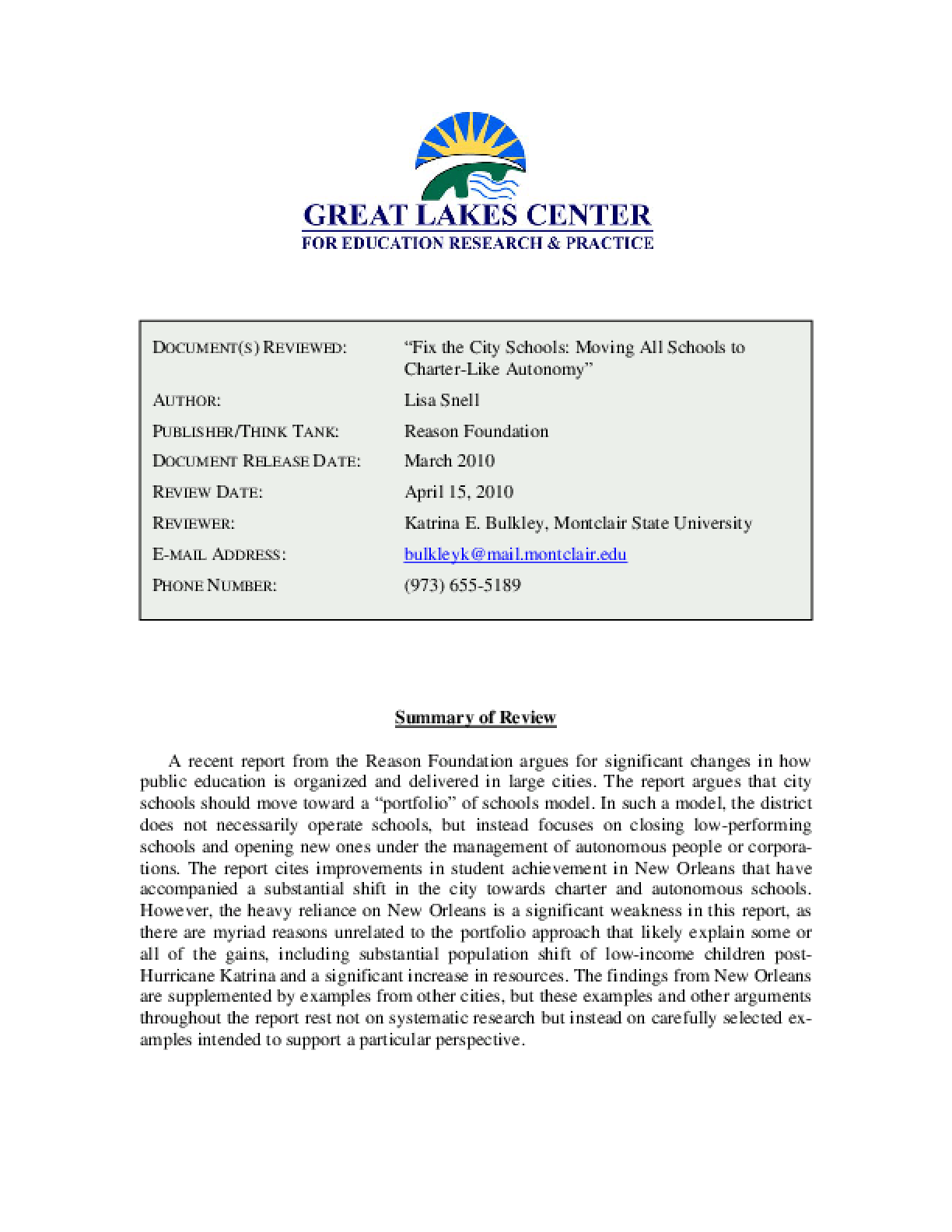