The number of immigrants in the United States from El Salvador, Guatemala and Honduras rose by 25% from 2007 to 2015, in contrast to more modest growth of the country's overall foreign-born population and a decline from neighboring Mexico.

During these same years, the total U.S. immigrant population increased by 10%, while the number of U.S. Mexican immigrants decreased by 6%, according to a Pew Research Center analysis of U.S. Census Bureau data. 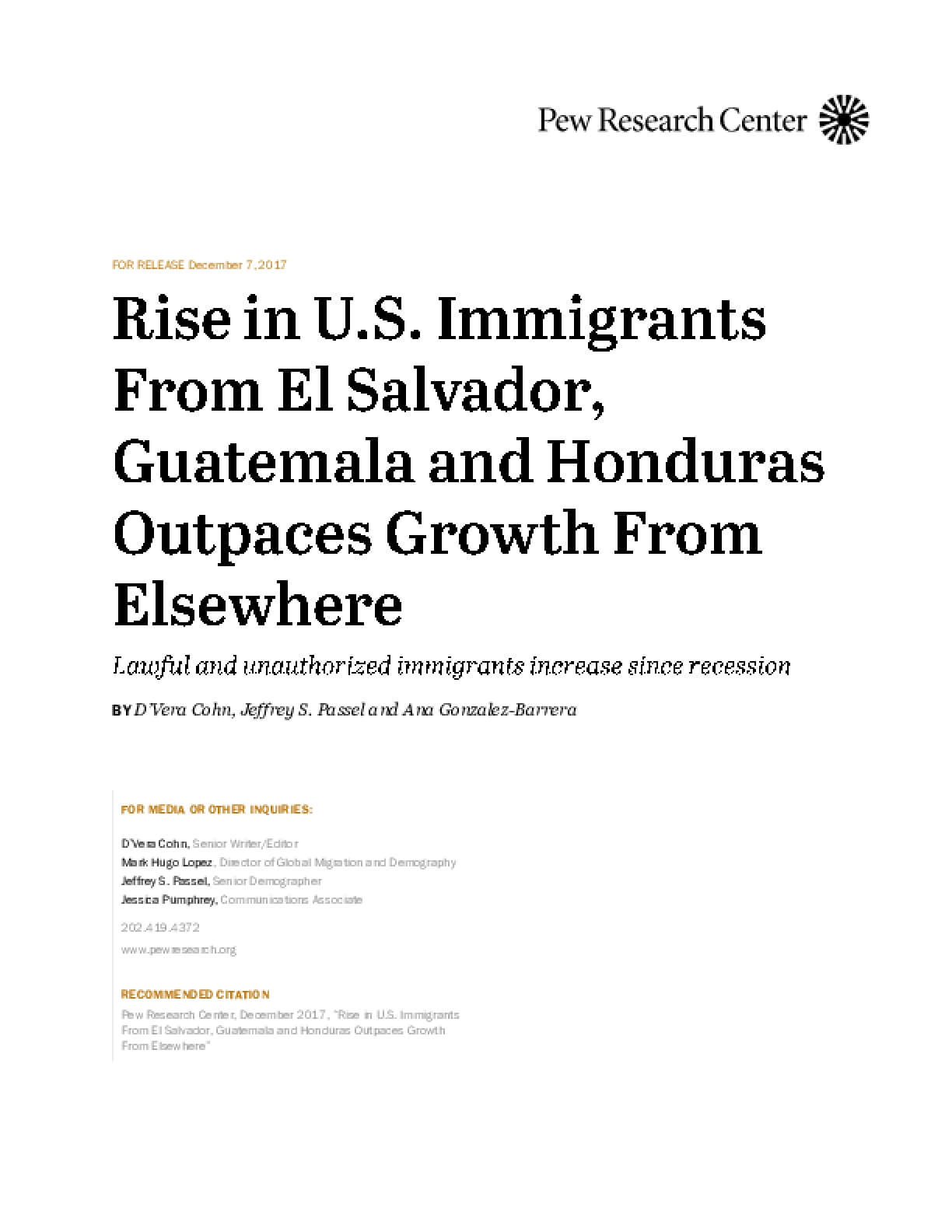