Rise of the Renter Nation: Solutions to the Housing Affordability Crisis

Private homeownership cannot serve as our only model for decent, stable housing. While the most recent speculative bubble raised the proportion of homeowners nationwide to 70 percent of all households, this gain was an illusion that vanished as the market collapsed. A longer view reveals that for three decades before the bubble began in the mid-1990s, homeownership rates hovered around 64 percent, despite massive federal and market support. Further, the historic average obscures important and severe racial disparities in homeownership rates, which have never exceeded 50 percent for black and Latino populations. Yet, policy and even much of the progressive analysis of the housing crisis seem incapable of acknowledging -- much less acting on -- these realities. The result is a national dialogue about the housing crisis that all but ignores the growing renter class, where the crisis is concentrated, and retains a myopic focus on private ownership. The following report is a reality check. It attempts to redirect the conversation and provide an agenda for genuine housing security for all. 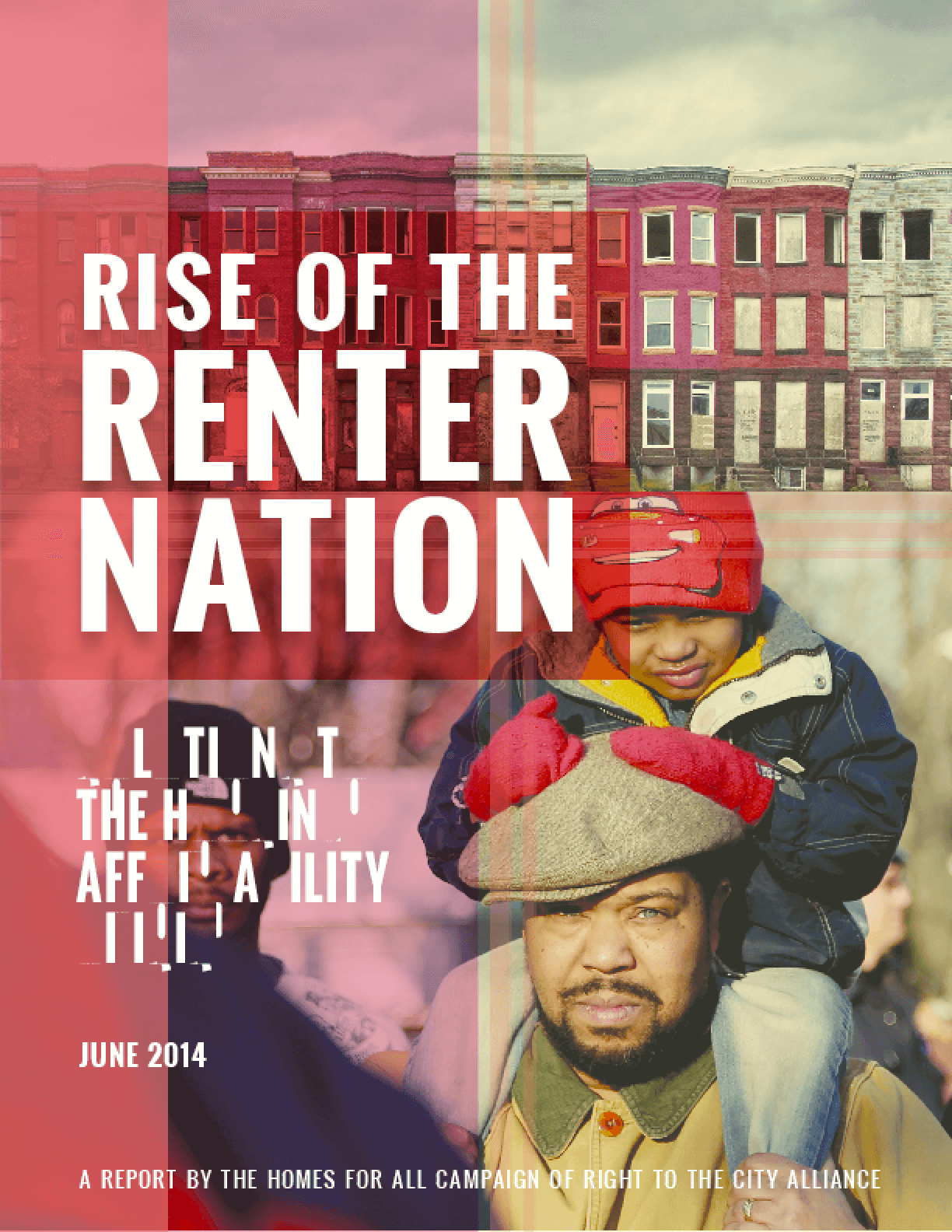