Rising Disability Payments: Are Cuts to Workers' Compensation Part of the Story?

There has been a large increase in the number of workers receiving Social Security Disability Insurance (DI) over the last quarter century. While most of this increase is explained by well-known demographic factors, such as the growing number of women in the workforce and the aging of the baby boomers, there is considerable concern that workers are increasingly choosing to collect DI benefits as an alternative to working. This concern has figured prominently in the debate over plans to maintain full funding for the DI program beyond the projected DI trust fund depletion date in late 2016.

This paper examines the extent to which cuts in state workers' compensation (WC) benefits may have contributed to the rise in DI awards. To some extent, these programs may be seen as alternative sources of support for workers with job-related injuries. Insofar as injured workers are less able to receive WC benefits, they may be more likely to turn to the DI program. 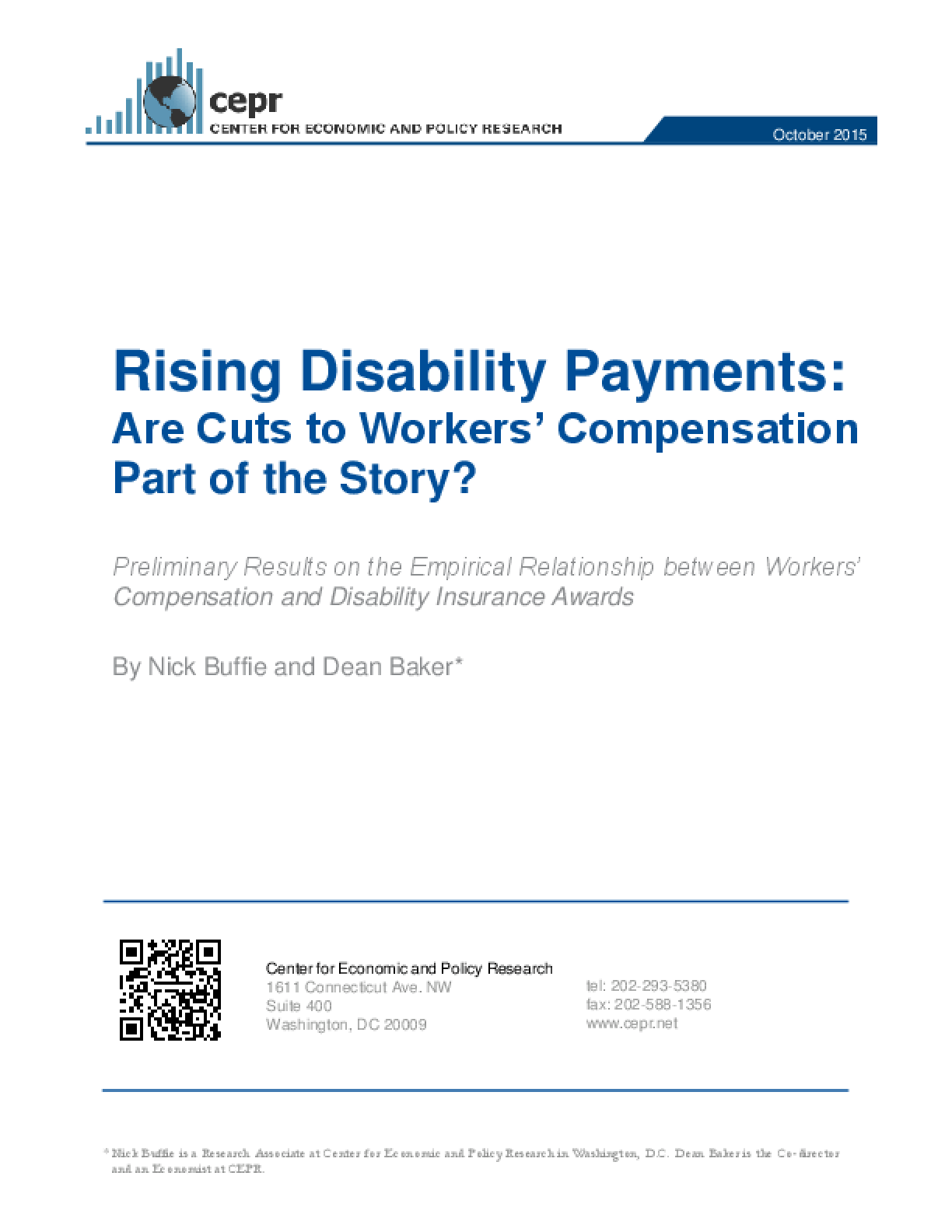