Rising to the Humanitarian Challenge in Iraq

Armed violence is the greatest threat facing Iraqis, but the population is also experiencing another kind of crisis of an alarming scale and severity. Eight million people are in urgent need of emergency aid; that figure includes over two million who are displaced within the country, and more than two million refugees. Many more are living in poverty, without basic services, and increasingly threatened by disease and malnutrition. Despite the constraints imposed by violence, the government of Iraq, the United Nations, and international donors can do more to deliver humanitarian assistance to reduce unnecessary suffering. If people's basic needs are left unattended, this will only serve to further destabilise the country. 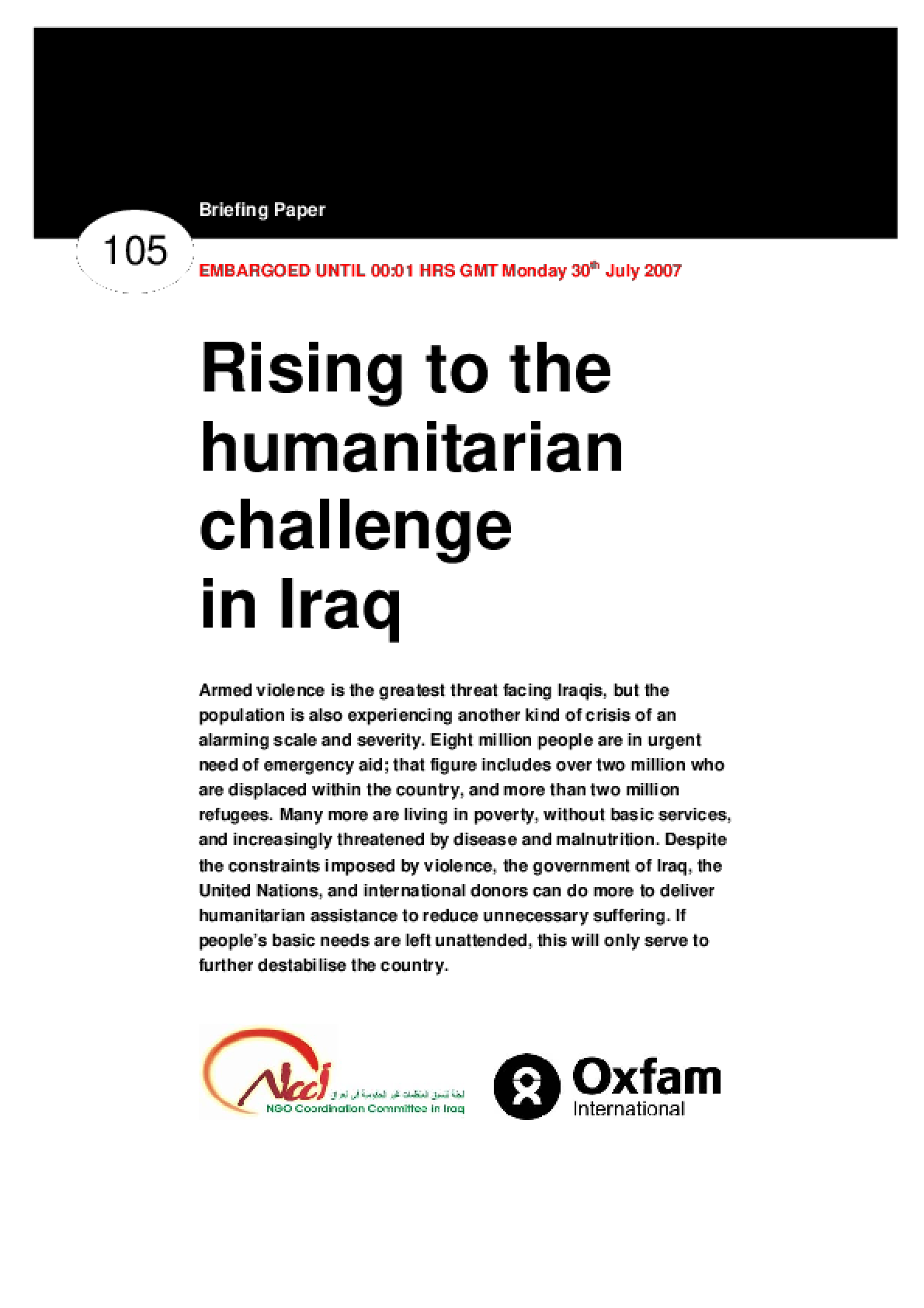