Objective: To determine the retailer and community level factors associated with frequent and disproportionate sales of handguns that are later used in violent and firearm related crimes (VFC handguns). Design: Cross sectional. The authors used California records to identify all handguns sold by study subjects during 1996-2000 and federal gun tracing records to determine which of these guns had been recovered by a police agency in the US or elsewhere and traced by 30 September 2003. Subjects and setting: The 421 licensed gun retailers in California selling at least 100 handguns annually during 1996-2000. Main outcome measure: The number of VFC handguns per 1000 gun years of exposure. Differences are expressed as incidence rate ratios (RR) with 95% confidence intervals (CI). Results: Subjects accounted for 11.7% of California retailers with handgun sales, 81.5% of handgun sales, and 85.5% of VFC handguns. Among subjects, the 3426 VFC handguns accounted for 48.0% of all traced handguns and 65.0% of those linked to a specified crime. The median VFC handgun trace rate was 0.5/1000 gun years (range 0-8.8). In multivariate analysis, this rate increased substantially for each single-point increase in the percentage of proposed sales that were denied because the purchasers were prohibited from owning guns (RR 1.43; 95% CI 1.32 to 1.56), and was increased for pawnbrokers (RR 1.26; 95% CI 1.02 to 1.55). Community level crime rates and sociodemographics had little predictive value. Conclusions: Risk factors, largely determined at the retailer level, exist for frequent and disproportionate sales of handguns that are later used in violent and firearm related crimes. Screening to identify high risk retailers could be undertaken with data that are already available. 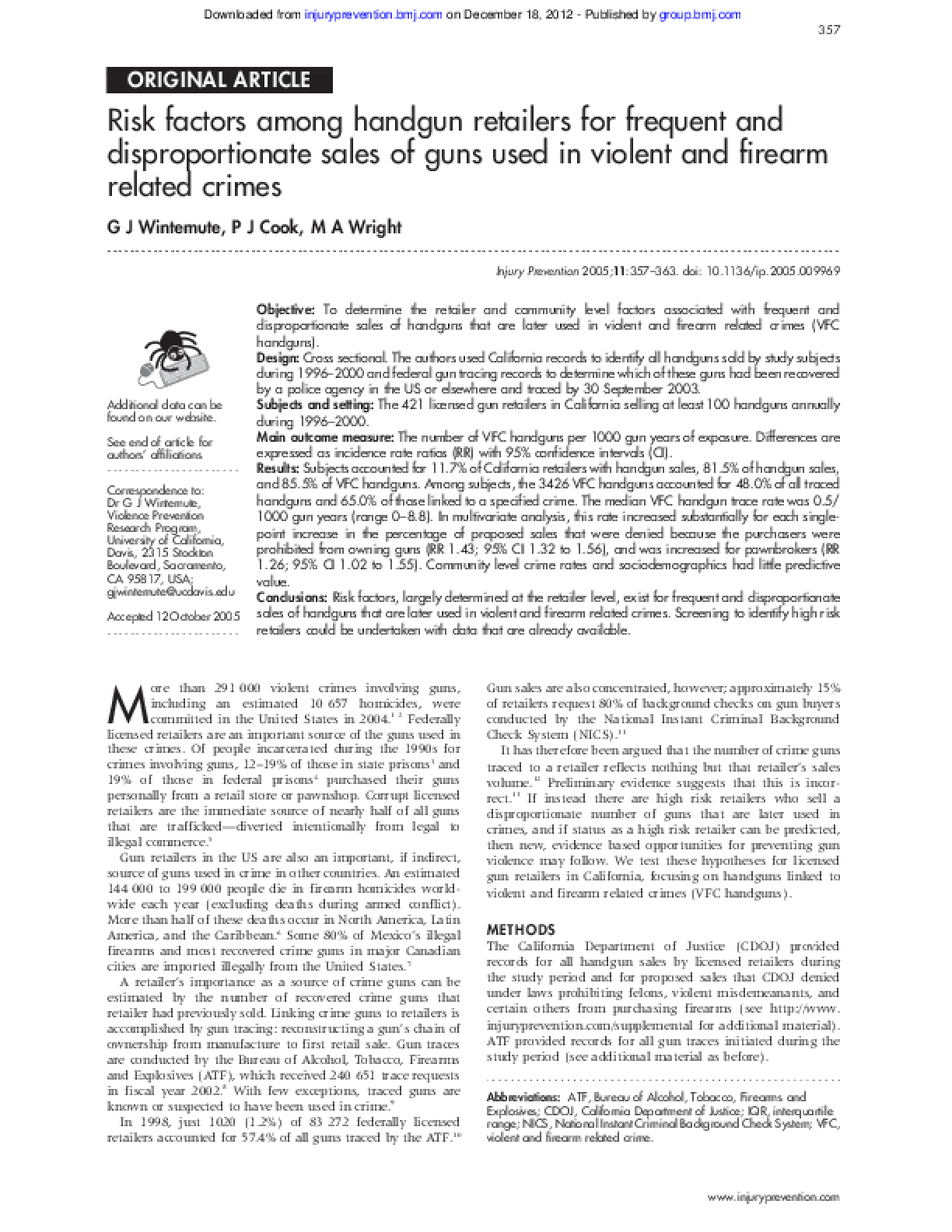