Colorado should take action to avoid dire financial consequences, and it should take immediate steps to improve the financial stability of its pension system. Such measures include developing a credible plan to pay down PERA's current unfunded liability, managing future cost uncertainty, and adopting a flexible funding policy. These reforms would allow Colorado to create a lasting, secure retirement plan and would help to ensure that the state is able to deliver on its promises to citizens and public employees. 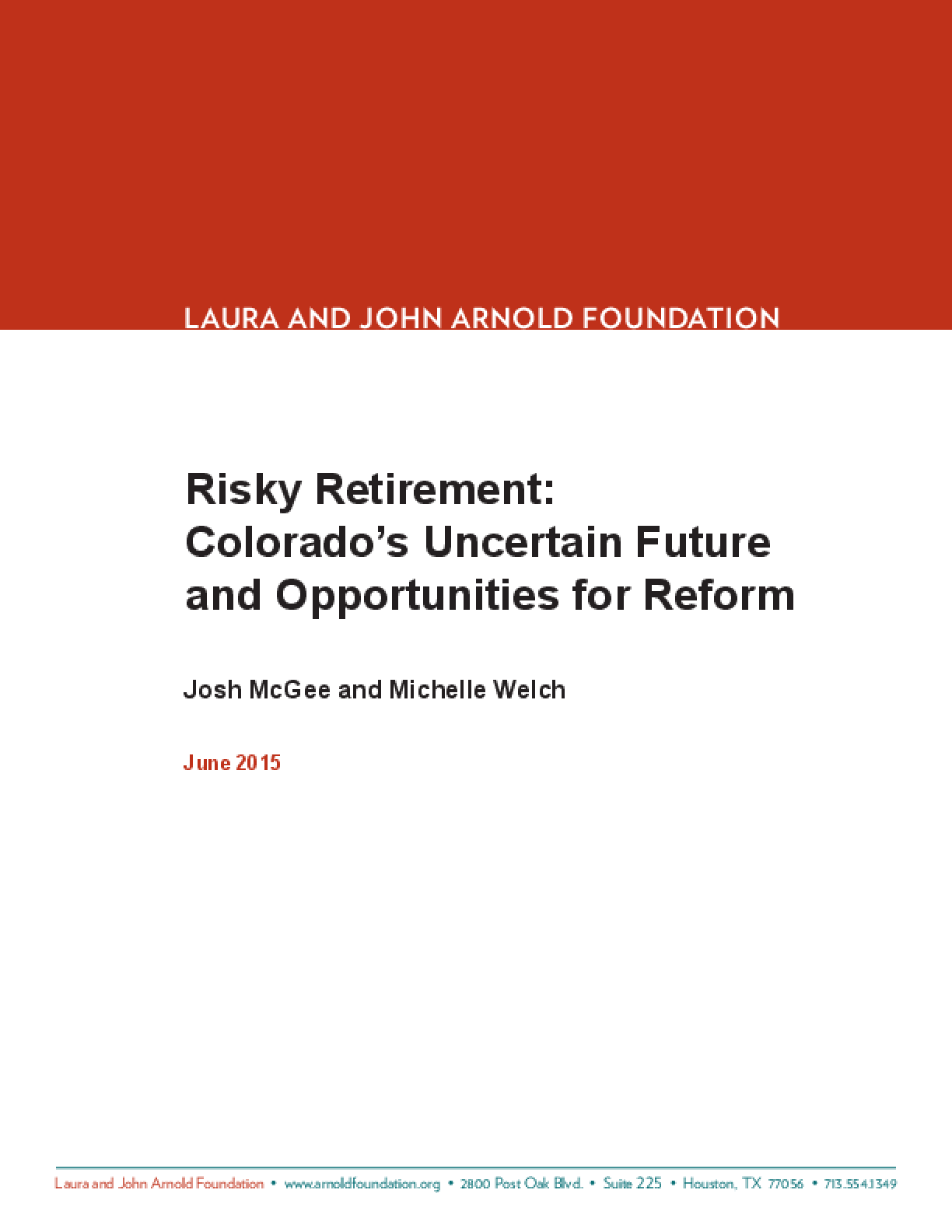