Rule of Thumb: Mobiles for governance in India

Between 1996 and 2012, India's standing dropped on five of the six indicators of governance developed by the World Bank. Today, with over 900 million mobile phone subscriptions, India's mobile revolution presents an unprecedented opportunity to address this deficit and bring good governance to the farthest corners of the country. Adding 10 mobile phones per 100 people in a developing country can lead to half a point of additional GDP growth per person. Rule of Thumb makes a case for m-governance, and for reimagining the ways in which governments and citizens function, transact and interact with each other. It also explores how, in India and the world over, non-profits and social businesses are marrying the ubiquity of mobile technology with governance systems and processes to produce great benefits for citizens and governments alike. Dasra mapped over 130 organizations and profiled the work of 11 organizations with the most impactful and scalable programs. 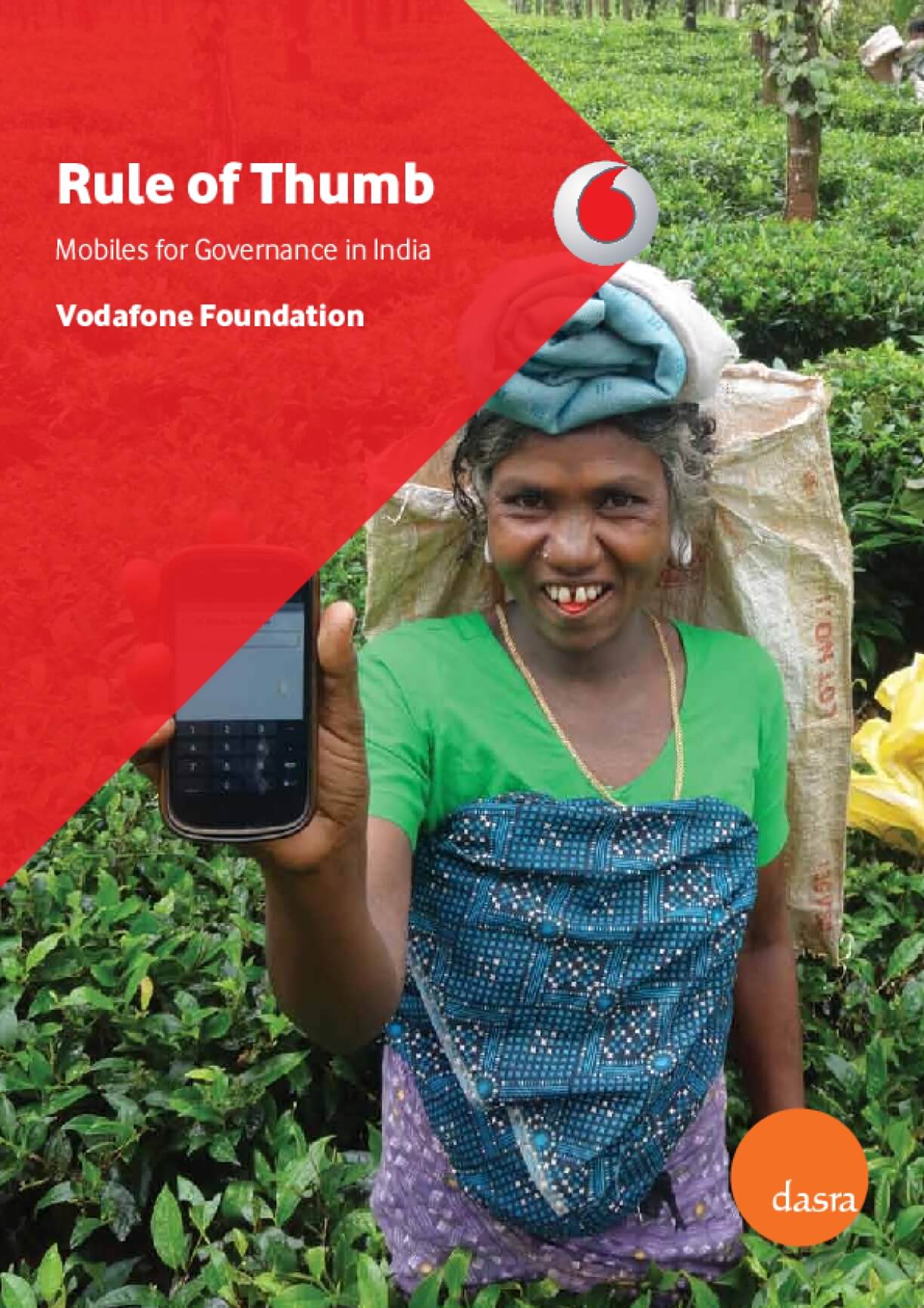