The increasing number of American children with health insurance coverage over the past ten years has been driven by increased coverage for children in low-income families, which is the result of expanded coverage by Medicaid and SCHIP. There is widespread agreement that the expansion of Medicaid and introduction of SCHIP have worked. The increased effectiveness of these public-sector health insurance programs more than offset the decrease in coverage through the private sector. Despite a recent flurry of reports on health insurance coverage for children, virtually none of them have examined the unique situation of rural families where one-fifth of all of our nation's poor children live. Data presented in this report show that the experience of children in small towns and rural areas often differs from the experience of their big-city counterparts. The nationwide shift to public-sector health insurance coverage for children is even more pronounced for rural America where more than one-third of all children rely on SCHIP and Medicaid for health care. Enrollment in SCHIP and Medicaid is 6 percentage points higher for rural children than for urban children. Given the deteriorating job situation in many parts of rural America, the availability of public-sector health insurance for the families of low-income workers is even more important in rural areas than in other parts of the country. 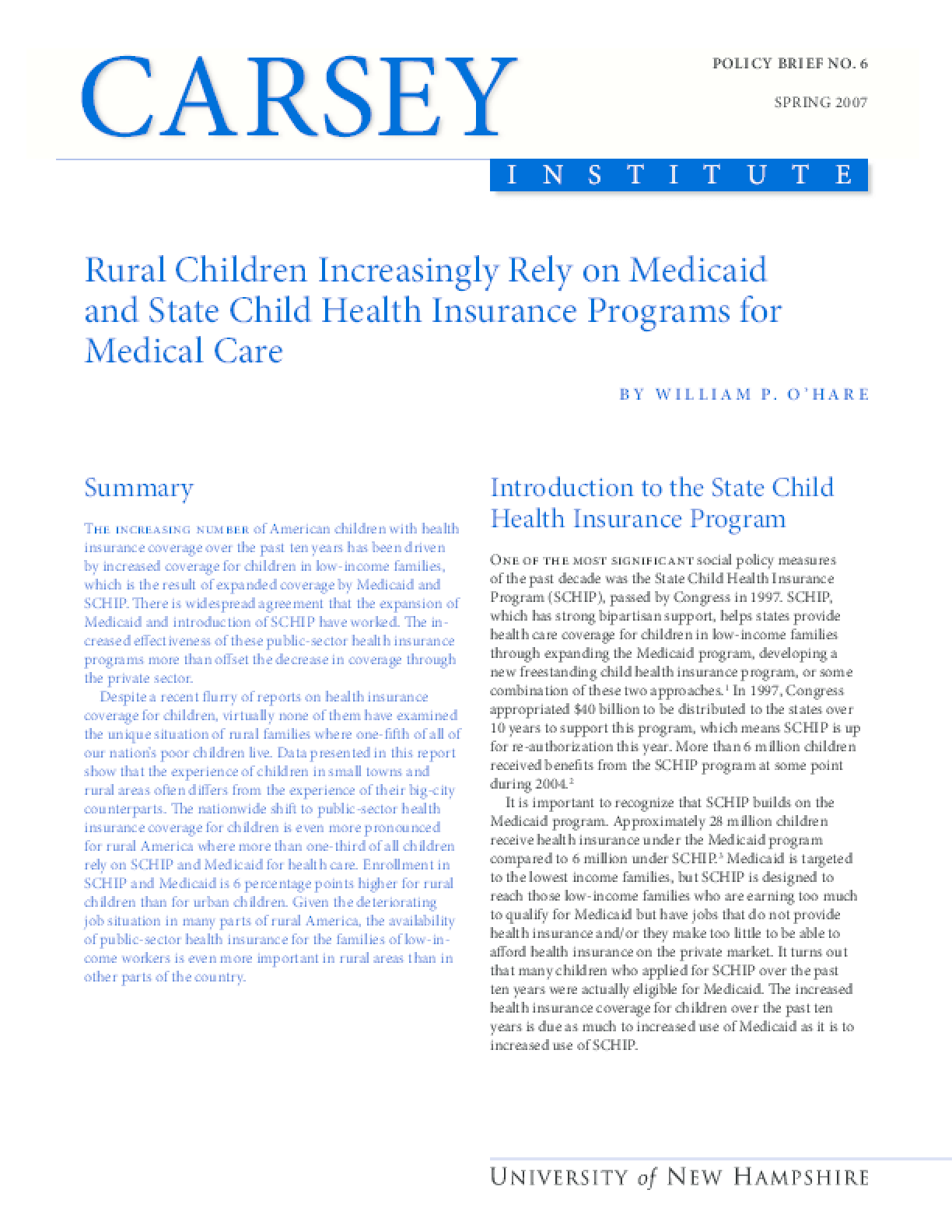