Russia (2008): HIV/AIDS TRaC Study of Risk, Health-seeking Behaviors, and Their Determinants, Among Men Who Have Sex with Men in Eight Regions of the Russian Federation. Second Round.

Description of Intervention: PSI's LaSky program targeting MSM combines the distribution of informational and motivational materials to the target group with outreach activities, "edutainment" group sessions and inter-personal communications delivered by trained peer educators and opinion leaders. LaSky also supports an internet site with information, and a counseling telephone hotline. Methodology: The baseline survey in 2006 used time-location sampling; due to low response rates the follow-up in 2008 used respondent-driven sampling (RDS). Sample size was calculated for all the regions together. The baseline was a single-stage cluster sample, with locations where MSM congregate defined as clusters. The number of respondents to be selected was proportionate to cluster size. In every region the estimates of the number of MSM per cluster were calculated as a part of mapping exercise conducted prior to data collection. The follow-up in 2008 used the clusters defined in 2006 to select seeds (initial respondents). In large metropolitan centers (where the estimated number of total MSM in more than 20,000) four recruitment waves were completed. In smaller locations the estimated number of MSM is below 10,000, and three recruitment waves were completed. A total of 539 and 1113 interviews respectively were completed for the baseline and follow-up studies. Analyses consisted of logistic regression and anovas to examine trends over time, to ascertain which determinants are correlated with key behaviors, and to examine the association between program exposure and changes in health behaviors and determinants. Socio-demographic characteristics and geographic location were controlled for in the analyses. Main Findings The monitoring table highlights that: The results of evaluation analysis reveal that PSI program exposure is associated with: 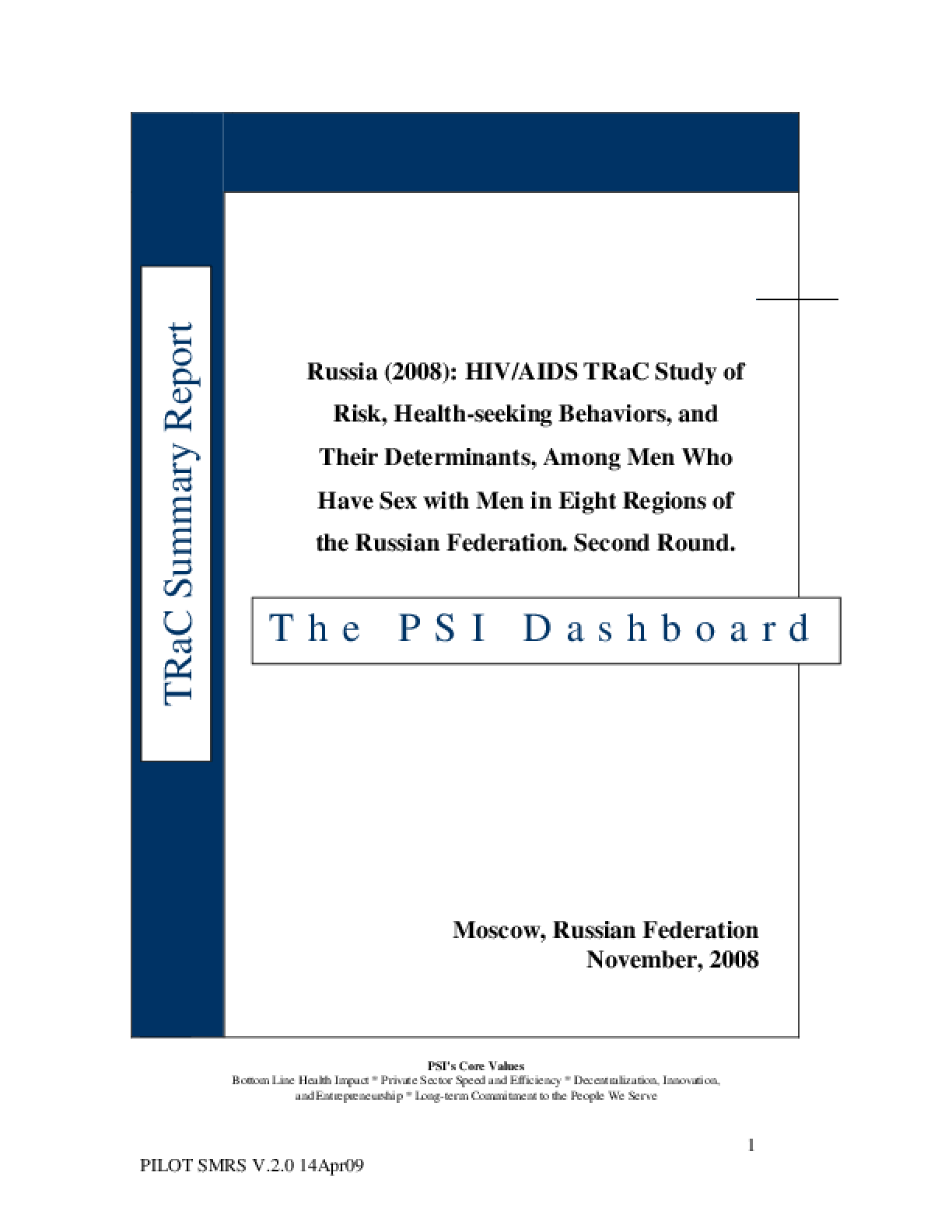