Russian Attitudes Toward Paying Taxes -- Before, During, and After the Transition

This paper examines citizens' attitudes toward paying taxes -- what is sometimes termed their "tax morale", or the intrinsic motivation to pay taxes -- focusing on the experience of individuals in the Russian Federation. A unique aspect of our analysis is our ability to study tax morale before (1991), during (1995), and shortly after (1999) the transition of the Russian economy from a centrally planned economy to one based on market reliance. Our empirical analysis uses data from the World Values Survey and the European Values Survey. The results show decay in tax morale in the first four years of the transition from 1991 to 1995, and a small recovery in 1999. These results are consistent with the relevance of social norms in tax compliance, where the widespread perception of tax evasion and of a corrupt and inefficient state led initially to a decline of tax morale. However, the results also suggest that the restoration of a higher level of trust in the state, after some progress in the transition to a market economy, positively influenced tax morale. Using disaggregated data for Russian regions, we also find significant regional differences in tax morale, reflecting the degree of trust different regions have toward Moscow's institutions and policies. Working Paper Number 05-18 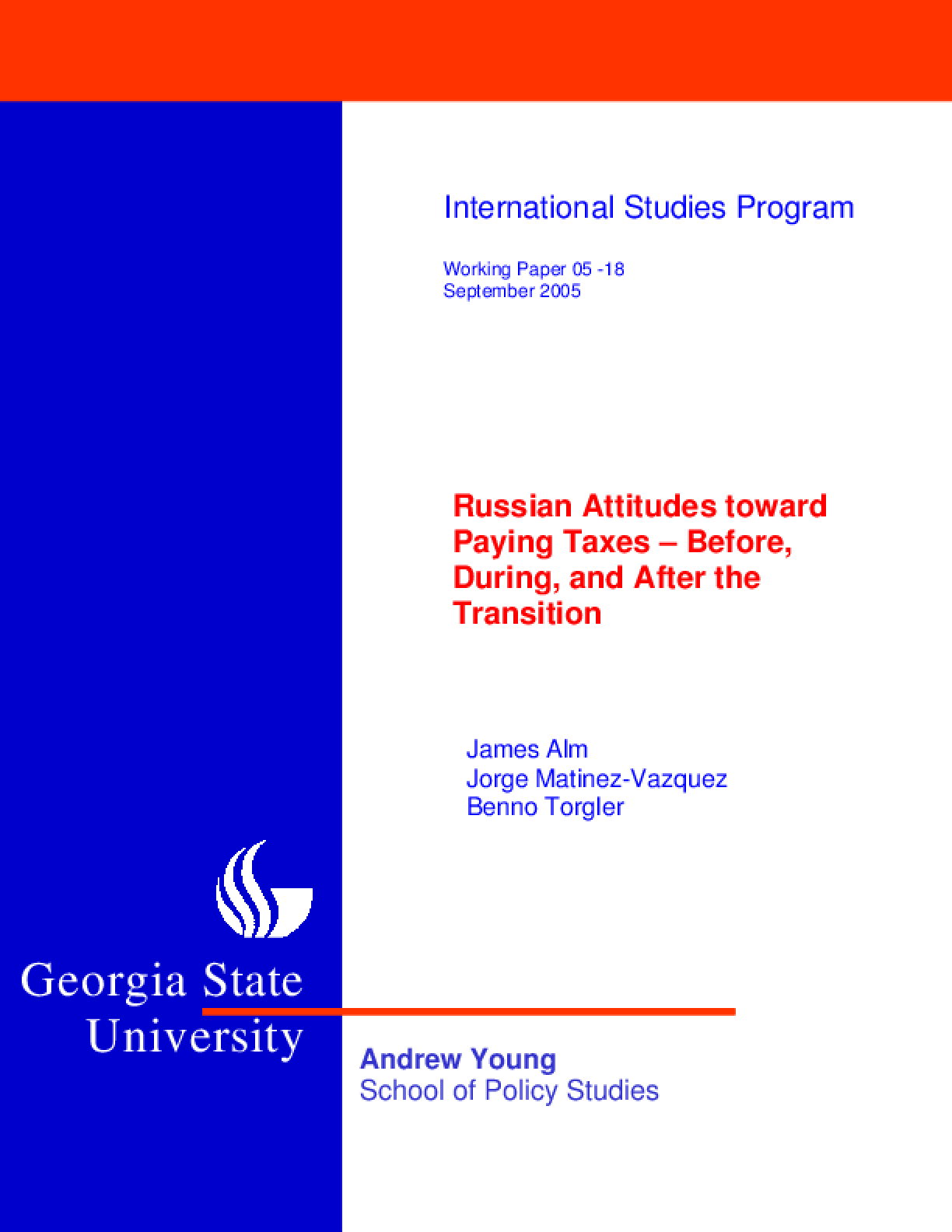