When public agencies are effective and responsive, the protections they afford to the American people are largely invisible. Americans have largely forgotten the "bad old days" before there were meat inspectors, toy inspectors, workplace safety standards, clean air and water standards, and laws against the release of toxic chemical waste. We now expect and count on government to protect us against all kinds of preventable risks produced through industrialization, urbanization, and an economy more open to foreign exports and global supply chains. In fact, we only notice the system of public protections we have in place when something breaks down – when a dirty poultry factory unleashes a Salmonella outbreak or unwashed cantaloupes send Listeria into grocery stores around the country.

In this analysis, we examine the "public protections budget" – a diverse set of federal programs in agencies whose mission is to protect the health and welfare of the American public. Specifically, the programs discussed in the analysis exist to protect the physical safety of the American people from unsafe products and production processes that could put them at risk of injury or disease. The federal government provides these programs with the resources they require to effectively fulfill their objectives.

Despite the caps on spending imposed by the Budget Control Act, this analysis indicates that the Obama administration has made an admirable effort to maintain our existing system of public protections. The FY 2013 budget request actually proposes very modest increases (of more than one percent) in four of the 11 program areas examined here (consumer product safety oversight, clean water, clean air, and compliance with health and safety standards). Funding requests for most of the other program areas were essentially at the same level as in FY 2012. The exception to the pattern was workplace safety funding; the FY 2013 request was four percent less than the FY 2012 budget, with all of the cuts coming from a reduction in funding for the National Institute for Occupational Safety and Health.

When the people who staff federal protective agencies do their jobs well, the results are largely unnoticed, but our lives work more smoothly and we are all safer. But resources are required to maintain the public structures on which our quality of life and health and safety standards rely. We plan to regularly monitor the public protections budget to ensure federal agencies have the resources required to meet the needs and expectations of the American people. 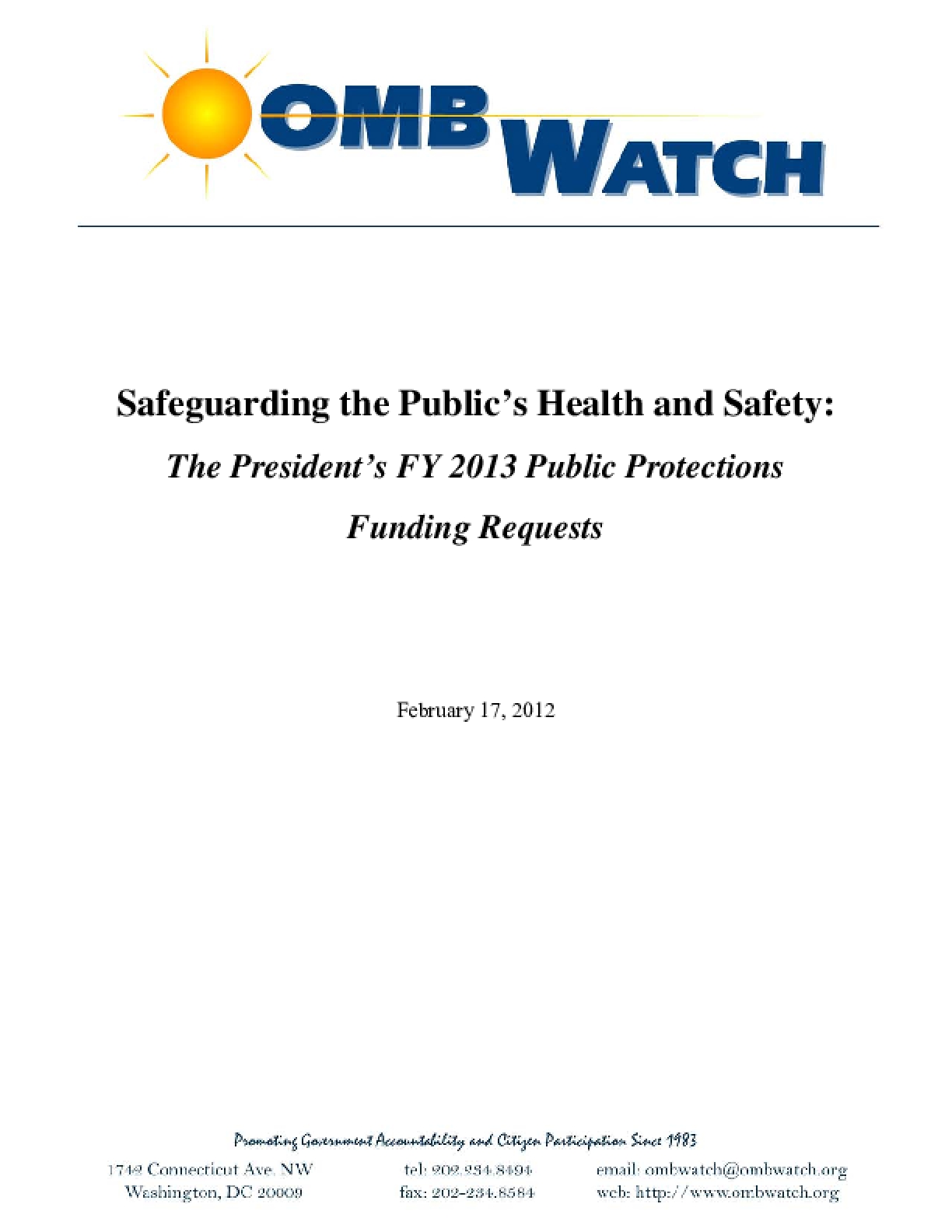