The people of Africa's Sahel region are facing an increasing risk of widespread food crisis, following a series of crises over recent years which has slashed incomes, undermined livelihoods and reduced their borrowing capacity. Low rainfall, abnormally high grain prices and increased insecurity in part of the region have contributed to their vulnerability. It is estimated that more than 18 million people are currently in a situation of food insecurity in the Sahel, where even in a good harvest year, malnutrition rates are among the highest in the world. Markets in the region are already showing signs that regional trade in agricultural produce will be unable to supply adequate quantities of food in the coming months, increasing the risk of a worsening food security situation. Oxfam ROPPA, RBM, APESS, POSCAO and WILDAF are calling for urgent action to support the markets of the region and to allow the people of the Sahel to access food in adequate quantities and quality in the approach to and throughout the hunger gap. 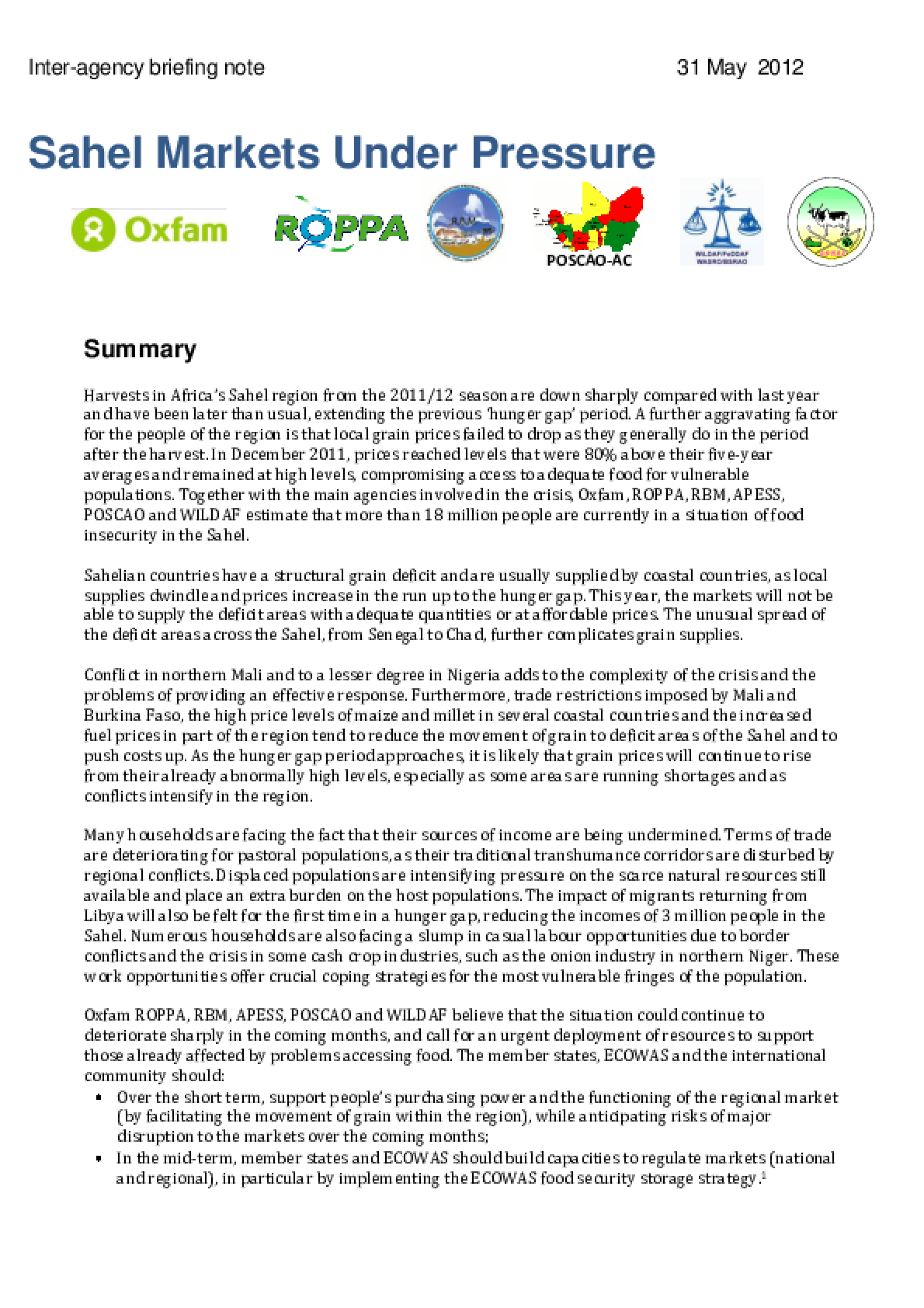