Gov. John Kasich has proposed major changes in Ohio's tax system, including broadening the sales tax to cover most services and cutting the state rate from 5.5 percent to 5 percent. This would produce significant needed revenue and make the sales tax more viable long-term, since more and more of the Ohio economy is based on services. The problem: Low- and moderate income Ohioans would be most affected, as they would pay the most as a share of their income. Key Findings A state sales-tax credit, styled on one in New Mexico, would benefit hundreds of thousands of Ohioans. A sales-tax credit would provide a targeted way to offset the regressivity of the existing sales tax. Together with a state Earned Income Tax Credit, it could protect nearly two-thirds of the lowest-income Ohioans from the effects of Gov. Kasich's plan to broaden the sales tax. 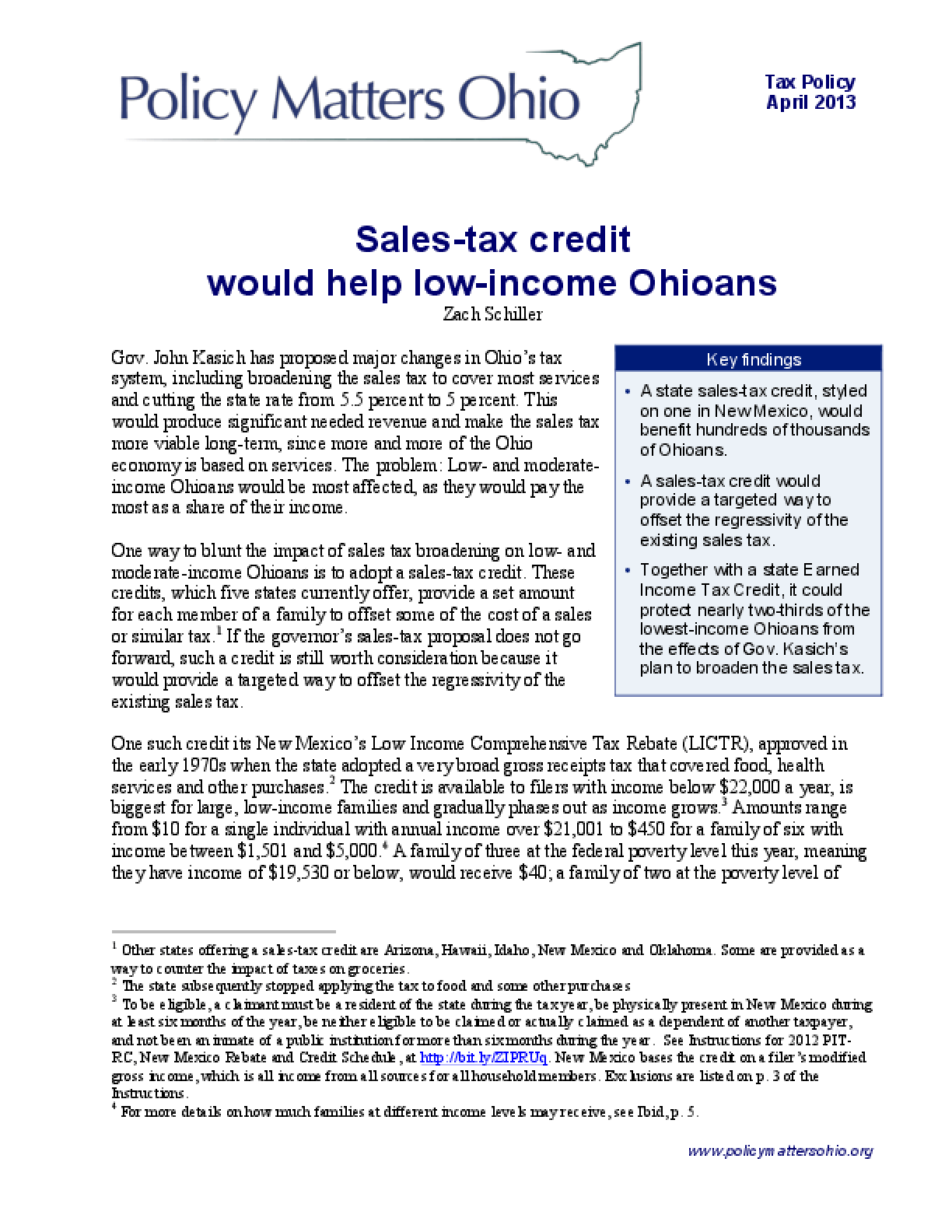