Same-Sex Couples and Immigration in the United States 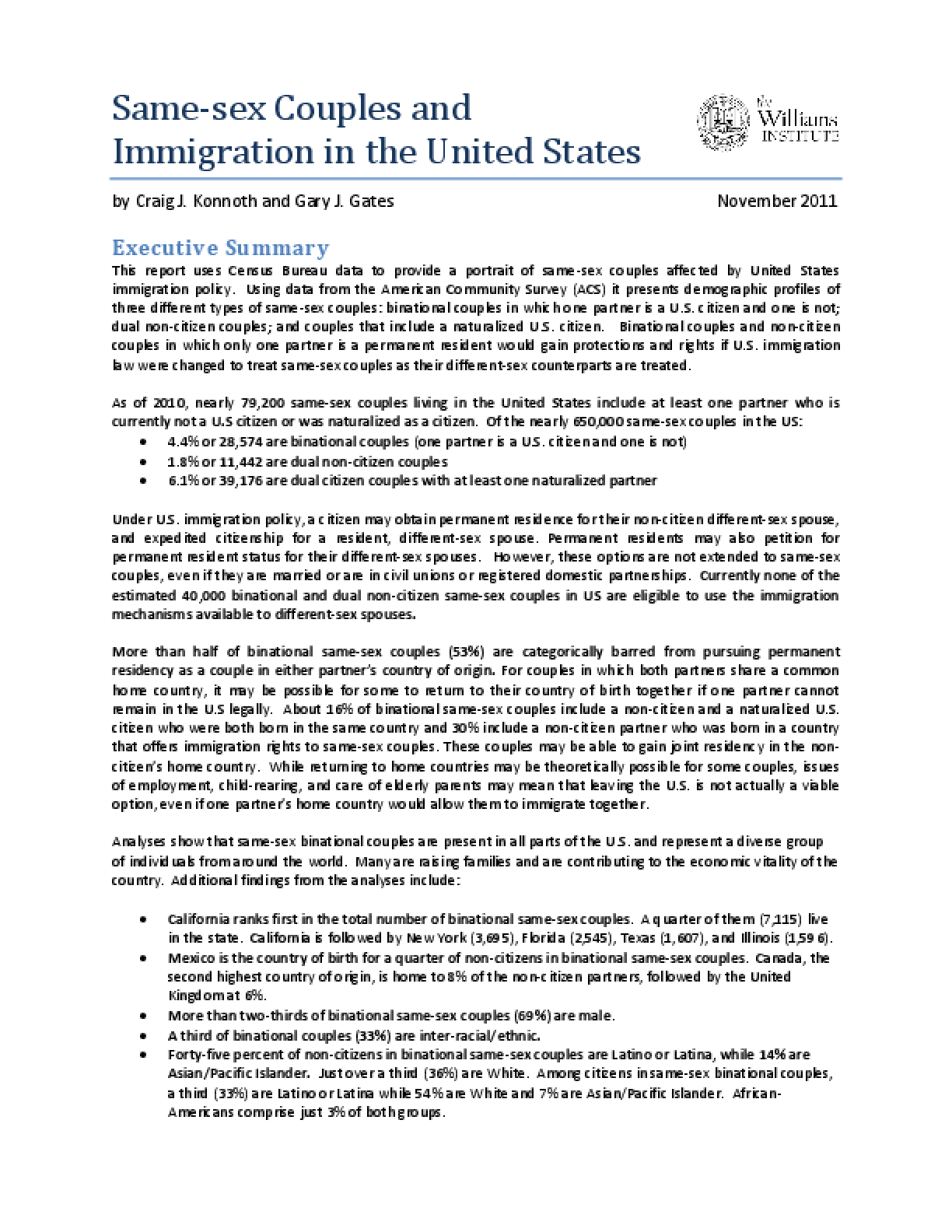