The NYC Mayor's Special Initiative for Rebuilding and Resiliency (SIRR) is a comprehensive effort to formulate recommendations guiding the rebuilding of neighborhoods impacted by Superstorm Sandy, and increase the resiliency of New York City as a whole. The plan combines citywide proposals with neighborhood-specific interventions in various neighborhoods. The federal Hurricane Sandy Rebuilding Task Force administered by HUD is responsible for overseeing the rebuilding and allocation of funds for all post-Sandy projects funded by the federal government; the Task Force is also charged with preparing a Hurricane Sandy Rebuilding Strategy to present to President Obama by August 2nd. Recommendations in the SIRR Report include plans to allocate the $294 million in HUD funding already provided to New York City and must comply with the Hurricane Sandy Rebuilding Task Force guidelines. After the Mayor's SIRR Report was released in June 2013, the Sandy Regional Assembly met to assess whether community-defined priorities and recommendations had made it into the Mayor's recovery plans. The following assessment reviews the SIRR Report from the context of the Sandy Regional Assembly Recovery Agenda, including both areas where there is synergy with the goals and recommendations of the Agenda and areas where the SIRR failed to address critical community priorities. 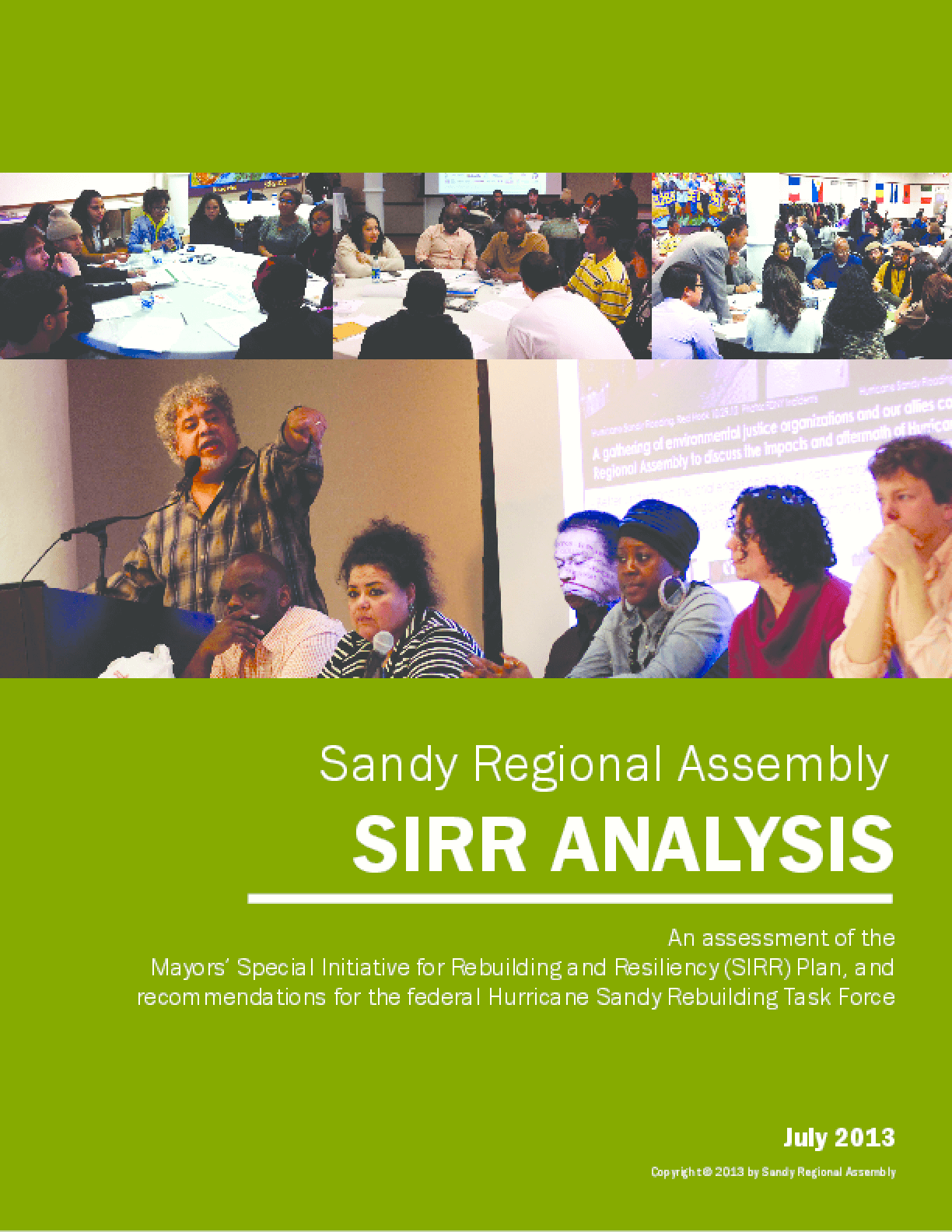