Cities, states, and metropolitan areas across the United States are looking to invest in a range of public transit projects in order to connect people to jobs and economic opportunity, reduce greenhouse gas emissions from vehicles, and shape development patterns.  According to one estimate, the United States invested about $50 billion in new transit projects in just the last decade.1 These include underground subways in Los Angeles, commuter rail lines along the Front Range near Denver, a streetcar in downtown Atlanta, light rail lines in suburban Phoenix, and bus rapid transit in Richmond, Virginia, among many others.

While these projects are as diverse as the country itself, they all have one thing in common: increased scrutiny over their costs and timelines to build. A few very visible projects have reinforced the narrative that rail transit investments have systemic issues that are endemic to the United States.

This all begs the questions: Is this true? If so, why? And what should we do about it?

These are precisely the questions Eno set out to answer through this research, policy, and communications project to analyze current and historical trends in public transit project delivery. We convened a set of advisors and conducted in-depth interviews with key stakeholders to understand the drivers behind mass transit construction, cost, and delivery in the United States. A comprehensive database of rail transit projects was created and curated to compare costs and timelines among U.S. cities and peer metropolitan areas in Western Europe and Canada. Through this quantitative and qualitative approach, we developed actionable recommendations for policy changes at all levels of government as well as best practices for the public and private sectors. 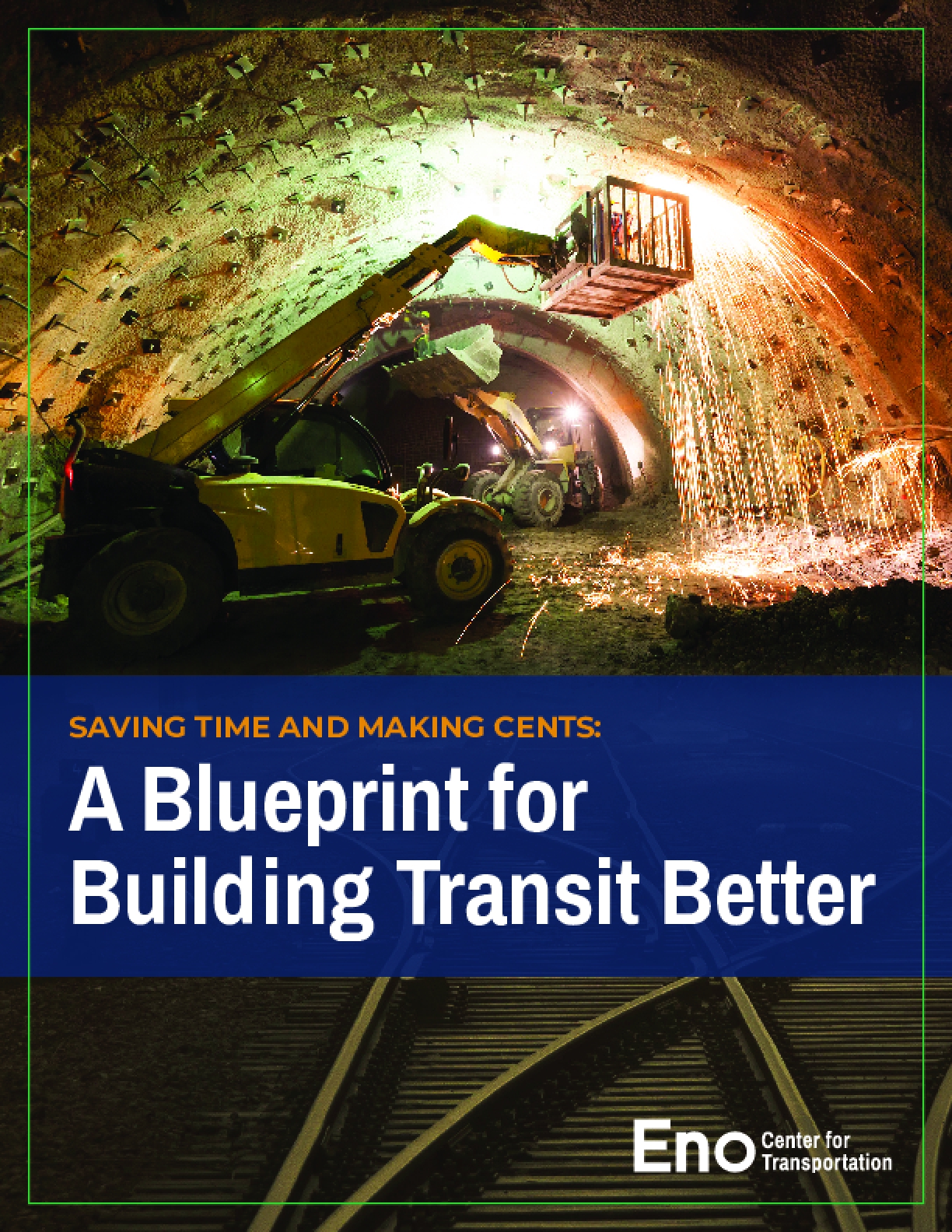