Scaling up Access to Misoprostol at the Community Level to Improve Maternal Health Outcomes in Ethiopia, Ghana, and Nigeria

Over the past decade (2004–2014), the Population and Reproductive Health area of the MacArthur Foundation has focused on supporting projects aimed at reducing maternal mortality. In particular, it has supported efforts to use misoprostol to prevent postpartum hemorrhage, the anti-shock garment to aid in the treatment of hemorrhage, and magnesium sulfate to decrease deaths from eclampsia. In recent years, the Foundation has invested in a range of research and evaluation efforts to better understand these interventions, their effectiveness, and the extent to which successful pilot projects have been scaled up.

In 2014, the Foundation commissioned the Public Health Institute to evaluate the grants it had made to increase community-based access to misoprostol for postpartum hemorrhage prevention in Ethiopia, Ghana, and Nigeria. Specifically, the Foundation was interested in documenting the models and approaches used and the progress toward scaling up the respective models in the three countries. Between June and November 2014, the evaluation team reviewed grantee reports, proposals, and the literature; interviewed key informants and global, national, and local stakeholders; conducted focus group discussions with local stakeholders; and made observations during site-visits in each country. From this the team produced case study reports relating to misoprostol use in each country. This report is a synthesis of those three case studies, highlighting the common findings across the projects, identifying differences, and interpreting the lessons learned for broader use and scale up of misoprostol at the community level in Africa and globally. 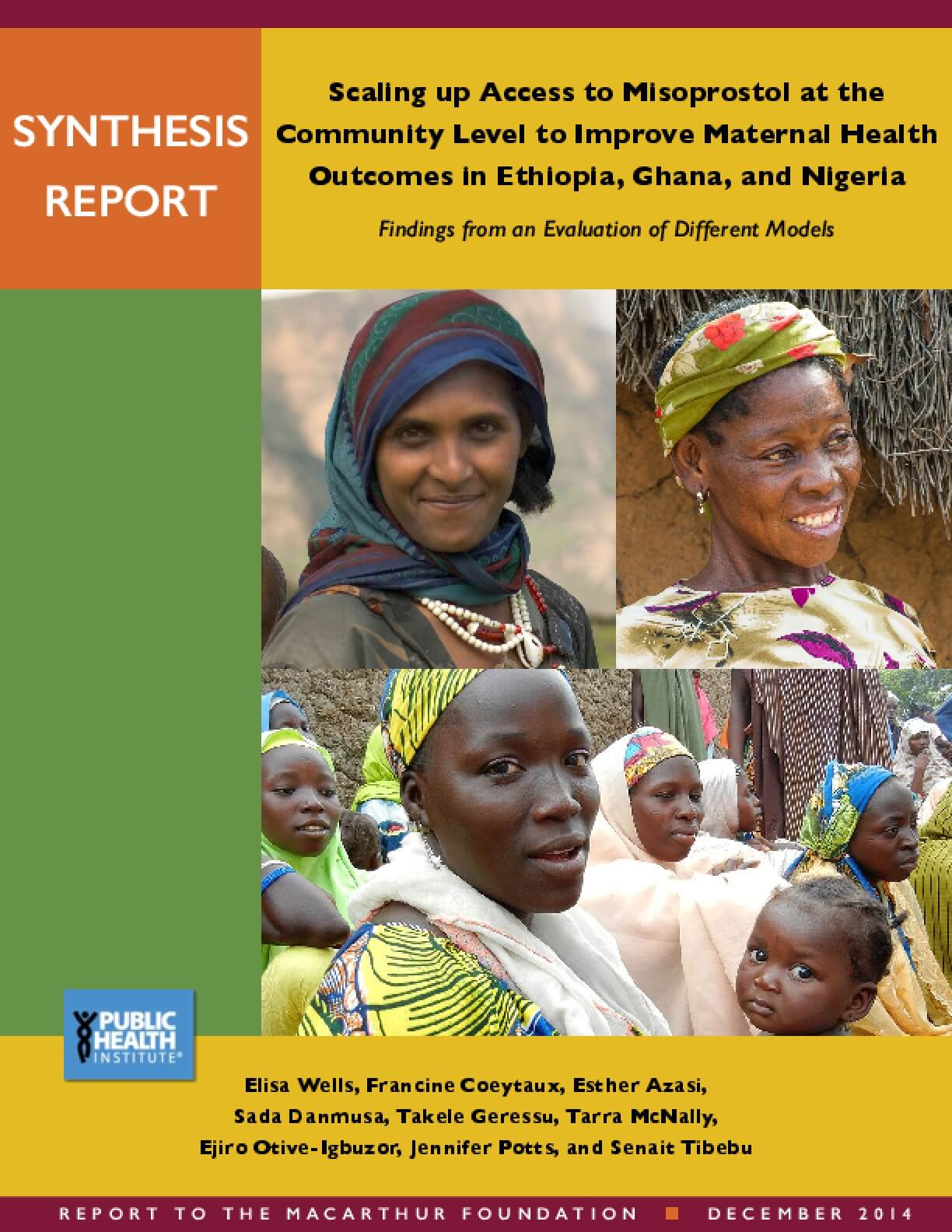