With traditional mentoring programs working hard to attract new kinds of volunteers and schools facing increased pressure to help students succeed, school-based mentoring is a promising and increasingly popular approach. According to Big Brothers Big Sisters of America, the number of school-based matches grew from 27,000 in 1999 to 90,000 in 2002, an increase of 233 percent. P/PV has published two previous reports on the school-based mentoring model. School-Based Mentoring: A Closer Look follows up on those earlier studies by analyzing the results of surveys we conducted with youth, mentors, teachers and case managers involved in three BBBS school-based mentoring programs. The report addresses the following questions: What are the characteristics of mentor-youth matches in school-based programs? What is the quality of the 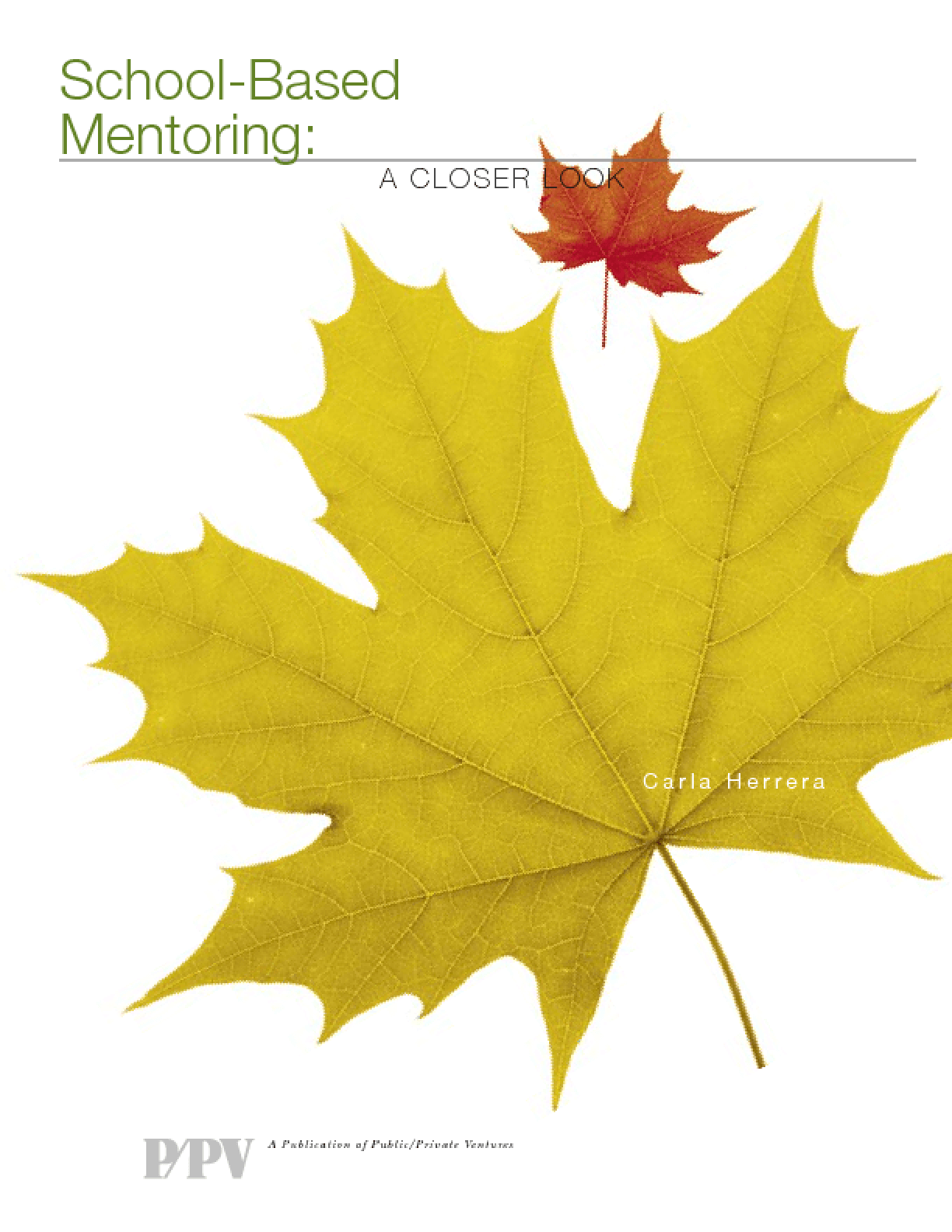