The Schools of the Future (SOTF) initiative was funded by the Hawaii Community Foundation (HCF) to promote the teaching and learning of 21st century skills in participating private schools. Eighteen five-year grants to private schools (including two partnerships representing four schools) were awarded in 2009. For a variety of reasons (e.g., school closings, perceived lack of fit, implementation capacity), several of the original grants ended before the fifth grant year. In 2013 -- 14, 14 of the original 18 school grantees completed the five-year grant period. American Institutes for Research (AIR) conducted the evaluation of the SOTF initiative. AIR's affiliate, Learning Point Associates, was the original contracted evaluator before it merged with AIR in January 2011. The evaluation was designed to describe the differences among the SOTF schools and their individual project designs; assess the maturation of the SOTFs; and provide the client with useful information. The evaluation does not include an outcome component -- that is, an assessment of changes in student achievement -- because of the limited availability of student achievement data used across the initiative. 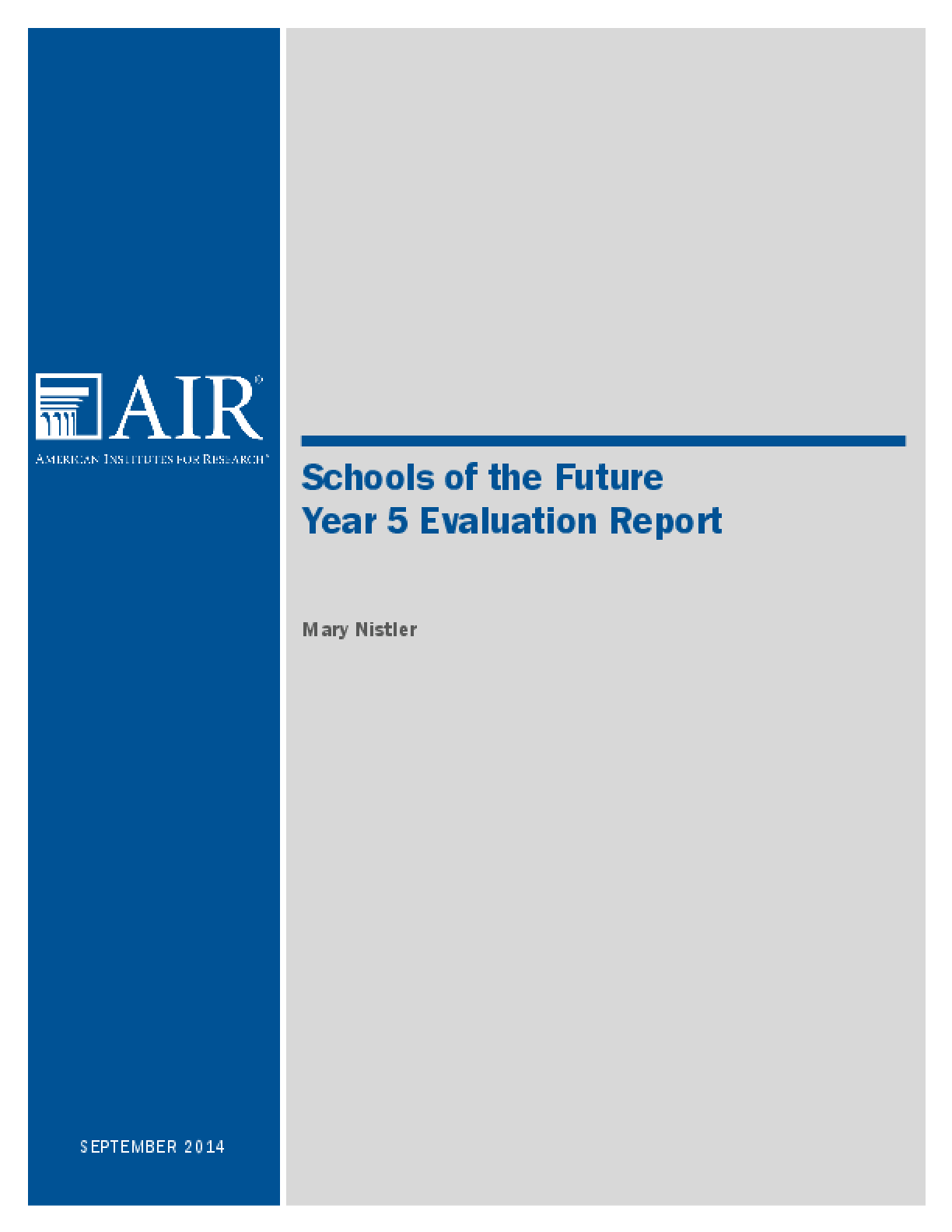