Securing the Right to a Safe and Healthy Workplace: Improve State Laws to Protect Workers

The Occupational Safety and Health Act (OSH Act), passed in 1970, recognizes that workers play a critical role in ensuring their workplaces are healthy and safe. The OSH Act gives workers the right to report unsafe working conditions and the right to refuse to work under such conditions without reprisal. The concept is for workers to function as the "eyes and ears" of the Occupational Safety and Health Administration (OSHA) and help the agency prioritize its limited resources to focus inspections on the most dangerous work sites. Workers will only report safety and health hazards in the workplace, however, if they can come forward without fear of reprisal. Thus, the law prohibits employers from taking any adverse action against employees who exercise the rights provided to them under the OSH Act.

Unfortunately, the weak guarantees written into the federal OSH Act leave workers with few protections against retaliation by an employer after reporting dangerous working conditions. Problems with current protections include the fact that the amount of time required to file a retaliation complaint is too short, investigations take too long, the burden of proof is too high, OSHA cannot preliminarily reinstate an employee once it determines that a complaint has merit, and employees cannot pursue a remedy independently, even if OSHA takes no action on their behalf. Between 2005 and 2012, OSHA received 11,153 complaints of retaliation, 10,380 were reviewed, and 2,542 (24.49 percent) were found to "have merit." Of these, 2,390 were settled out of court; 152 were recommended for litigation. But because OSHA filed suit in only seven percent of cases recommended for litigation, hundreds of workers were left without an adequate remedy.

The ineffectiveness of section 11(c) of the OSH Act has dire implications for workplace health and safety across the country. The Center for Effective Government released a report in August 2013, entitled What's At Stake: Austerity Budgets Threaten Worker Health and Safety, examining the impact of sequestration (in addition to the House of Representatives proposed budget cuts) on OSHA's ability to carry out its important work and keep America's workers safe and healthy. The report shows that OSHA has historically had a meager budget for enforcing its regulations given the breadth of its broad mandate, with funding for only one inspector per 1,900 workplaces in 1981. Today, in an era of fiscal retrenchment, OSHA's resources are even more stretched – its funding supports only one inspector for every 4,300 workplaces. Now more than ever, OSHA needs help from workers to prioritize its inspections and efficiently apply its limited resources. 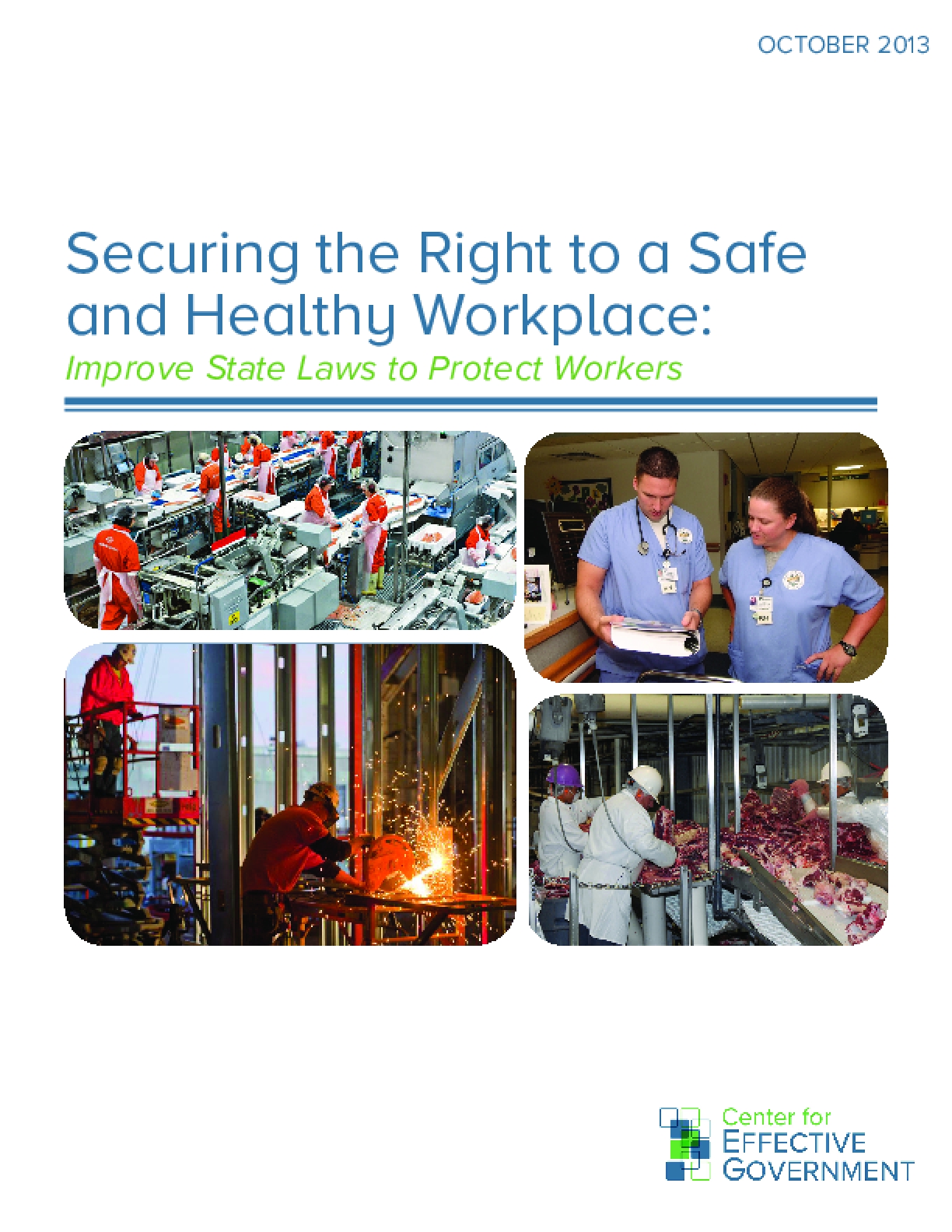