For more than a century, the telecommunications industry has played a critical role in New Jersey's economy and workforce. The state's reputation as a center for innovation and economic growth is due in large measure to the emergence of companies such as American Telephone & Telegraph and New Jersey Bell as leading employers.

Yet, in the last decade, the telecommunications sector has undergone important changes that must be recognized in order to help the industry retain its capacity for world-class research and product development. Dramatic advances in technology have resulted in a major restructuring of the telecommunications industry worldwide. New Jersey employers, educators, and government officials must better understand these changes and work together on a new strategy to ensure that the state's telecom sector continues to innovate and grow as part of a broader communications industry.

Telecommunications employment has been the focus of a several projects undertaken in recent years by the Heldrich Center. Its 2004 conference on "The Future of the Telecommunications Industry in New Jersey" attracted many of the region's top legislators, regulators, industry representatives, and educators.

That session featured a presentation by Dr. Ken Dautrich of the Public Policy Department at the University of Connecticut. His research examined labor market trends and employment opportunities in the industry's wired and non-wired (wireless, cable, satellite) companies. His conclusions:


This report updates and expands upon the challenges to New Jersey's telecom sector discussed at the 2004 conference.

Part II highlights current policy options and issues as expressed by industry executives, educators, and New Jersey government officials during in-depth interviews and a May 2006 conference convened by the Heldrich Center.

Part III outlines key conclusions that New Jersey stakeholders should consider in shaping an effective action plan for reenergizing the state's telecommunications industry as a vehicle for continued innovation and economic growth in the broader field of communications. 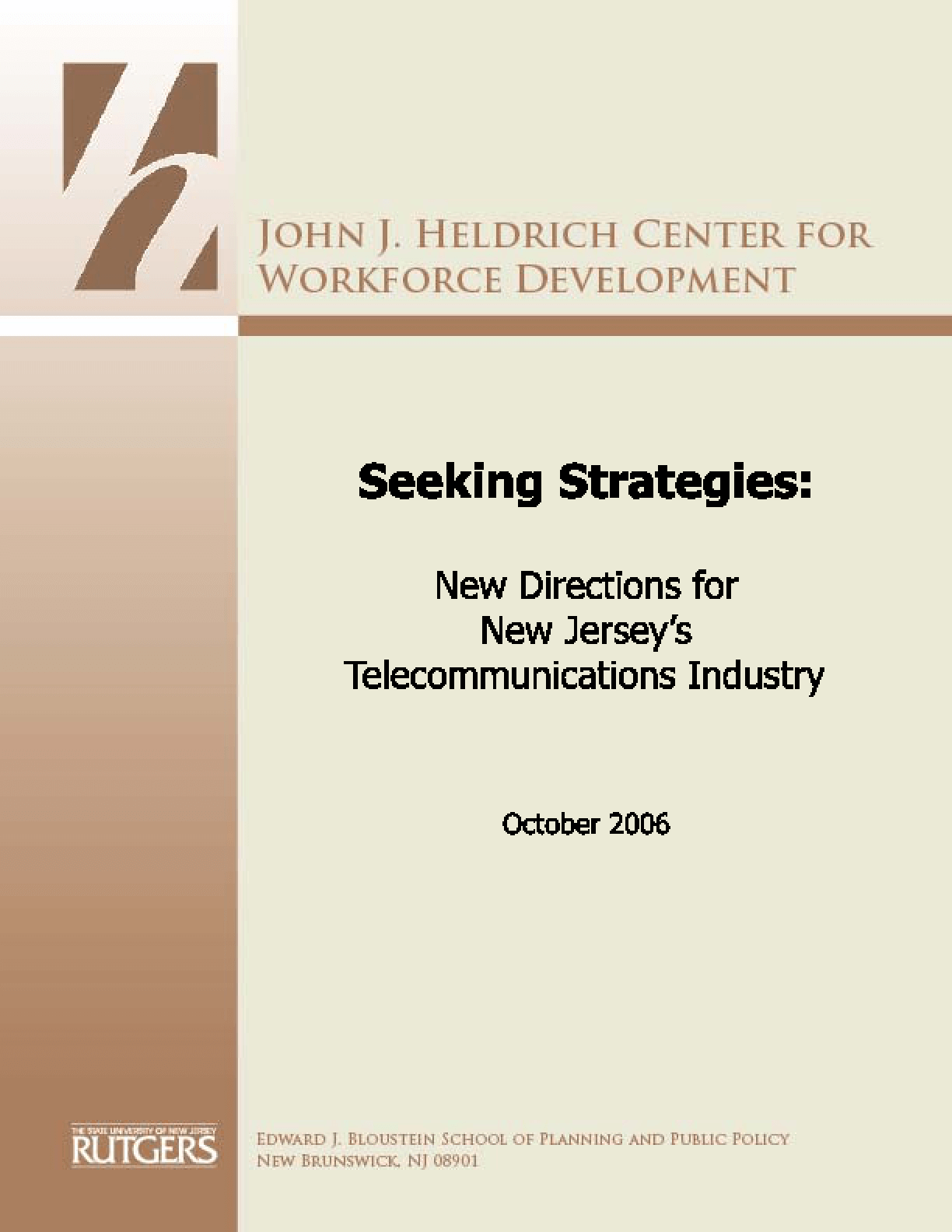