In 2007, just before the domestic economy experienced a major trauma, the Cultural Policy Center at the Harris School and NORC at the University of Chicago launched a national study of cultural building in the United States. It was motivated by multiple requests from leading consultants in the cultural sector who found themselves involved in a steadily growing number of major building projects -- museums, performing arts centers (PACs), and theaters -- and from foundation officers who were frequently asked to help fund these infrastructure projects. With the generous support of the Andrew W. Mellon Foundation, the Kresge Foundation, and the John D. and Catherine T. MacArthur Foundation, we were able to conduct systematic scientific research on cultural building in the United States between 1994 and 2008 and come to a number of conclusions that have important implications for the cultural sector. 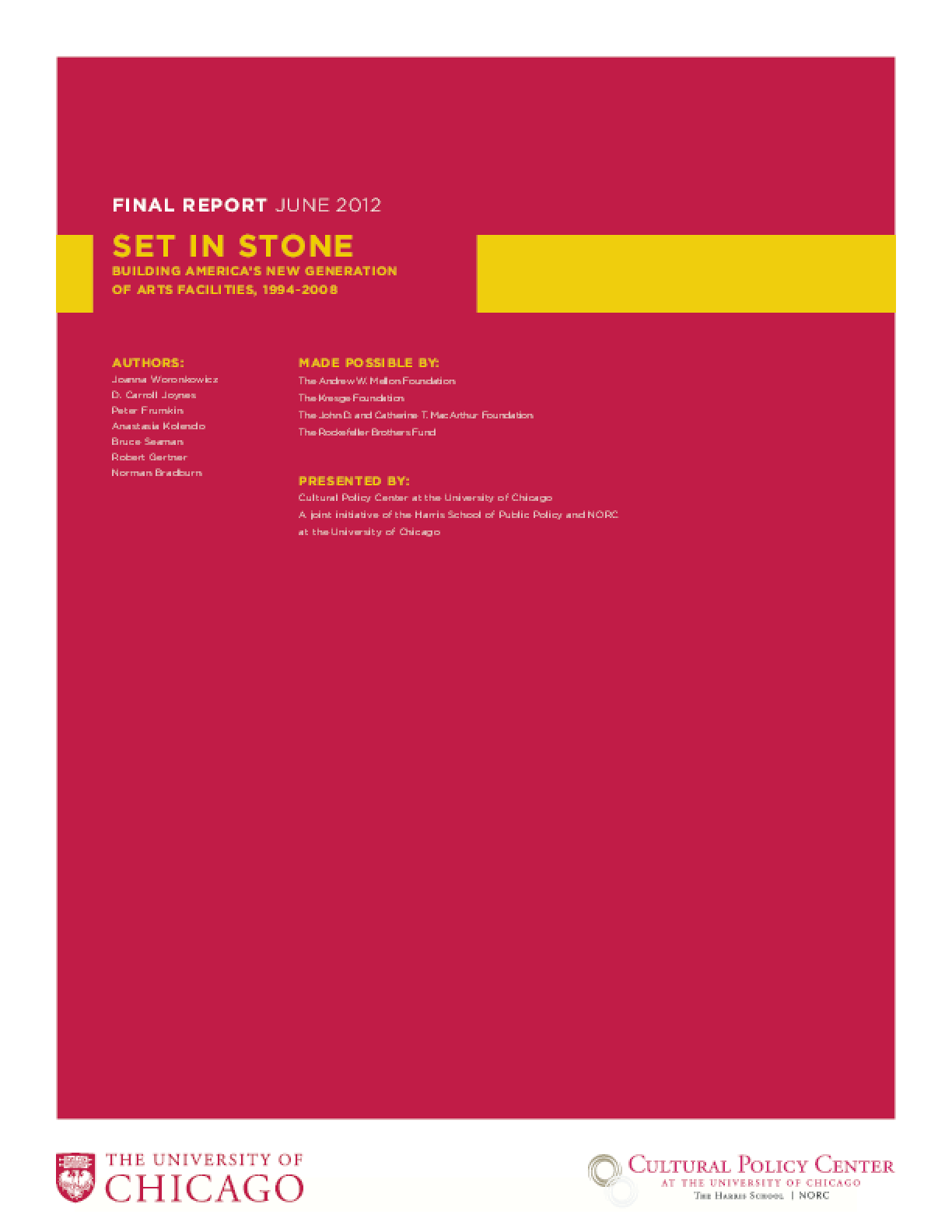