In 1976, Congress took the first steps to prevent overfishing—catching fish faster than they can reproduce—by passing the law that is now known as the Magnuson-Stevens Fishery Conservation and Management Act. The law called for conservation and management measures that would prevent overfishing and were based on science. Over the following decades, however, overfishing continued to deplete many important fish populations around the country. This prompted Congress to strengthen the law in 2006 by mandating enforceable annual catch limits (ACLs) that cannot exceed scientific recommendations and do not allow overfishing. The ACL requirement is now a cornerstone of U.S. fisheries management and has put our nation's fish stocks on the path to sustainability. 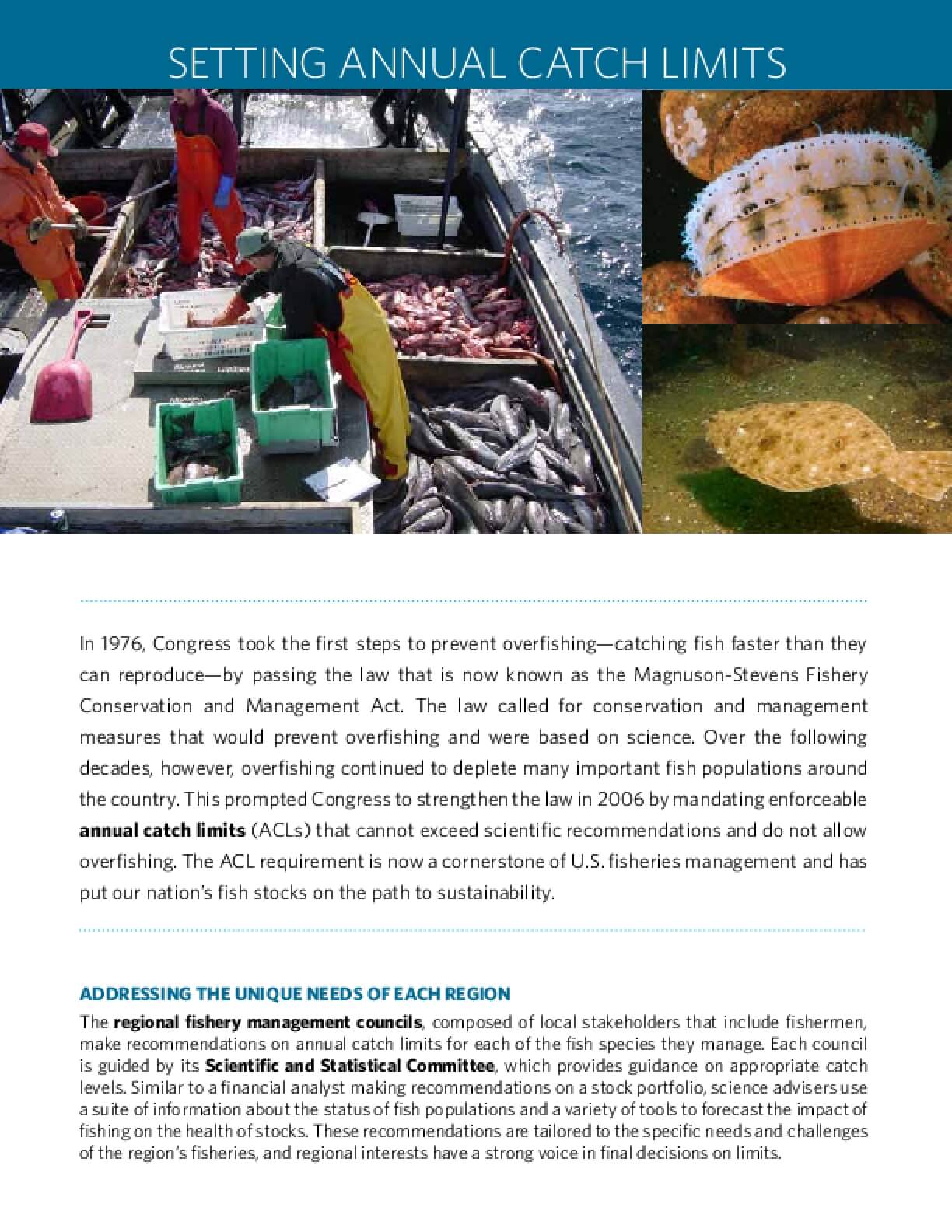