This brief is the first research paper on sex trafficking at vocational schools in the United States, which a set of state authorizers and massage education experts believe to be a widespread problem in higher education. We explore a recent Minnesota case where a state authorizer ordered the closure of an institution due to an explicit suspicion of sex trafficking, and the subsequent processes that enabled that school to continue operations without losing Title IV eligibility. In this case, the regulatory triad functioned exactly as designed: an exemplary state authorizer identified areas of non-compliance, notified the accreditor and the U.S. Department of Education, and ordered the closure of the school. The majority of the 57 state agencies that responded to our outreach were unaware of the issue or claimed that it was not a problem in their state.

We contend that many state authorizers of postsecondary education may be ill-equipped to address this issue – and unprepared to notice the red flags that may indicate that a school is engaged in behaviors connected to sex trafficking. State governments must take immediate steps to investigate the scale of trafficking in their states and to strengthen their regulatory framework to ensure that they only authorize schools – not sex trafficking operations. Moreover, the ease with which a school disciplined for suspected sex trafficking can continue to operate raises serious concerns about whether the triad can protect students from more mundane fraud, poor education quality, and insufficient earnings outcomes at for-profit institutions within their jurisdictions. 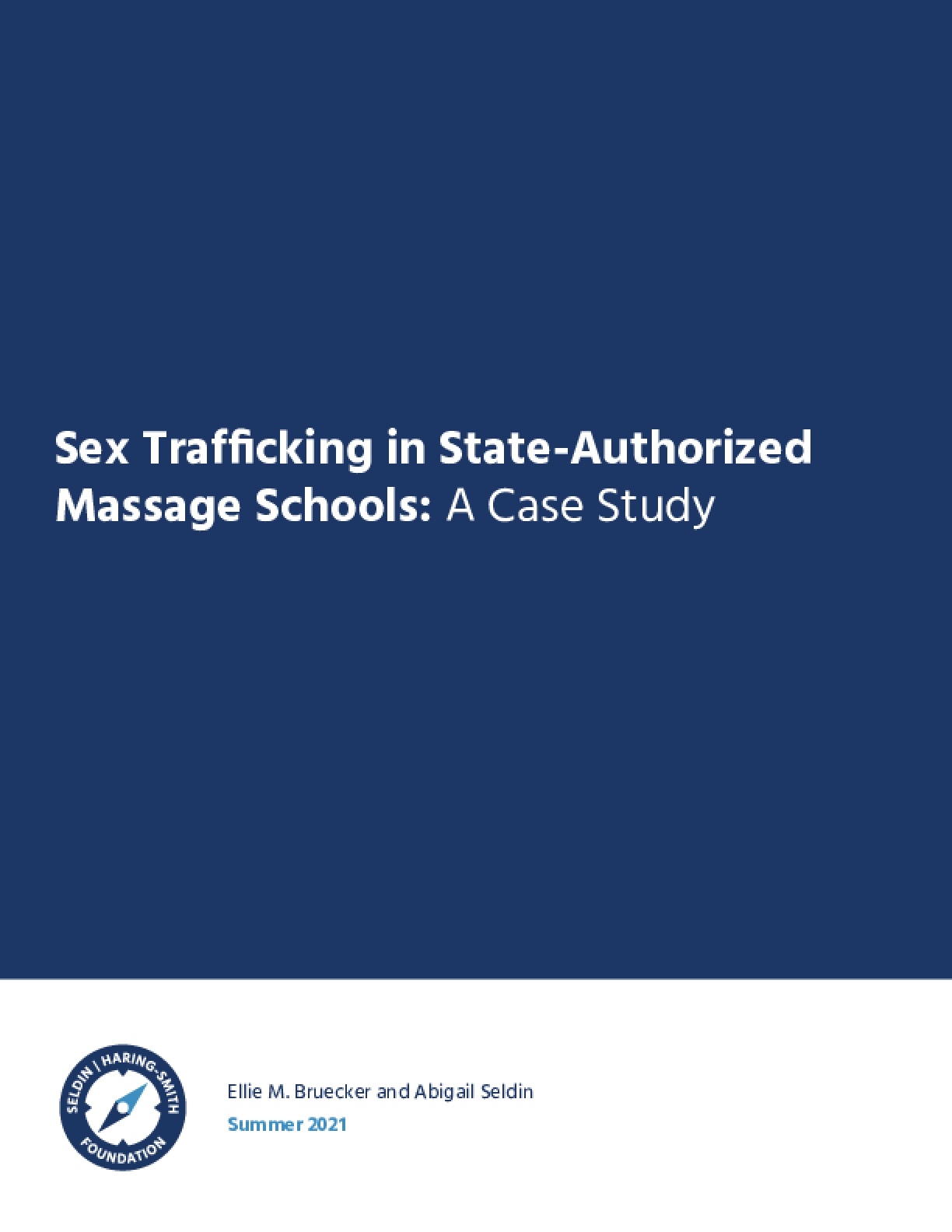