Sexual and Reproductive Health of Young Men of Color: Analyzing and Interpreting the Data,The

by Danielle Huff; Wilhelmina A. Leigh

In the late 1980's, due in part to the spread of HIV and chlamydia, data collection on adolescent sexual and reproductive health began to shift away from its focus on young females to include males. Despite certain complexities and limitations this type of data presents, research from the early 2000's is analyzed here to assess sexual behaviors and health outcomes of young men of color in comparison to other subgroups. 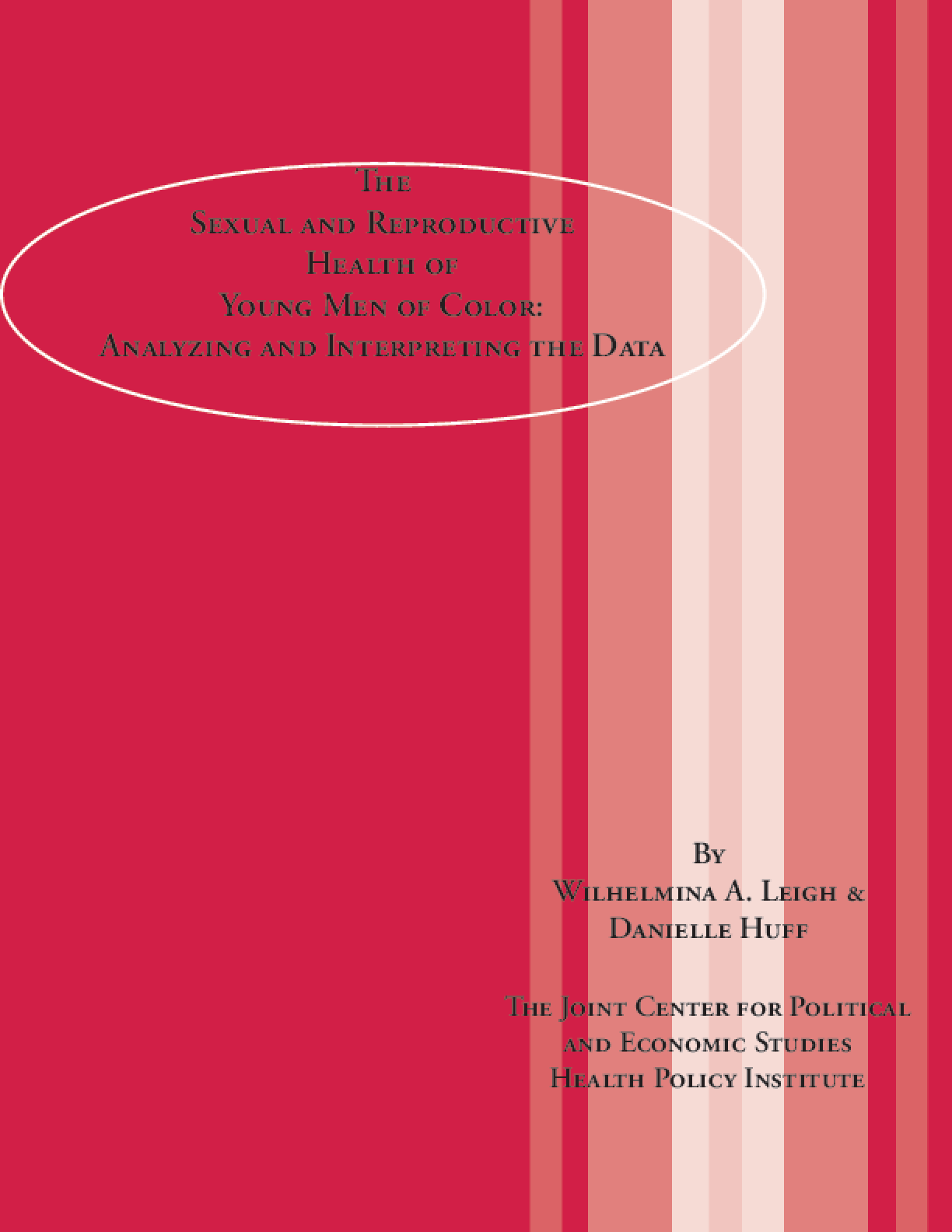