Research published over the last decade has explored the incidence, prevalence, and consequences of sexual victimization of youth, including attempted and/or completed rape, sexual coercion and harassment, child sexual abuse, and sexual contact with force or threat of force within adolescent acquaintance and dating relationships. Current research reveals that adolescents are more likely to experience sexually violent crimes than any other age group. Nationally, between 7 and 10.2% of young girls aged 12-17 have experienced some form of sexual assault, rape, or child sexual abuse, while one in five young adult college-age women have reported ever having been forced to have sexual intercourse. In New York City, one study found approximately one in four young women experienced an unwanted sexual experience in the past year. These findings reveal the urgent need to attend to the risk factors for experiencing sexual violence, the health and psychosocial implications of victimization, and to increase resources for preventing violence among youth, in New York City as well as nationwide. 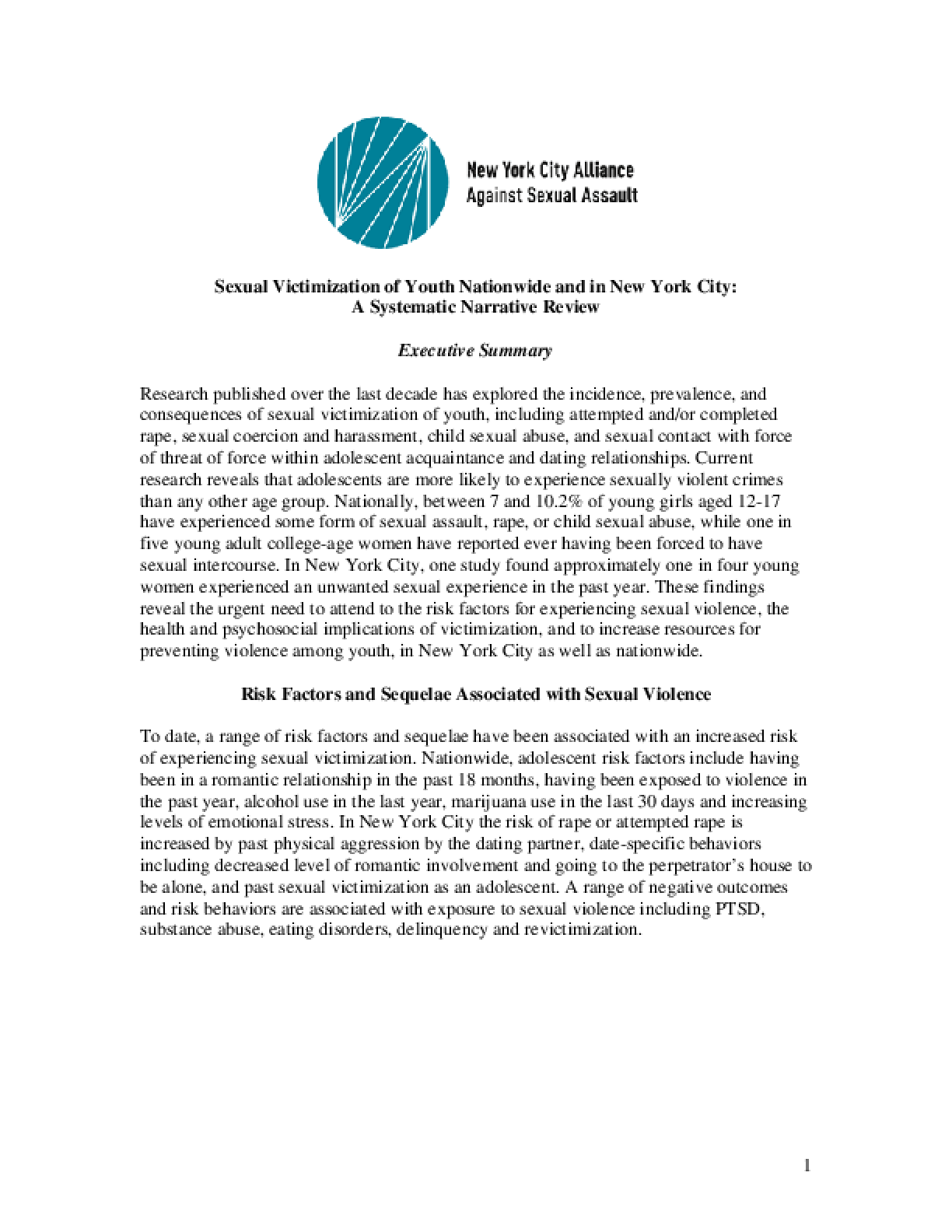