Sexual violence has been employed as a weapon of war by all of the armed groups involved in the half-century-long Colombian conflict. State military forces, paramilitaries and guerrilla groups have used sexual violence with the goal of terrorizing communities, using women as instruments to achieve their military objectives. But this type of violence also is used as a form or torture and punishment, to exert control over the population, to enforce strict rules of conduct, as a means of revenge and intimidation, or as a weapon to wound and terrorize the enemy. 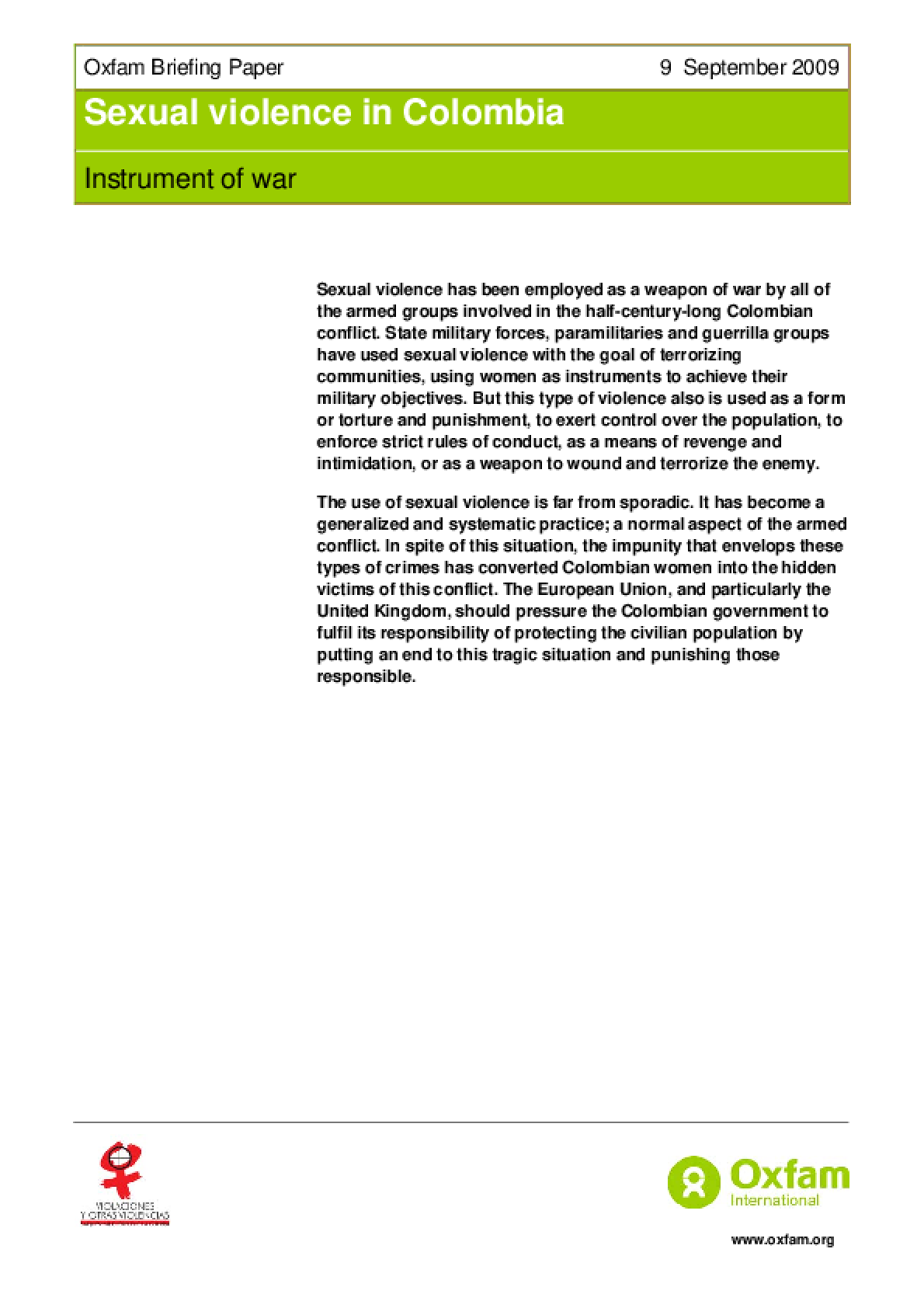