Just days after winning election, President-elect Donald Trump announced that he intends to round up and deport up to 3 million immigrants.

Such a plan, if carried out immediately, would require a massive – and costly – expansion of America's prison and detention infrastructure at a time when politicians and policymakers across the ideological spectrum are working to reduce the nation's prison population, the world's largest.

And it would likely be a major boost to the fortunes of private prison companies that profit from incarceration – even though most studies show that privately operated prisons are generally more dangerous, less effective and no less expensive than government-run facilities.

Recently, the Department of Homeland Security (DHS) decided to add 10,000 beds to its immigrant detention system, increasing the capacity to 45,000 immigrants per day. But, as a result of Trump's proposed deportation plan, the DHS could need many thousands more. Unsurprisingly, private prison stocks have soared since Trump's election.

An expansion of the immigrant detention system threatens to greatly exacerbate the mass incarceration crisis in America. And it would violate our nation's basic values and cement our reputation as a country intolerant of immigrants.

The findings of this study demonstrate that the immigrant detention system is already rife with civil rights violations and poor conditions that call into question the DHS's commitment to the due process rights and safety of detainees. Many of these detainees have lived here for years; others recently fled violence in their home countries to seek refuge in the United States.

This report is the result of a seven-month investigation of six detention centers in the South, a region where tens of thousands of people are locked up for months, sometimes even years, as they await hearings or deportation.

The South is a leader in immigration detention, holding one out of every six detainees in the United States. A closer look makes it clear why it holds this distinction.

Detained immigrants in the South are frequently denied the opportunity of a bond hearing that would free them until their cases are adjudicated.

The region's immigration courts, which are often inaccessible to the public, are hostile to immigrants not fortunate enough to have an attorney. And so they wait behind bars in remote Southern facilities virtually indistinguishable from prisons. Many of the facilities are former jails or prisons that were shut down after civil rights investigations and lawsuits revealed poor conditions and abuse.

The investigation by the Southern Poverty Law Center, the National Immigration Project of the National Lawyers Guild and the Adelante Alabama Worker Center focuses on detention centers in Alabama, Florida, Georgia and Louisiana. Three are operated by private companies and three by county sheriffs. All are paid by the DHS on a per diem basis.

The report is based on tours of each facility and more than 300 in-person interviews with detainees. They represent more than 5 percent of the average daily population of the detention centers studied. From facility to facility, their stories are remarkably similar accounts of abuse, neglect and rights denied – symptoms of an immigrant detention system where the failures of the nation's immigration system intersect with the failures of its prison system. 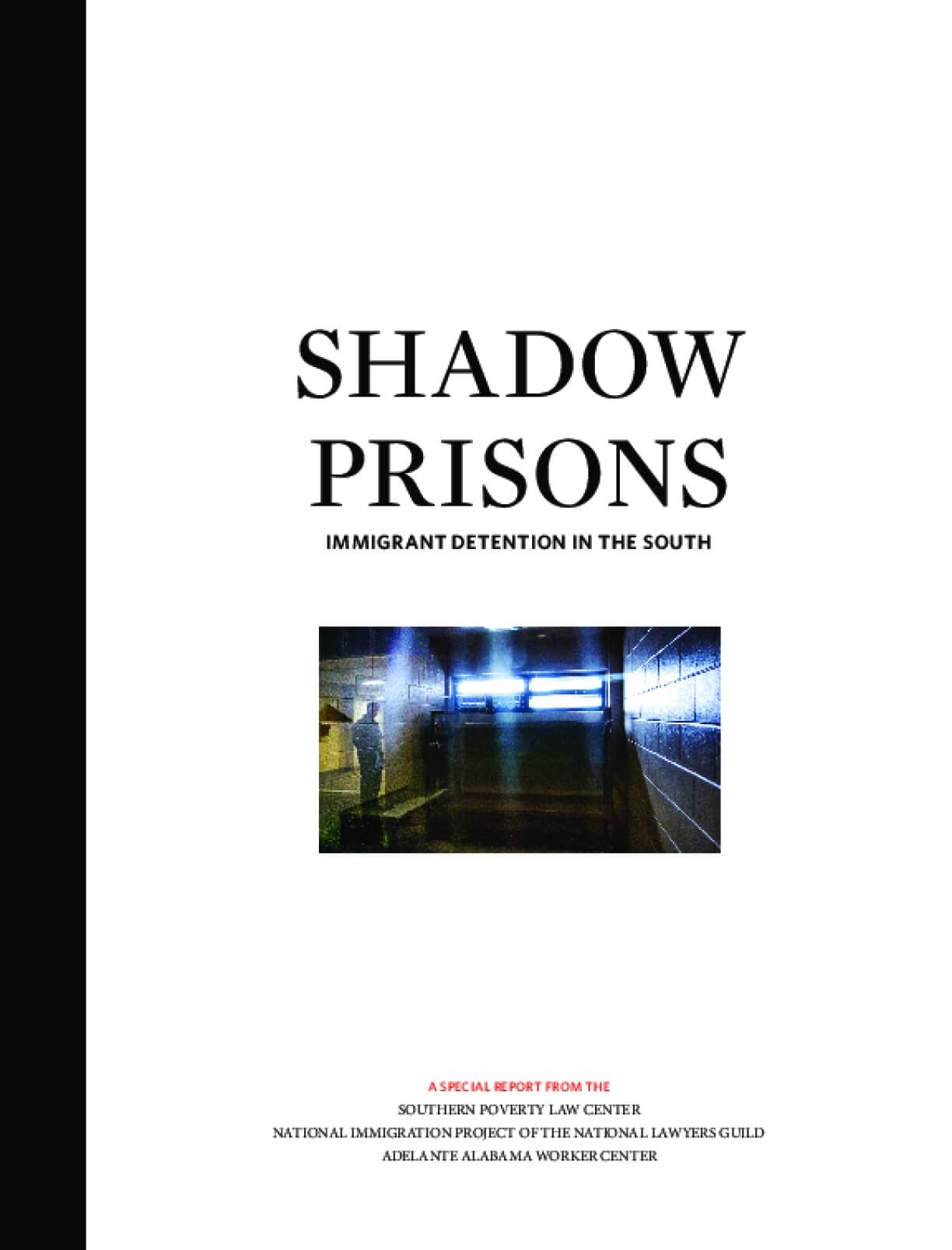