As one of New York's leading research institutions, Cold Spring Harbor Laboratory is an asset of particular value to New York State. In order to promote a clearer understanding of the multiple ways in which the Laboratory contributes to the life of New York State and its people, CSHL President & CEO Bruce Stillman, Ph.D. asked Appleseed -- a New York City-based economic development consulting firm -- to assess the Lab's impact on the state's economy -- and in particular, on the economy of Long Island. This report presents the results of Appleseed's analysis. Part Two highlights the impact of CSHL as an enterprise -- as an employer, a buyer of goods and services from New York companies and a sponsor of construction projects. Part Three explores several ways in which research conducted at CSHL contributes to the growth of the state's and the region's economy. Part Four of the report describes CSHL's Meetings and Courses Program, which each year brings thousands of the world's leading scientists to Long Island to discuss their work. Part Five describes the Lab's public education programs, which offer a wide range of opportunities for elementary and high school students, and for undergraduates and graduate students as well -- covering everything from basic scientific concepts and techniques to the latest advances in the life sciences. Finally, Part Six highlights several reasons why CSHL's impact on New York's and Long Island's economy could be even greater during the next five to ten years than it is today. 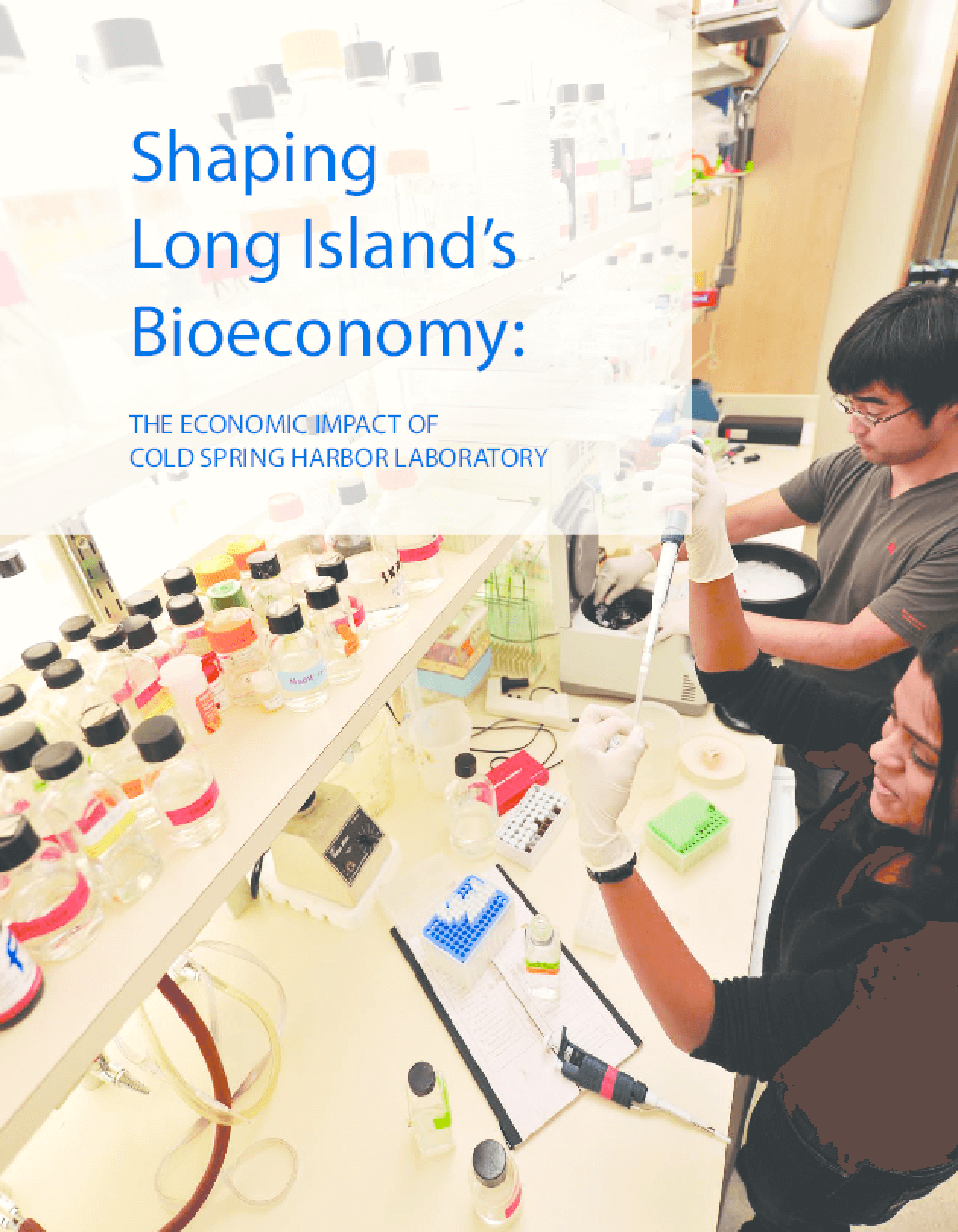