This seventh annual report card on energy financing evaluates top global private sector banks based on their financing for the fossil fuel industry. For 2016, the report has been expanded to high-risk subsectors of the oil and gas industry. It also analyzes patterns of private bank financing for coal, oil, and gas projects that have been financially disastrous and inflicted severe damage on communities, ecosystems, and the climate. The report identifies pervasive risk management failures across the North American and European banking sector on fossil fuel financing and calls for a fundamental realignment of bank energy financing to end support for fossil fuel projects and companies that are incompatible with climate stabilization.

In the past three years, the North American and European commercial and investment banking sector has engaged in fossil fuel financing practices that are deeply at odds with the global climate agreement reached at COP 21 last December. The Paris Climate Agreement's target of limiting warming to 1.5°C (or, at most, 2°C) above pre-industrial levels will require a rapid decarbonization of the global energy system. Distressingly, levels of fossil fuel financing by major North American and European banks between 2013 and 2015 are incompatible with these climate stabilization targets:

Under pressure from global civil society, several U.S. and European banks have announced restrictions on financing for coal since last year. However, most of these policies fall well short of the necessary full phase-out of financing for coal mining and coal power production; as the report's grades for extreme oil and LNG export finance indicate, banks continue to finance these sectors on a nearly unrestricted basis. Banks also continue to fall distressingly short of their human rights obligations according to the United Nations Guiding Principles on Business and Human Rights, leaving banks complicit in human rights abuses by several of their corporate clients in the fossil fuel industry. 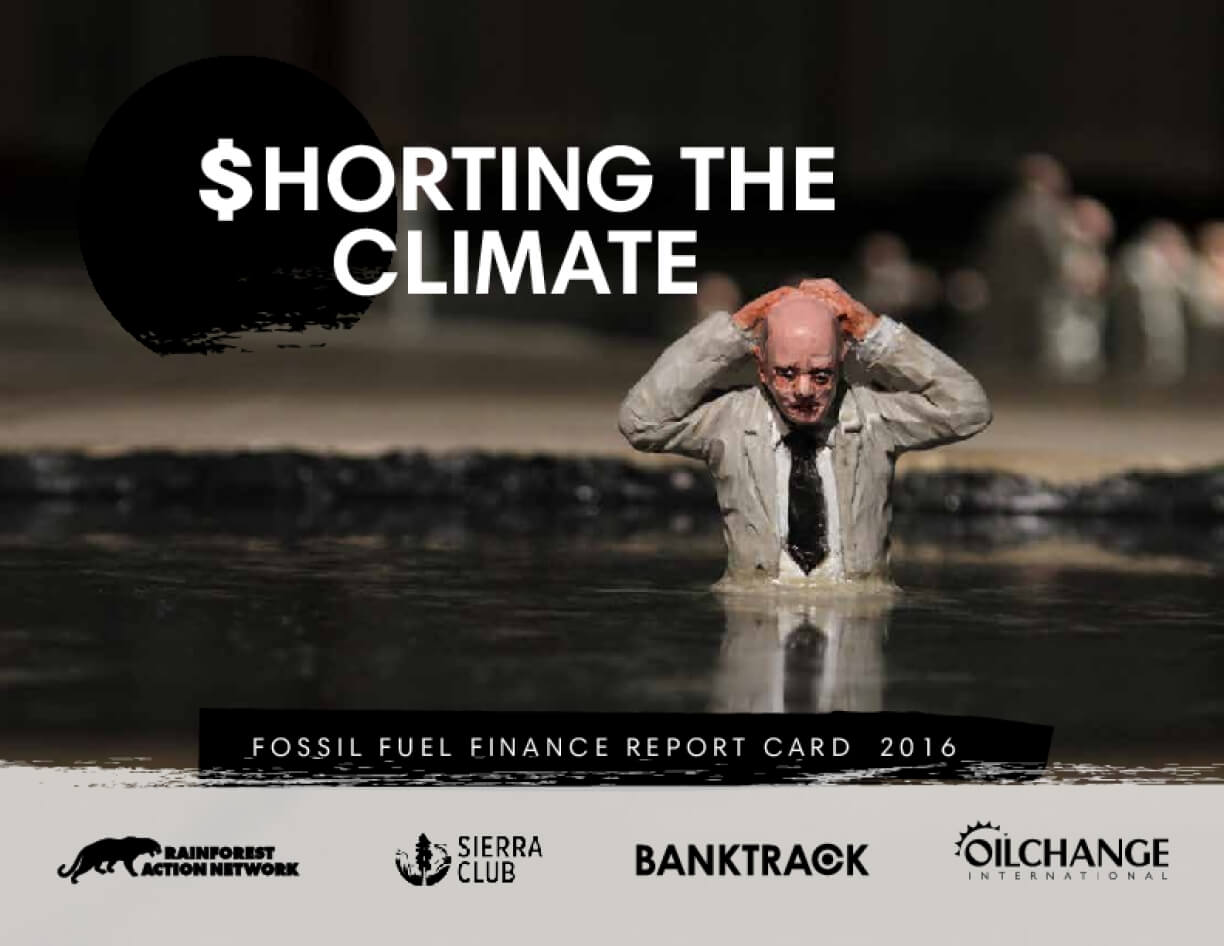