Show Me the Money! Dividend Payouts after the Bush Tax Cut

The centerpiece of President Bush's tax cut in 2003 was a sharp reduction in the individual dividend tax rate. The dividend tax cut was designed to spur investment and boost the stock market by increasing the after-tax return on corporate earnings, thus raising stock valuations. The tax cut also reduced the tax bias against dividends to spur larger payouts to shareholders. That reduces the amount of discretionary cash available to executives and will likely reduce the number of Enron-style corporate financial scandals. This study examines the impact of the dividend tax cut after one year. We gathered data on dividend payouts before and after the 2003 tax cut for all Standard & Poor's 500 companies. We found a highly positive response to the tax cut: The large and positive response to the dividend tax cut, which is scheduled to expire at the end of 2008, suggests that Congress should make it permanent. 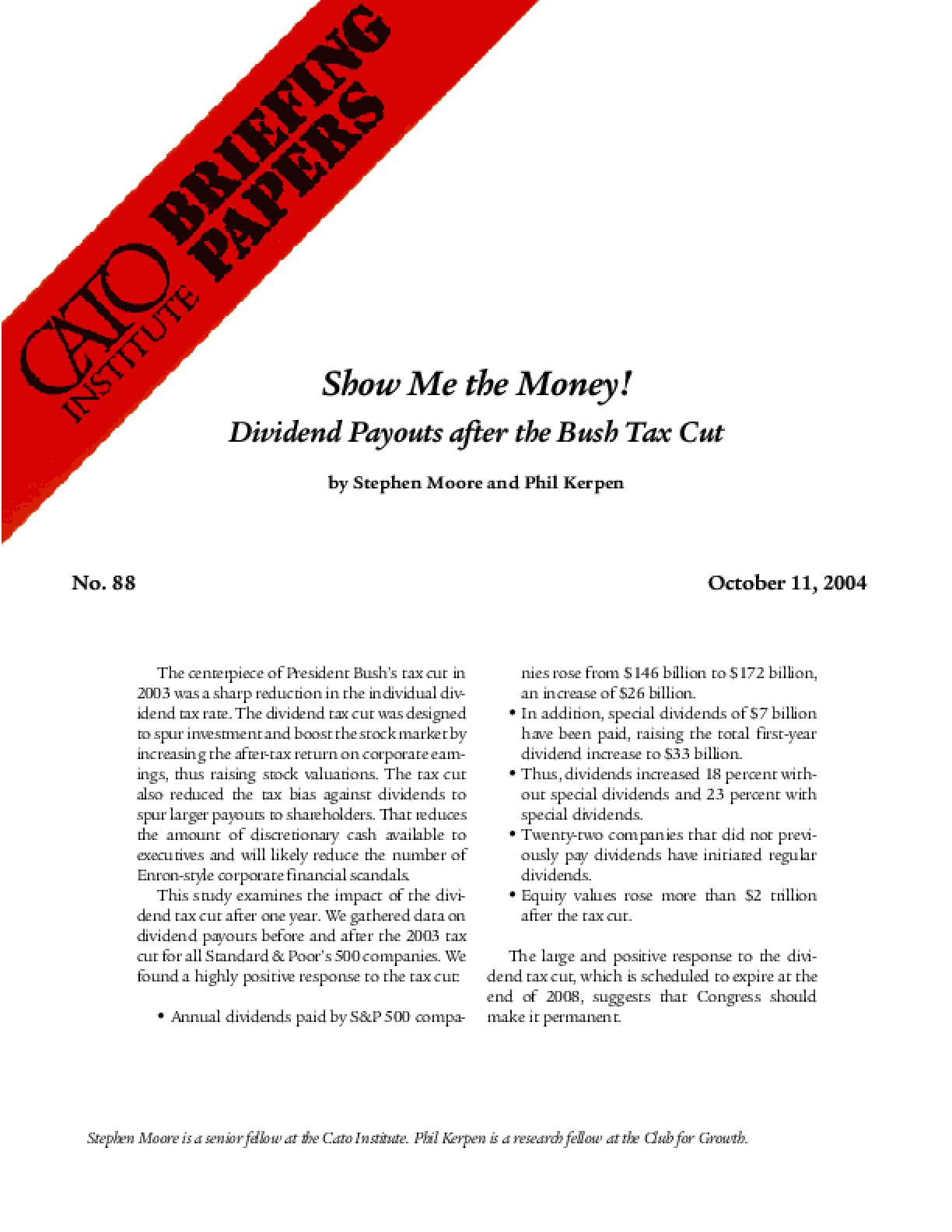