Sinking SCHIP: A First Step toward Stopping the Growth of Government Health Programs

Federal lawmakers are considering legislation that could result in millions more middle income families obtaining health insurance from government. Unfortunately, the debate over expansion of the State Children's Health Insurance Program is divorced from the reality of who truly needs assistance and the forces that are making health insurance increasingly unaffordable. SCHIP and its larger sibling Medicaid currently enroll many people who do not need government assistance, including some families of four earning up to $72,000 per year. That is a direct result of federal funding rules that reward states for making more Americans dependent on government for their health care. Rather than expand SCHIP, Congress should (1) make private health insurance more affordable by allowing consumers and employers to purchase less expensive policies from other states, and (2) fold federal Medicaid and SCHIP funding into block grants that no longer encourage states to open taxpayer-financed health care to nonneedy families. With more Americans able to afford private insurance and no incentive for states to expand government programs beyond the truly needy, federal and state governments could reduce spending on those programs. 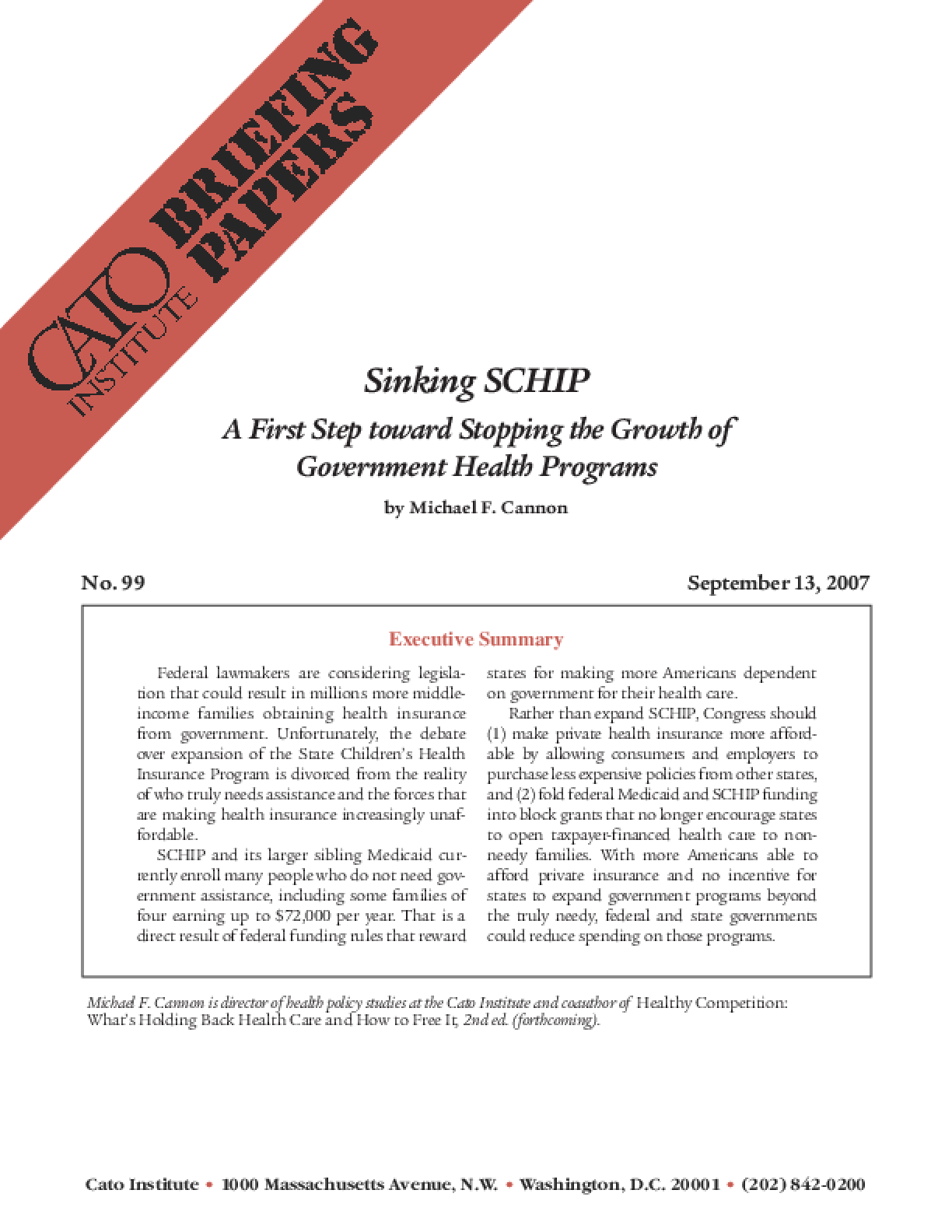