Fifty years ago, only 5 percent of the total assets of America's largest 50 foundations were held by spend-downs, compared to 24 percent in 2010. Spend-downs are even more influential when measured as a percent of giving, since they disburse money at a higher annual rate than foundations that aim to last forever. In 2010, 31 percent of giving from the largest foundations came from spend-downs (a figure that reflects the outsized effect of Bill and Melinda Gates and Warren Buffett). 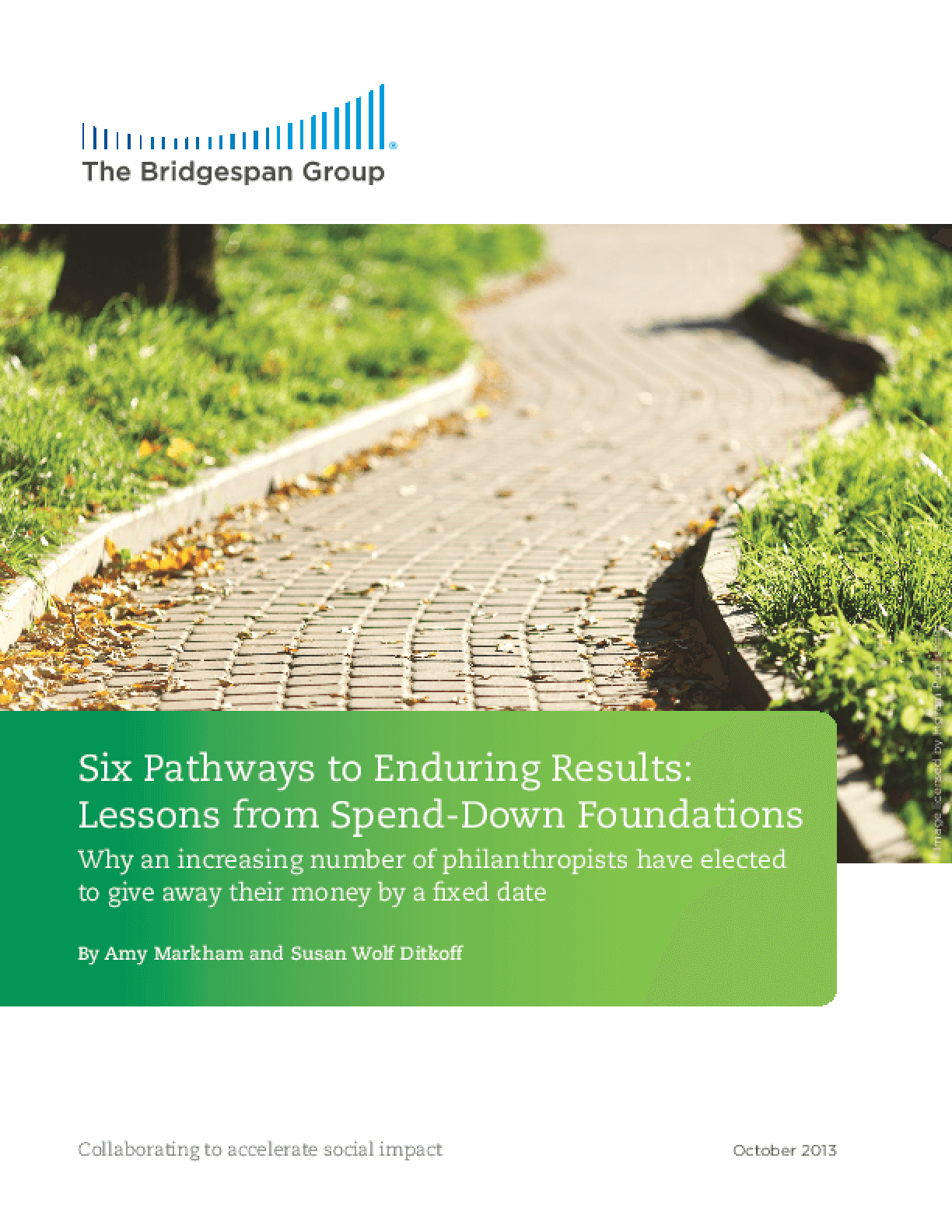